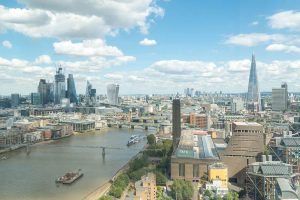 Research by London lettings and estate agent, Benham and Reeves, has revealed just how much it costs to purchase a property within reach of the Capital’s most famous landmarks.

Benham and Reeves analysed house price data across postcodes home to 15 of London’s best-known locations including the Cutty Sark, Tower Bridge, Trafalgar Square and the Shard to name but a few.

The research shows that on average, property prices surrounding these 15 famous locations comes in at a cool £1.3m, 159% higher than the current London average of £500,310.

Hot on the heels of the Royal Albert Hall is Piccadilly Circus, where London homebuyers would need to fork out an average of £2m to live within reach of its famous lights. Westminster Abbey also ranks high with an average price of £1.9m, along with Trafalgar Square where prices are a slightly more affordable £1.5m.

The Cutty Sark presents the most affordable foot on the London landmark property ladder, with an average property price of £581,872, with the neighbouring Royal Observatory also providing a relatively affordable option at £625,030. That said, both will still set you back between 16% and 25% more than the London average.

“Given that the majority of London’s most famous landmarks are situated in some of the capital’s more prestigious neighbourhoods, it comes as no surprise that property prices command a notable premium.

A property purchase in the top tiers of the London market is very much about status and what better way to boost this status by purchasing a home with the likes of the Royal Albert Hall or Big Ben on your doorstep.

These famous landmarks can almost act as an additional draw in the same way that a good transport link or school might and homes surrounding them are particularly popular amongst foreign buyers keen to secure a true slice of the London lifestyle.”