Finding a property with Benham and Reeves

When it comes to buying a home in London, our comprehensive knowledge of the local property market goes a long way towards smoothing the process. As your estate agent, we are on hand to steer you towards the right property purchase while keeping you informed and involved, every step of the way.

Investors on the lookout for rental investment opportunities depend on our unique knowledge. We know what are the best buys on the London property market.

Having worked closely with local homeowners, we can quickly alert and advise investors. We act as their “eyes on the ground” concerning prices, trends and new developments.

Our extensive opening hours and marketing reach allow our agents to arrange all necessary viewings. Buyers remain informed and in touch throughout the process.

Our advice covers the entire purchase. We can consult on valuations, legal matters and the entire moving-in process. We can even help with the furnishing of newly bought homes.

Speak to one of our experts

I was assisted by Brett and Veronica. They were very professional and fast for every request and need. This was very important for me because I moved from Italy with my children and everything was new for me to settle. Many thanks for your kind and effective assistance!

Benham are the go-to place for letting in W8

I’ve used Benham and Reeves to let my apartment for nearly 20 years. Their Letting service is excellent and their local knowledge and reputation leads to a ready supply of first class tenants. The Management Service is very efficient for both tenant and landlord; the quality of maintenance and staff are first rate—I have complete confidence in them. The record keeping is prompt and accurate. I would not hesitate to recommend their services.

I would highly recommend this agency to anyone seeking a rental in London. They were extremely helpful regarding our various questions both relating to the accomodation and to London in general. Requests were dealt with immediately and efficiently and often the personnel went over and beyond what would be expected. Overall, all personnel I had the opportunity to exchange with were excellent professionals.

Very clear, professional and friendly communication. Easy to get in touch with and happy to follow up. Brett was our negotiator and Veronica our administrator. They are very diligent and synchronised.

Philip has been wonderful in our house hunting in London. He listened to our needs and had been so patient in finding that right one. The whole process took a year and he was never discouraged. Instead, he was always very accommodating and positive. Now, we have finally moved into our new place. We highly recommend Philip to anyone who is looking for their dream home. In fact, we have already referred some friends to him. Thank you Philip and we appreciate all your help!

I am very pleased with their services. I am an overseas landlord and they have exceeded my expectations for a number of years. Quality service indeed.

We are pleased with the service thus far, and would not hesitate to recommend B&R to friends and family. Thank you team!

I have been a client of Benham and Reeves for nearly 20 years, and in that time I have found them to be very professional in everything they do and have served my needs exceptionally well. Abbas and his team have taken very good care of my property, and all the work that goes along with being a landlord over seas. They know their job, and the market inside out. I would have no hesitation in recommending Abbas and the team at Benham and Reeves for any potential property lettings.

Very good person, very eager. And work seriously, willing to meet the requirements of the customer.

I like B&R in several aspects. Our flat in Aldgate East is always tenanted - B&R easily finds tenants. They have a good network and know how the market stands so can recommend the right rental price. I am also happy with the admin/financial platform in place. Abbas is the one who contacts me on finance matters. I have been a client for almost 20 years and am very happy with your service.

I am happy with the responsiveness of the agents. They have been answering the emails always in a timely manner. I was a bit upset I had to insist 1 month on getting a new sink (initial one broke as it was not a sink). That was not great. But they are always there when I have a question and have helped me to discuss issues with water and gas meter with Landlord. The team is polite and nice, I am glad they are here.

I have been working with Benham and Reeves for a few years now. They have been managing a few of our properties and I’m very happy with them. They are very professional, efficient and thorough. I would recommend them to anyone looking for a good property manager.

I just wanted to drop you a line to say thank you for providing me with an excellent service. You proactively sought out properties that met my investment criteria which led me to purchasing an ideal property. I appreciated your friendly and professional manner and felt I could really trust your judgement, which is something I did not feel with other estate agents. I would highly recommend using your company and will hopefully be purchasing another property through you soon.

I was happy with your service particularly in keeping the sale alive when the vendor was losing faith. My agent (Sofia) was invaluable in overcoming the various hurdles and concluding the sale successfully. Thank you from a satisfied buyer! 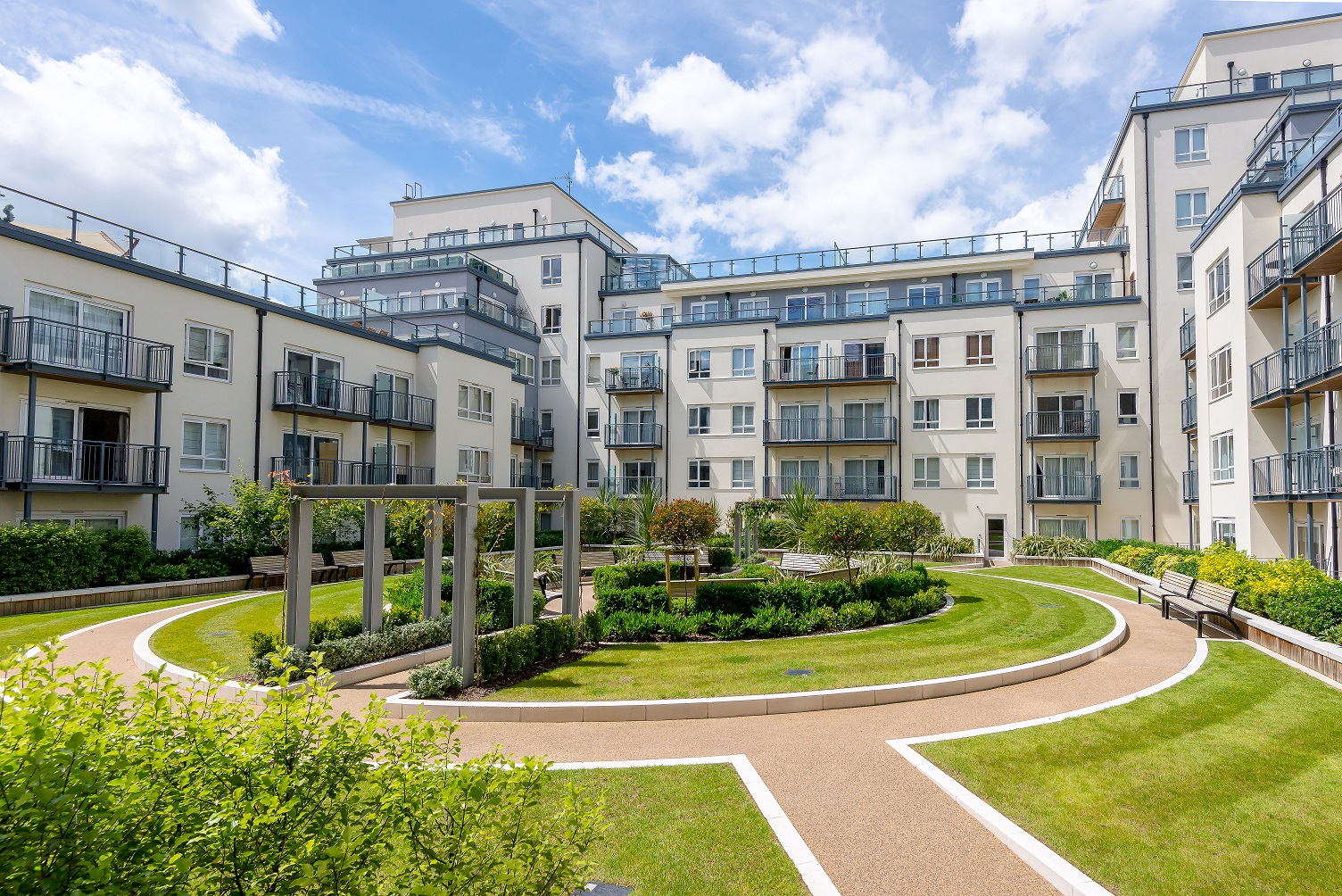 There has been a dramatic increase in enquiries from homebuyers looking to purchase London property following Boris Johnson’s December general election win and the UK’s departure from the EU on January 31st, according to Rupal Patel, Manager of Residential Sales. Rupal, who has joined Benham & Reeves from Savills and has nearly two decades of experience in the residential sales market, reports that there has already been an immediate and significant upturn in both the number of new buyers registering with the company and the number of valuations being carried out.

Enquiries from home buyers flood in

"As soon as the election win was announced, there was a substantial increase in enquiries as pent up demand was released - in fact December was one of the busiest on record, with our office receiving three times the number of offers in the last two weeks of the month than in the first two. After several years of instability and subdued house price growth following the Brexit referendum in June 2016, the positive news of the Conservative election victory and the subsequent hurdle of leaving the EU being overcome, means that homebuyers and sellers can now look forward to greater certainty and stability after years of putting their plans on hold. We immediately saw a swift increase in confidence as activity increased and this is quickly filtering through to all corners of the property market. Homebuyers and sellers had been holding back but now we are seeing a definite surge in interest for homes in the capital, both resales and brand new properties.”

Valuation requests on the rise 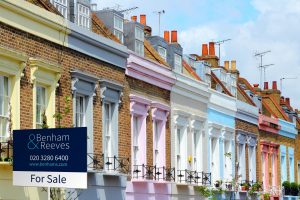 “We have had a strong start to February, with new buyer registrations and transaction levels increasing quickly since the start of the year. We are also seeing a growing number of valuation requests from homeowners now actively looking to sell and momentum is picking up noticeably across all areas of the London property market. Demand from homeowners looking to move, either with a new job or to be within the catchment area of a specific school, is definitely increasing. Interest rates remain low and may drop still further, so with borrowing cheap this has also had a positive knock-on effect on confidence and affordability. “Of course a large number of buyers are from overseas, particularly from Asia and China - most of these are buying a property in London for their student children to live in while they are in the UK. While many of these do not need to borrow, they too are returning to the market, encouraged by the continuing currency discount and the greater feeling of positivity.”

Increase in demand leading to shortages of properties

“The fundamentals of London property remain strong and this renewed sense of confidence is now giving a much-needed boost to the market. But there remains a shortage of good properties coming onto the market and we have waiting lists of potential buyers on our database looking to buy properties right across London, from Beaufort Park in North London to Battersea, south of the river. Finding good stock is a key issue and these buyers are ready to move quickly, in weeks or even in days if the property is right for them so the current outlook is extremely positive.” If you are planning to buy or sell a property in London, contact our sales team for a free valuation of your London property or to discuss current properties available for sale across the Capital.
Read the article