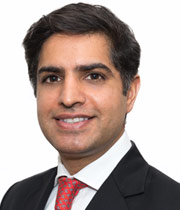 Vidhur studied Management Sciences at Manchester University, focusing on accountancy, before going on to qualify as a chartered accountant. He began his career working in investment banking but after several years decided to join Benham and Reeves in 2003. Since then he has expanded the finance department, introducing a broader range of services to encompass all financial aspects of property investment, from collecting rent through to completing tax returns (or ATED returns for overseas companies).

He has also put in place operational procedures and controls which have enabled the company not only to provide a first-rate service to clients, but also to provide the backbone to its successful and continuing growth.

Email Monika
Monika has been working for us since 2008, first as an Office Administrator at several of our branches, including Hampstead and Highgate, and now as PA to Vidhur Mehra, our Finance Director. "It's a challenging role but very rewarding," reports Monika, who is putting her organisational skills to good use in her new position, which she took up in 2013.

An accomplished linguist, Monika speaks five languages, including Russian and German. She lives in West Kensington.

Tyrone has worked for the company for over seven years now and has built up strong, trusting relationships with our clients ensuring that all elements of the Accounts process run as smoothly as possible for them. In his spare time, Tyrone loves to dance and is the life of any party; he is also an avid fan of Manchester United. 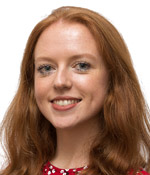 Email Alexa
Alexa enjoys her team support role as well as helping landlords and tenants with queries ranging from rental arrears to statement requests. A good communicator, Alexa has a BA(Hons) in Business economics and 1 year's property management which brings with a wealth of transferable skills. A keen marathon runner, in her spare time, Alexa also enjoys sports and walking in the countryside. 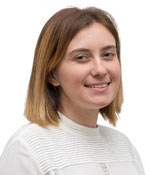 Email Diana
Diana is the Client Account Administrator and her responsibilities include transfers, booking invoices, payments and ensuring all client information is stored with encryption for full safety purposes. With a BA Honours in Building, Painting and Book Restoration, Diana has an astute attention to detail, patience and a fast learner.

Outside of work Diana enjoys reading, swimming and watching movies and tv series.

Email Ana-Maria
Attention to detail is essential for Ana-Maria's role as a Client Account Administrator in our accounts department where one of her key responsibilities is to check new letting agreements and management contracts.

Ana-Maria has a degree in Law and Business and before joining Benham and Reeves she held several accounts roles in the retail industry.   Travelling and reading are amongst her main interests outside work.

Ling has worked for the company since 2001 and is responsible for purchase ledger maintenance, year end accounts preparation and VAT reporting. She has many years of accounts experience in the property industry, previously working for companies including Richard Anthony & Co and Sunway PRK, a property construction company. Away from work she's a keen cook and mum to two lovely, lively boys. 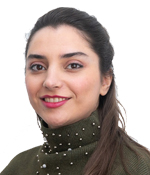 A self-motivated learner, Mahsa brings a positive attitude to her role, along with knowledge acquired while obtaining a master’s degree in Accounting & Business Management. Her analytical skills and forensic attention to detail are essential for her day-to-day tasks which include keeping track of all deals agreed by our UK and international sales teams; assisting with Anti-Money Laundering risk assessment checks and responsibility for raising sales commissions and marketing events invoices. Outside of work, Mahsa enjoys socialising and spending time with family, cooking and yoga. 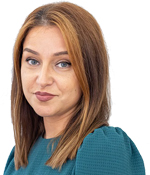 Email Adelina
Strong attention to detail is essential for Adelina’s role as Client Accountant where one of her key responsibilities are dealing with landlord’s queries, processing tenant references and contractor payments. Adelina has a BSc in Business, a Management BSc in Economics and an ARLA Propertymark qualification plus plenty of previous experience working in client account roles. Painting, travelling, walking and listening to music are amongst her main interests outside work.

Christina is responsible for landlords' tax returns and also payroll and heads up our Group Accounts teams. She has extensive accounts experience, previously working for the Doyle collection and alongside forensic accountants with DEFRA on Foot and Mouth disease. She loves sports, particularly skiing and badminton. 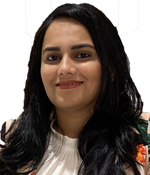 Email Dhvani
As a chartered accountant and commerce graduate with extensive experience in finance, accounts and taxation, Dhvani’s main responsibilities involve the preparation of tax returns and helping our overseas clients with taxation matters. Outside of work, Dhvani enjoys reading and travelling so she can explore different cultures and experience new cuisines. 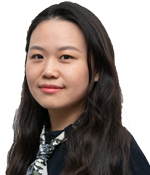 Email Lauretta
With a degree in financial management, Laura has good bookkeeping and general accounting experience gained in previous roles. She now assists with profit and loss calculations and completing and filing tax returns for our overseas clients. Conscientious and detail-minded, liaising with clients and responding to general tax enquiries is what she enjoys most about her role. For relaxation, Lauretta enjoys musical theatre and watching drama series. She is also an avid stamp and coin collector.

Email Andrea
Andrea joined the Accounts Team from her Property Administrator role in our Management department and brings to her accounts role many transferable skills including a keen eye for detail. Andrea's duties include co-ordinating rent payments and liaising with landlords and she also provides general accounting support within the department. Andrea loves cake baking and is also a keen swimmer and tennis player. 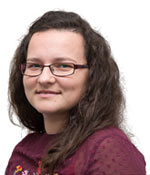 Email Raluca
Raluca is the Assistant Accountant, besides dealing with the landlord’s tax return, she also deals and focuses on invoices, postings and reconciliations. Raluca appreciates her role as she enjoys preparing the financial statements, accounts and processing the invoices.

Outside of work Raluca spends most of her time reading, listening to music and travelling.