Home NewsStamp duty around the world

Stamp duty around the world

Stamp duty, so called because it was a tax levied on the legal transaction of documents, began in Spain in the 1600s. It soon spread across Europe as a legitimate means for authorities to raise funds. It was adopted in England in 1694 to support the king’s war effort against France. A similarly interesting historical fact is that an attempt to introduce stamp duty in America saw the outbreak of its war of independence from Britain. And that pretty much sums up how most people feel about stamp duty.

As taxes go, it is viewed as particularly unfair. Mark Bogard, Chief Executive of the Family Building Society, comments: “Stamp duty is very brutal because you have to write out a cheque to the government from your post-tax income.” In addition, writing for City A.M., Richard Brown of Centre for London, notes that because it is only taxing ‘transactions’ it stifles the property market; and as half of all English revenue the UK government generates from stamp duty comes just from London which seems pretty unfair for London homeowners. Moreover, Brown points out, it is an unreliable tax base because of the vagaries of the property market itself – if values fall, revenue dips or worse, if values fall significantly, sales are likely to grind to a halt and then the income from the tax ceases. Brown argues in the piece that the UK government should use Brexit as an opportunity to rethink and reform stamp duty into a tax that will generate a fairer, more reliable source of income. This seems an unlikely course of action though – it was only a year ago that stamp duty was adjusted to take buy-to-let investments into account.

A potted history shows that stamp duty in the UK was 1% on properties that cost more than £60,000 until 1997 when the government, realising it was missing out on a significant revenue source, introduced a banding system to charge more tax on higher-value properties. Tellingly for the time, the highest value band was £500,000 – which by today’s standards for London is unthinkable. The bands have been adjusted in the years since so now the minimum value for stamp duty is £125,000 and any property sold for more than that in the UK will pay proportionate stamp duty. Each year it raises billions in revenue for HMRC – in 2015 to 2016 alone, it generated a staggering £14bn. You would think that the government would shy away from doing anything that might jeopardise either the market or such a valuable revenue generator.

Because stamp duty is directly linked to the property’s market value, stamp duty can be used to control the market, at least a little. In 2015 the Bank of England warned that buy-to-let investments were ‘ruling the roost’ and that it was creating affordability issues for first-time buyers as well as causing the market to stagnate. With fewer homes being sold, an already depleted supply of housing stock was reaching critical levels. The government acted by introducing a higher stamp duty levy on second homes (amongst other measures) so from April 2016, anyone buying a second (or more) property in the UK had to pay an additional 3%. The Treasury welcomed increased income – especially from foreign sources.

Of course, the UK isn’t alone in levying stamp duty on property exchanges, nor is it alone for using the tax to try to calm or control the market. In Singapore for example, the Monetary Authority has enforced cooling measures that include stamp duty changes due to concern that mortgage rates are low and prices were likely to rise in a “renewed and unsustainable surge” (Ravi Menon, Managing Director of the Monetary Authority of Singapore). Its stamp duty rates are 0% for a citizen, 7% for a citizen to buy a second home; 5% for a permanent resident and 10% for a permanent resident to buy a second home; 15% for all foreigners and corporations regardless of whether they are buying one or more homes. Menon commented that it was in response to Singapore’s neighbours’ (Hong Kong, South Korea and New Zealand) attempts to control their booming housing market: “We must be vigilant that tightening measures elsewhere do not lead to spill-over of investor demand into the Singapore market. Easing the measures now would send a wrong signal.”

It’s a similar story in Australia where Sydney is buckling under the pressure of being the world’s second most expensive property market. In just five years, prices have risen by 75% thanks to a chronic shortage of housing and low-interest rates. Buy-to-let investors, particularly from abroad, are bearing the brunt of the blame. Stamp duty in Australia is based on house price and region so ranges from 1% to 7% (for the most expensive properties in New South Wales) however, there is a  stamp duty ‘surcharge’ for foreign investors and that has been raised to ‘calm’ the market.  For foreign buyers in the state of Victoria (includes Melbourne) the rate climbs from 3% to 7% and for those purchasing in New South Wales (includes Sydney) the rate increases from 4% to 8%. So a doubled surcharge, on top of high stamp duty combined with a rise in the annual land tax on foreign homeowners (of 2% from 0.75%) and an abolition of stamp duty concessions for off-plan properties (popular with foreign buyers) all amounts to a huge expense. It seems that Australia is not taking any prisoners when it comes to overseas investors.

And what of the world’s most expensive property market, Hong Kong? Average property prices here have almost trebled since 2008; in 2016 alone they rose 8.9% in nine months. The rise has prompted top officials to raise stamp duty for the second time in as many years. It now stands at 15% for a second, or more, property purchase. Chinese Chief Executive Leung Chun-ying (former Asia-Pacific chairman of property consultancy firm DTZ Cushman & Wakefield) said of the move, “Hong Kong’s home prices have risen much too quickly. [It has] been a major issue for the city, affecting the lives of the public.” Whether this will dampen mainland Chinese interest remains to be seen, after all, Beijing has employed its own property calming measures and with the yuan depreciation, investors are avidly seeking guaranteed returns.

Those who are serious about their returns would do well to consider cities where the stamp duty won’t break the bank. Peter Izard, Business Development Manager for Investec Private Banking notes: “London remains an attractive location for residential property buyers and investors around the world. Not only is it a truly global city with some of the most sought after real estate in the world, but it also offers considerable economic and lifestyle benefits. 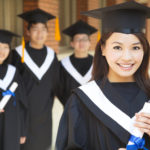 “The UK offers property buyers safe title in a stable political environment, which has an attractive corporate and personal tax regime. For example, foreign buyers purchasing a £1m property in London will pay £73,750 in stamp duty whereas in Sydney they will pay £105,970, in Singapore £177,268 and in Hong Kong £300,000 on the same value property (source: JLL Residential Research). London also offers considerable historical and cultural appeal, as well as excellent education facilities. Despite concerns about the possible effects of Brexit, London continues to be a leading location for overseas investors.”

Izard makes a strong point, in a global comparison, the UK fairs well. In countries with strong property and rental markets, stamp duty seems to serve as an economic check and balance. In countries where it is less of an issue, stamp duty is almost an afterthought. Denmark, for example, has renamed stamp duty but it still stands at 0.6% on deeds and 1.5% for property loans. In Sweden it is 1.5% for deeds and 2% on loans. During Ireland’s property boom, stamp duty rose to 9% but was reduced during the crash to 1% for residential properties up to €1m and 2% thereafter (stamp duty is also charged to tenants at 1% of the rental value above €2,500 a month). In the US however, stamp duty comprises a number of levies relating to the transfer of a property and often referred to as closing costs. What is most notable is the number of elements that incur a fee – it’s like going for a meal and tipping for each item consumed. Perhaps that is how the US controls its property and rental market.

So then the question has to be asked: how does stamp duty affect a market’s rental potential? The Telegraph notes the April 2016 stamp duty rise actually benefitted renters in the London market who saw more properties become available. Other commentators note that rising stamp duty doesn’t deter investors and that, if anything, is negated by higher rents. Melissa York writing for City A.M.shows that the idea of rising stamp duty to control the buy-to-let market is an ineffective strategy in Britain at the moment. 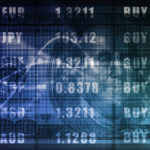 Citing Rightmove’s reported drop of 1.9% in prime London prices in the past year, continued low interest rates and the Brexit-induced depreciation of sterling, she says property has never been cheaper for overseas investors – especially those buying in US dollars. “Exchanging US dollars to British pounds is saving US buyers thousands of pounds and in many cases, cancels out the cost of stamp duty.” York focuses on an increase in US investor interest in London but the same is true for all overseas investors here.

It’s an attractive mix which reinforces property’s position as the top-performing investment over the long term. George Toumbev, Head of Lending Proposition at Coutts adds:

“We are seeing there is still demand for well priced properties in top areas, especially the London ‘golden postcodes’. Values for the bulk of the market have held up, but frequency of deals has decreased with uncertainty around Brexit – buyers and sellers are keeping a watchful eye.  One of the main drivers we see acting a break to any significant downside correction is the ongoing imbalance between supply and demand; despite efforts to reform them, restrictive UK planning laws are a major contributor to this.”

“International buyers still find the UK, and London in particular, very attractive.  Transaction numbers remain strong in the High-Net Worth segment, however, it is clear there has been a general slowdown with uncertainty around the economy and Brexit.  Stamp duty changes, along with updates to tax rules, have had an impact on Buy to Let. We have definitely seen a small shift in business mix away from BTL for new business.  Nevertheless, Buy to Let remains a key feature of the market as property remains, and will remain in the foreseeable future, the biggest assets class for the UK’s wealthy.”

In a world of competitive housing markets, spiralling prices and abrupt stamp duty rises, London shines as a beacon for getting a good deal on a strong, long-term property investment.