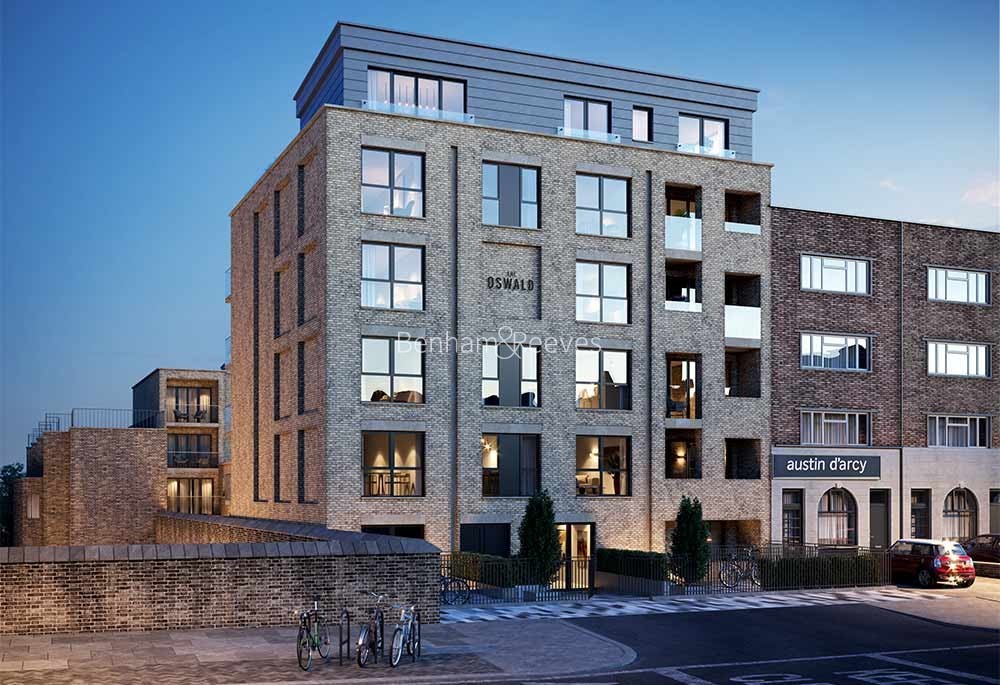 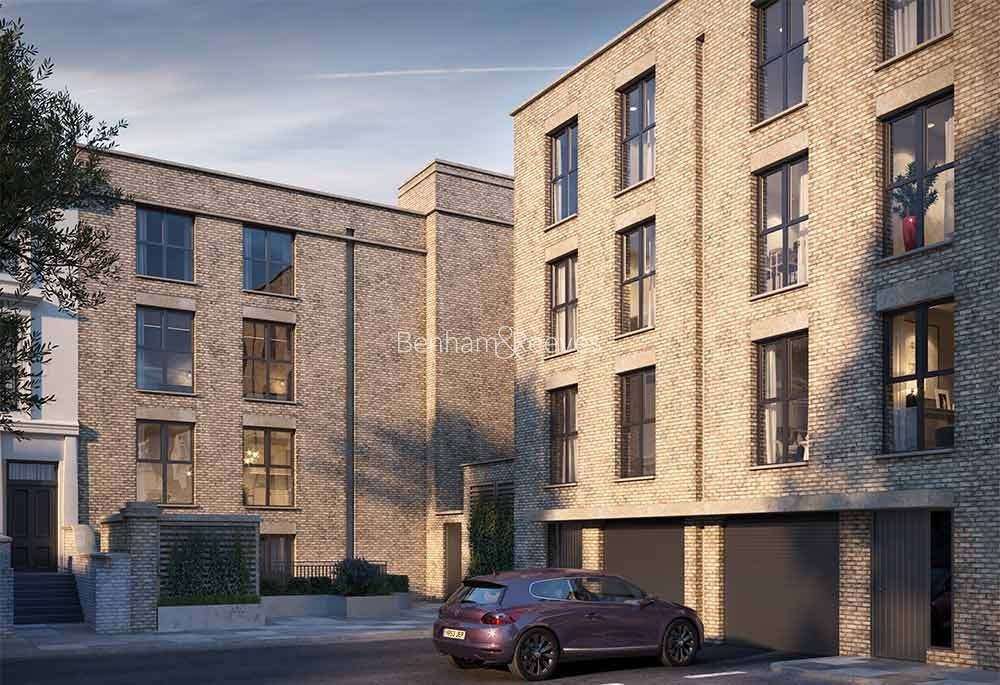 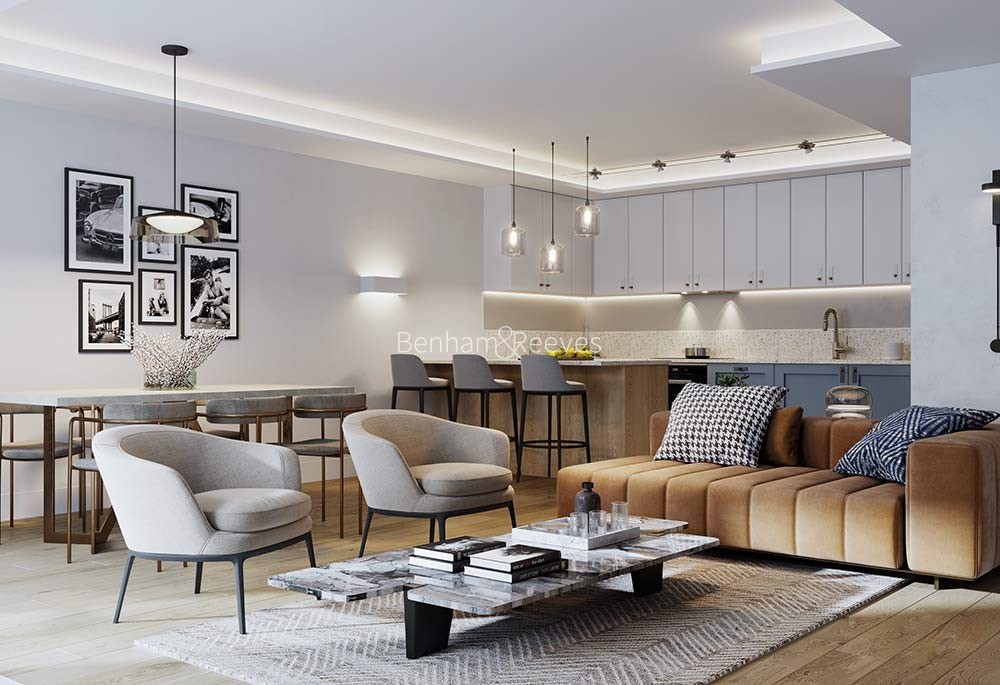 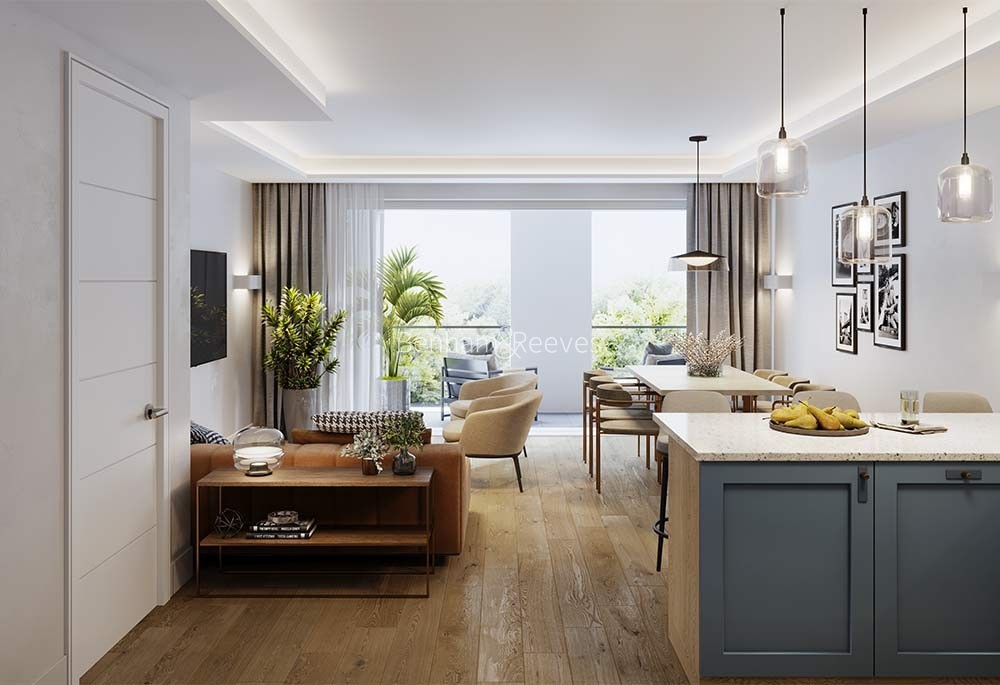 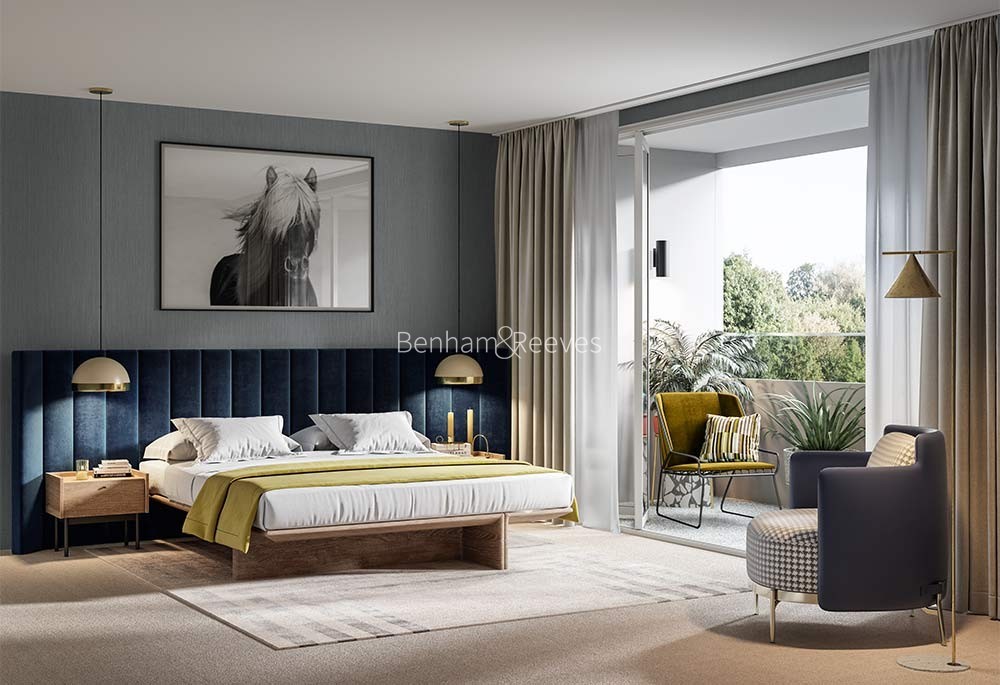 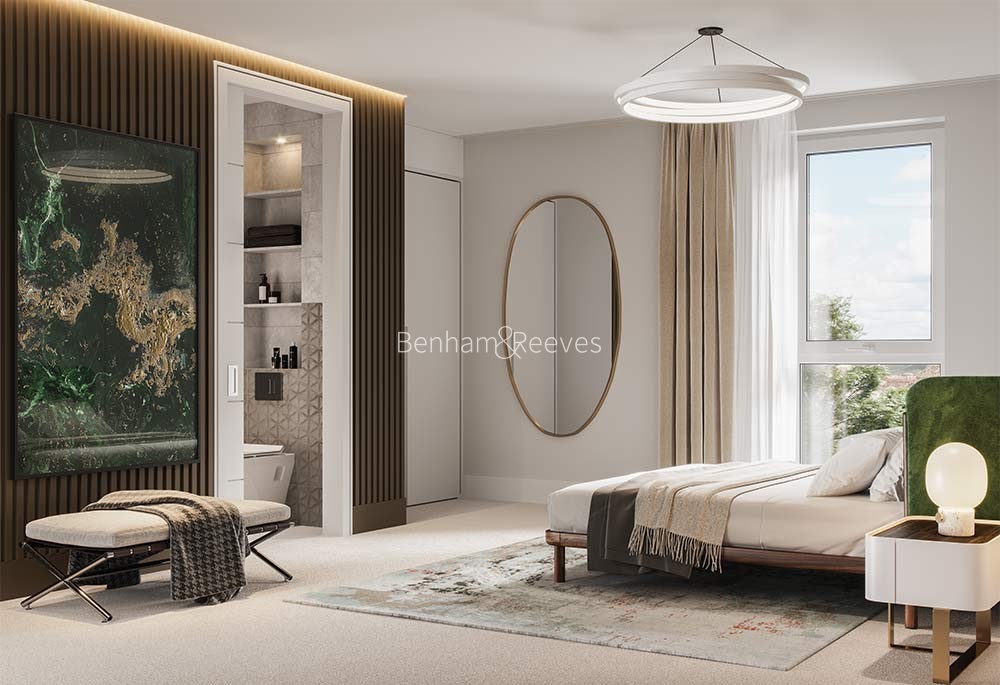 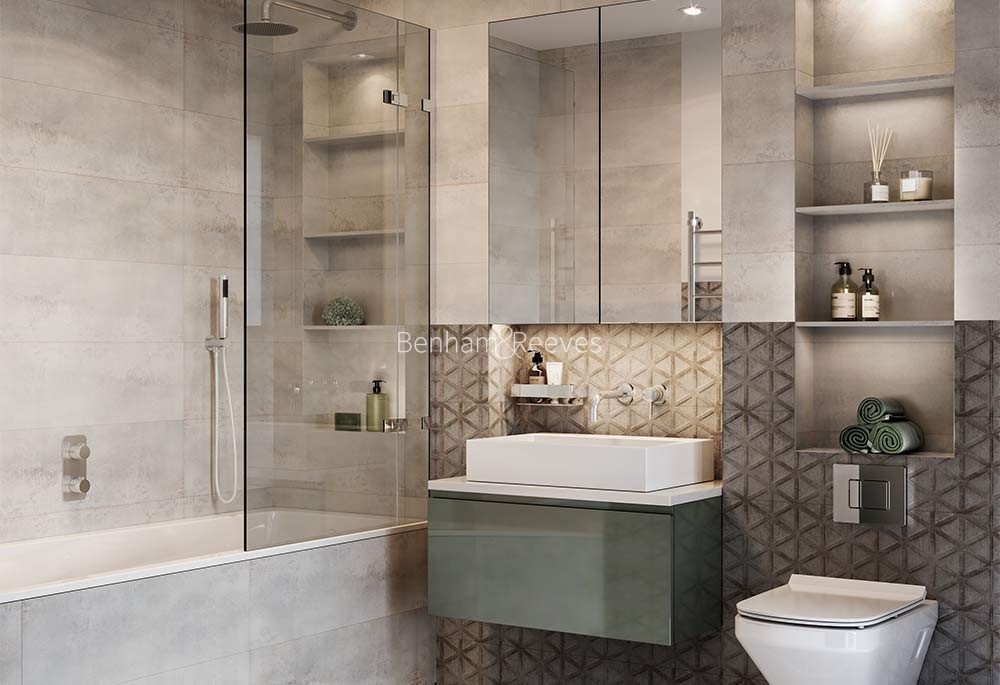 Positioned at the western point of the picturesque urban triangle formed by Shepherd’s Bush Green, ‘The Oswald’ is a welcome addition to one of West London’s most vibrant streetscapes. Being named after the man who created the nearby Shepherd’s Bush Empire venue, gives this new development a culturally unique profile in an ultra-desirable location. Close to a concentration of fast transport links and some of the Capital’s most comprehensive shopping, The Oswald provides a luxurious urban lifestyle with strong local connections.

Consisting of one, two bedroom and four bedroom apartments, The Oswald is meticulously designed and expertly designed. Interiors are generously proportioned and welcoming, with full-height windows opening out onto ample balcony or patio space. Kitchens and Bathrooms are ergonomic, spacious and superbly-equipped. At street level, there is a wealth of tastes and flavours to experience that is never more than a 10 minutes’ stroll away.

Shepherd’s Bush was already a top retail destination, thanks to an eclectic market and a host of independent shops sited on Goldhawk and Uxbridge roads, but the arrival of Westfield London took this reputation up several levels. Europe’s largest mega-mall covers super luxe retail, High Street and designer fashion, transglobal cuisine and cutting edge gadgetry. Add to that a multiplex cinema and bowling alley and you have everything you could ever need, all under one roof – and it’s right on your doorstep.

Another massive upgrade to the neighbourhood has come in the shape of a new state-of-the-art education complex. The White City Imperial College London campus is a research and learning hub that attracts the best and the brightest international minds for whom London is regarded as a world-leader in the field of higher education. The Oswald is close to some of the UK’s top independent schools, with St Paul’s Girls and Godolphin & Latymer schools both a short Tube stop away.

Shepherd’s Bush Station contains a Central Line stop that links directly to the West End and the City. It also is a stop on the London Orbital that connects several Zone 2 districts. Tube trains from Goldhawk Road Station run through Paddington (Heathrow Express, Elizabeth Line aka Crossrail) and St Pancras (Eurostar) on their way to Liverpool Street (Stanstead Express, The City). 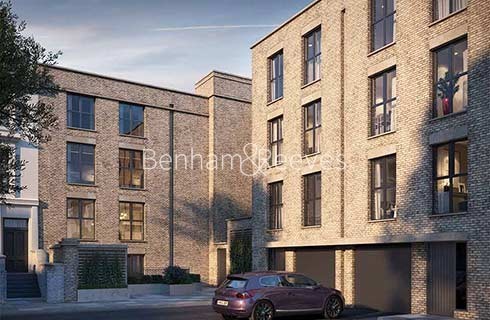 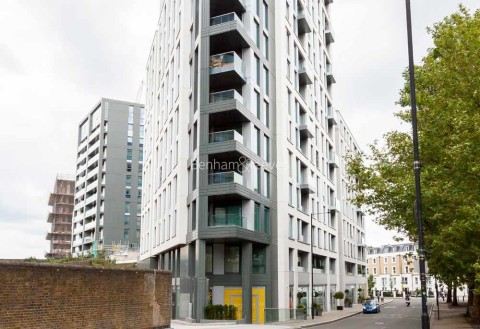 Tranquil views and riverside restaurants along the Thames Path are just two of the many advantages of living in Hammersmith. Sovereign Court is a recent property development that offers luxury living amongst the historic pubs and art spaces that the area.. read more
Hammersmith Sales 020 3280 6400
Full details
Schedule a viewing
Resale 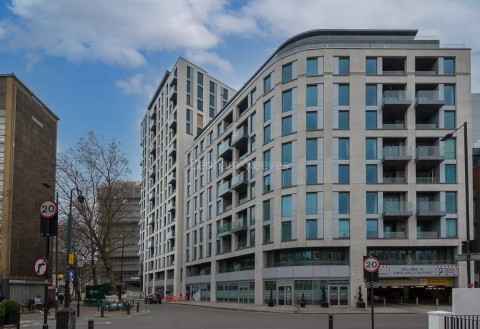 The riverside views, historic pubs and connectivity of Hammersmith make it an ideal base for both corporate, tech and media professionals and investing in property, here, is bound to pay dividends.. read more
London Sales 020 3280 6400
Full details
Schedule a viewing 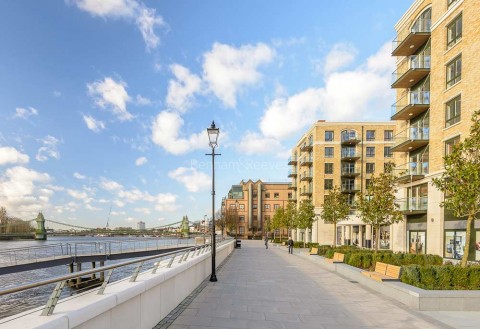 From the vantage point of its high-rise balconies, Fulham Reach provides striking views of the historic Hammersmith suspension bridge which spans one of the more picturesque sections of the River Thames.. read more
London Sales 020 3280 6400
Full details
Schedule a viewing