Home Press releasesLandlords & investorsForeign homeowners sitting on £90.7bn worth of property in England and Wales 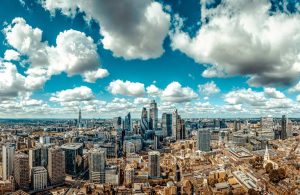 Research from London lettings and estate agent, Benham and Reeves, has revealed which areas of the property market are home to the highest value of homes owned by overseas homeowners, with the total market value of foreign owned homes currently standing at £90.7bn across England and Wales.

Benham and Reeves analysed the latest available data on the number of homes owned by individuals with an overseas correspondence address, along with the current market value of these homes in each respective area of the nation, to reveal where foreign buyers accounted for the largest total value of homes owned.

The research shows that across England and Wales, just shy of a quarter of a million homes are owned by overseas buyers. In the current market, that’s over a staggering £90.7bn worth of property.

On a regional basis, London is home to the highest value of foreign owned homes, with the 85,451 properties belonging to overseas homeowners equating to a total value of £45.3bn.

Hardly surprising then, that where the total value of foreign owned homes is concerned, 15 of the top 20 areas of England and Wales are located within the capital.

The value of foreign owned homes in Westminster and Kensington and Chelsea eclipses the rest of the market by some margin.

Westminster ranks top, with foreign owned homes commanding a current market value of £11.8bn, while in Kensington and Chelsea this total sits at £10.7bn.

Tower Hamlets ranks third, although some way off the top two, with overseas homeowners sitting on £3.7bn worth of property, followed by Wandsworth (£3.3bn) and Camden (£3.2bn).

“It’s not just domestic homeowners who have benefited from some extreme rates of house price appreciation in recent years and despite attempts to deter foreign interest, the value of homes owned by overseas buyers remains considerable, to say the least.

While London is home to the highest concentration of foreign owned property market wealth, it’s certainly not confined to the boundaries of the capital alone, and overseas buyers remain an important segment of the market across England and Wales.”