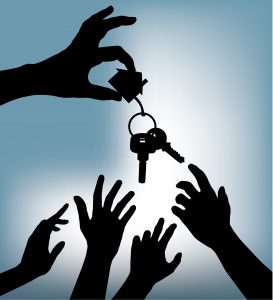 The latest research by lettings and estate agent, Benham and Reeves, has revealed that current affordability across the UK property market is at its worst in 10 years, with the average house price to income ratio at its highest levels since 2011.

Current House Price to Income Ratio
Benham and Reeves analysed the average house price to income ratio based on average property values and the average net salary over the last 10 years.

The research shows that despite strong wage growth resulting in the average net salary hitting £25,123 in 2020, an average house price of £249,633 places UK house price to income affordability at 9.94 (house price divided by income). This means that house prices are now ten times the average salary and a minimum of one’s year’s salary would be needed for the average deposit!

London remains the least affordable with a score of 15.74, with the South East (12.46) and South West (12.46) also remaining some of the worst regions for property affordability. The North East still ranks as the most affordable region at 6.34, along with Northern Ireland (6.48) and Scotland (6.90).

The East of England, Northern Ireland and North East have also seen the house price to income ratio climb higher in previous years compared to the current level.

What does it mean for FTBs?
With the average first time buyer now paying £209,163 for their first home and earning an annual net salary of £23,643, their house price to income ratio is, of course, higher than that of the average homebuyer at 8.85.

As per the regular market, London is home to the highest ratio at 14.6, while in the North East it has reached just 5.8 .

“The UK’s house price to income ratio reached its highest point in a decade by the end of 2020, no doubt driven by a steep jump in house prices brought about by the market adrenaline shot of a stamp duty holiday.

Although some regions still remain below previous peaks, this new national high demonstrates the huge financial cost of climbing the property ladder in the UK, a cost that grows largest still for those attempting to take their first step.

Unfortunately, even with stronger wage growth in recent years, earnings have failed to keep pace with house prices and so it’s very likely we could see this issue of affordability grow larger before it starts to reduce.“