Cost of a London parking space accelerates despite ULEZ introduction 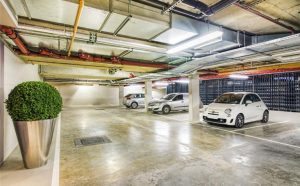 The latest research by London lettings and sales agent, Benham and Reeves, has looked at the increasing cost of securing a parking space purchase in the capital, despite the Government war on emissions and the introduction of the Ultra-Low Emissions Zone in April of this year.

Benham and Reeves looked at the average cost of a parking space across all London boroughs and found that so far in 2019, Londoners are forking out an average of £252,320 for the privilege of parking. That’s a 22% increase on the average price of £206,658 paid over 2018.

Is the ULEZ pushing up parking prices?

The number of parking spaces sold across London since the introduction of the ULEZ restrictions has dropped -21% when compared to the same time period leading up to its launch, however, despite this reduction prices have increased notably.

Since the implementation of the ULEZ, the average price being paid for a parking space in London has hit £392,408, much higher than the average price paid of £120,540 during the same time frame prior to the start of the scheme.

When looking at costs in and out of the ULEZ, it’s a similar story.

A parking space outside of the ULEZ continues to be hot property and the scheme has only seen parking within a short commute to the city centre grow in value.

When looking inside the ULEZ, it very much becomes a case of quality over quantity, as is often the case with London’s prime and central areas. Parking space transactions have remained largely unchanged pre and post ULEZ introduction, however, the average price paid since the scheme came into place is a whopping £2,442,722, up from an average of just £86,244 previously.

This has been driven by just a few million-pound parking place sales, as London’s top end buyers remain unphased by the seemingly insignificant daily charges when completing their multi-million-pound property purchases.

“Despite the Government’s best efforts to rid London’s air of exhaust fumes, the capital’s homebuyers still value four wheels and somewhere to keep them. So much so that some eye-watering sums are regularly exchanged for the convenience of a parking spot.

However, with these additional costs soon expanding to the North and South Circulars and the cost of parking continuing to climb, it seems that a car parking spot within central London may soon become the preserve of the mega rich, who will pay out millions of pounds purely for the privilege, and won’t bat an eye-lid at the daily tariffs of the ULEZ.”