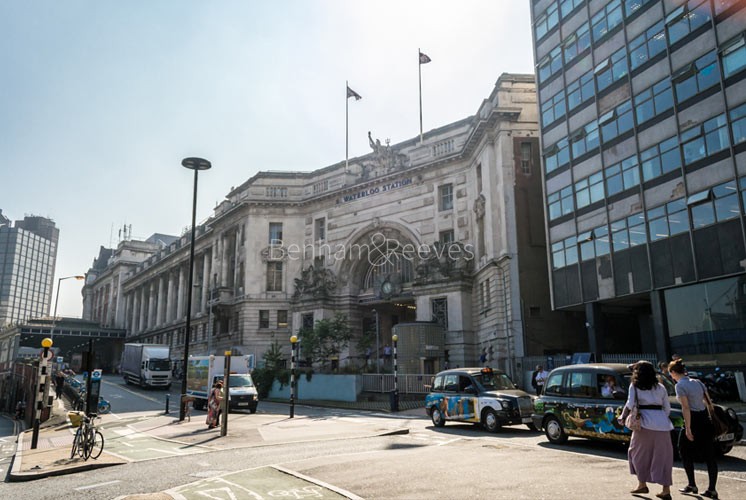 A string of new developments, which have stop-started since the 1980's and finally culminated in the opening of the Tate Modern gallery, have finally galvanised the area around Waterloo train station, known more commonly as the South Bank. Until such high-profile cultural projects as the Tate and the Globe theatre gave locals and visitors a reason to head south in significant numbers, efforts to rehabilitate the riverine environments, such as the South Bank Centre, Butler's Wharf and the Design Museum, had been isolated and never really gained critical mass. However, what were once noble if disparate ventures are celebrated today as a "string of pearls". The London Eye, a terrific testimony to British design and engineering, and the ovoid Greater London Authority building by Norman Foster are fitting symbols of the South Bank's arrival. The Thames River Walk provides spectacular views to the regal north shore as well as allowing a glimpse into a genuinely different side of London to the south.

The opening of the Tate Modern gallery has kick-started the rebirth of such riverside areas as the South Bank Centre, Butler's Wharf and the Design Museum which all lie around the Waterloo rail terminus. At the centre of this new environment is the London Eye, a terrific testimony to British design and engineering and a tourist attraction to rank alongside St Paul's Cathedral and Nelson's Column. The re-imagined Globe theatre is another reason for locals and visitors to head south in significant numbers. Founded by the pioneering American actor and director Sam Wanamaker, it remains a unique international resource dedicated to the exploration of Shakespeare's work and the playhouse for which he wrote. Spectacular views to the north shore of the Thames can be enjoyed all along the River Walk which connects all the areas of interest.

Waterloo train and underground Station is the main travel hub in the area. It has access to Northern, Jubilee and Bakerloo lines and many London bus routes fro all parts of the city.
Properties in Waterloo