What do Jude Law, Jamie Olivier and Kate Moss all have in common? They are just three of the latest celebrities to move to Highgate, highlighting why this North London area is such an appealing place to live for people considering looking for a new home, whether renting or buying.

It’s not hard to see why they’ve chosen this village-like area: plenty of open spaces, excellent schools, privacy and convenient transport links. Ok, so that last one may not apply to high-end celebrities, but a tube station serviced by the Northern Line is certainly a major draw for us mere mortals.

I shall come and I shall never leave

Highgate offers a different kind of London lifestyle from the perceived idea of traditional London living. In fact, most people that come to Highgate looking for a rental property usually end up staying much longer than initially planned.

One of the reasons is the quality of housing: large selections of buildings take shape in the form of scenic Georgian and Victorian properties, with some converted into apartments while maintaining their period charm. There is also a selection of quaint cottages sitting side-by-side with popular residential blocks such as Southward Park, where we have recently let this well-presented one bedroom apartment for £395 per week.

Rubbing shoulders with the locals

Before moving into an area, it’s a good idea to know what the locals are like. Highgate has a good mix of families, taking advantage of the schools, and professionals, who enjoy the laid-back lifestyle compared to other London areas.

Holly Lodge and the roads off Hampstead Lane are home to professionals usually employed in finance, the law and commerce. Highgate Village is where you will find people who have a strong cultural influence and populate influential government committees.  Other parts of Highgate are made up of younger people making their way up the progress ladder, and families happy to bring up their children in the scenic properties, where they can enjoy the open spaces or popular eateries on the weekend.

They all share one thing in common – wanting to be part of a community that is close knit and has an active input on the happenings in and around the area. There’s even a conversion group called The Highgate Society, where people help to protect the area’s period charm and character.

Sit back and relax

Whether you’re spending a lazy afternoon enjoying craft beers at one of the gastro pubs, browsing one of the independent book stores, indulging yourself with a cake or two at a patisserie, or exploring hand-crafted jewellery stores, Highgate’s tranquil village is the perfect getaway for a relaxing weekend.

Of course, if you want to mix it up with the hustle and bustle that London is better known for, Highgate’s Zone 3 Tube station is serviced by the Northern Line and offers direct stops to King’s Cross, Leicester Square, Covent Garden and the City, which can all be accessed within 15-20 minutes. There’s also a good local bus network taking you to neighbouring towns such as Dartmouth Park and Muswell Hill.

The selection of open spaces caps off Highgate’s appeal. In fact many of the open spaces are not allowed to be built on, meaning the area will always keep its country-style atmosphere.
Hampstead Heath offers over 790 acres of meadows and woodlands, acting as a connect between Highgate and Hampstead, with the Highgate end of the Heath benefiting from Kenwood Park and the popular Kenwood House, a former stately home open to the public. Highgate Woods is more unkept than the Heath, offering 70 acres of rough terrain; ideal for outdoor pursuits.

We do need an education

When families think about moving to an area, one of the key questions they ask is ‘how good are the schools?’ Fortunately, schools in and around Highgate are some of the best in London, with particular highlights including Highgate School, a co-educational day school for pupils aged between 3 and 18; Henrietta Barnett Grammar school, which is situated in an impressive Grade II listed building: a fitting setting for one of the top performing girls’ schools in the country; and Channing School for girls, another popular educational institute in the area attracting lots of interest.

Dartmouth Park is another area nearby Highgate that has seen a recent rise in popularity. It competes in the celebrity stakes, with Benedict Cumberbatch recently buying a home here. Rentals are slightly cheaper in Dartmouth Park, with one bedroom apartments costing between £300 and £375 per week, while two bedroom apartments range from £350 to £550 per week. Other benefits include a tube station, also serviced by the Northern Line, and a selection of local shops, organic grocers and cafes.

Now really is the time to consider moving to Highgate. Very few places in London can match its village-like charm, yet still be within 20 minutes from the West End and the City, making it the ideal place for professionals who want to get away from the hustle and bustle of central London. The schools and open spaces means it continues to be a popular North London area for families.

For more information on Highgate properties, visit our listings page or contact us and one of negotiators will be happy to assist you.

If you’d like to be kept up to date with all the latest rental information for tenants, including our popular monthly What’s On in London blog, why not sign up to our monthly newsletter here. 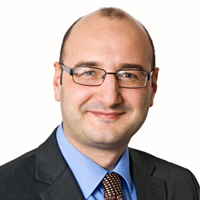 Ivan began his property career over 12 years ago, working for a well-known North London estate agency. He joined Benham and Reeves in 2007, initially as a negotiator, swiftly progressing to senior negotiator and then being promoted to the position of manager of our Highgate office. He is extremely knowledgeable about the North London property and rentals market, providing advice on all aspects of residential lettings to both landlords and tenants. He is ARLA qualified and has the NAEA (NFOPP) qualification. Read more about Ivan Hrissimov here - Read full profile

View all posts by Ivan Hrissimov