The Kensington rental market is steady although we have seen fluctuations in demand recently.   The wet weather seemed to put people off looking for a home but the sunshine has brought out applicants again, enquiries are increasing and properties, particularly one, two and three bed properties, are letting quickly.  Around 90% of tenants are renewing their leases, compared to around 50% this time last year.   I think this is to avoid the hassle of moving and to keep down costs – those renewing their leases are seeing price increases around the rate of RPI (2% – 3%).

Overall, prices rose by around 10% last year in Kensington but are now stabilising and landlords need to be aware of the changes in the market.  The rental market is price sensitive and budget is still an issue so flexibility is important, even a slight reduction in asking rental will ensure significantly more enquiries.   A willingness to compromise will mean shorter void periods.

Around Hyde Park, Notting Hill and Bayswater, we’re seeing high tenant demand, driven primarily by young professionals and couples looking for one and two bed properties.  The area around Hyde Park is popular with international renters, mainly from Europe, the US and the Far East, as well as Londoners.  The corporate market is particularly active.  New developments remain extremely popular, especially Portobello Square which continues to attract high volumes of enquiries.  We have no stock here at the moment and have already let all our available units in the next phase which launches in July.  With properties being snapped up so far in advance, we are actively looking for new instructions to meet demand.   Demand is similarly high at the new developments in Paddington Basin such as Sheldon Square and West End Quay where apartments are letting within days and we have a steady stream of new applicants.

Rental demand in the City and Canary Wharf continues to increase even above our expectations.  With spring one of our busiest times of year, properties are letting within days.  A high proportion of tenants are renewing their leases, limiting the number of new properties coming to the market and adding to the pressure on applicants who need to act very quickly to secure the property they want.   Executives from banks, accountancy and law firms appear to be driving much of this demand.

This high level of activity continues to push out into areas like Greenwich.  We’ve just celebrated the end of the first quarter at our new office there and demand has been incredible.  The area is being transformed and, while it has long been a favourite with young couples and families, it is now attracting a new generation of resident – affluent young professionals looking for the glamorous lifestyle offered by these fabulous new developments.

Generally, the applicants we’re seeing have good budgets and, with availability becoming restricted,  we have waiting lists of fully referenced tenants for several developments such as New Capital Quay and Paynes and Borthwick.  If tenants have set their heart on a particular development they’re usually willing to wait until an apartment becomes available.

Apartments often let within a day.   We’re starting to see the first renewals at some developments now and over 95% of tenants are renewing their leases so clearly most tenants are choosing to stay, unless they have to move away with their job.  The huge demand means rents in Greenwich have risen around 20% in the last year.

We’ve had a phenomenal start to the year at our Beaufort Park office in Hendon, with business up nearly 20% during the first quarter of 2014 compared to 2013 and a winning formula of good stock levels coupled with high tenant demand.   We’re receiving high numbers of instructions in the newest building, Ellison House, for which we’ve had waiting lists of referenced tenants for some weeks.  Empire House launches soon and it’s a similar picture there.

Value for money remains a priority amongst tenants, many of whom are moving here from central London.  They can find high spec accommodation and great facilities – a gym and pool – at cheaper prices.  The commute is easy and they can make substantial savings compared to the cost of a central London apartment.  Apartments in the newest blocks achieve £20-£30pw more than those in older buildings but tenants are happy to pay a premium as this still represents a significant saving over central London rental prices.

Over in Hampstead, demand remains strong too.  Smaller one and two bed apartments are  letting quickly while demand for larger family homes is also picking up.  We are starting to see more enquiries come in from relocation agents, searching on behalf of executives looking to move to Hampstead with their families.  They’re keen to find a home, and that all important school place for their children, in plenty of time for the start of the autumn school term in September. 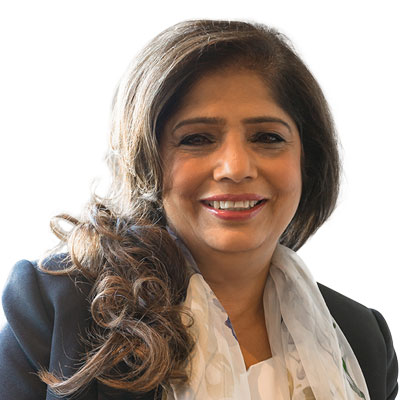