The news that HMRC is setting up a task force to crack down on landlords in South East England who have been failing to declare rental income, may come as a nasty shock to some. But the move is aimed mainly at ‘accidental’ landlords – those who let their properties because they are unable to sell them. These landlords probably never intended to let their properties so may have limited knowledge of their legal obligations – the concern is that some may not be declaring their rental income.

HMRC collects around £1.8 billion in tax on rental income but it is estimated that an additional £550 million is not collected because landlords fail to declare rental income. The task force is expected to raise about £4 million and follows similar initiatives in other parts of the country.

What are the Penalties?

Penalties will be steep. All undeclared tax must be paid together with a late payment interest charge of 3%. There may also be a penalty of 30% – 40%. This will apply whether tax has been deliberately avoided or whether someone has made a genuine mistake.

It’s straightforward for HMRC to get hold of information about landlords using its Connect computer system which takes data from the internet and from databases including the Land Registry and the Electoral Roll. So there really is no room to hide!

What should I Do?

While we don’t expect our clients to be particularly affected by the move, as most don’t fall into the category of ‘accidental’ landlord, it does highlight the need to be scrupulous about record keeping. HMRC’s message is clear: landlords must declare all income generated by their properties.

In January, we’ll be featuring a guide to the allowances you can claim to reduce your tax bill. But in the meantime, if you’d like to find out more, please get in touch with me. 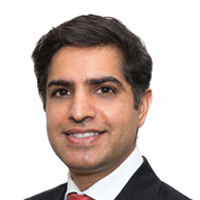