Home NewsFocus on Knightsbridge and Victoria

Focus on Knightsbridge and Victoria 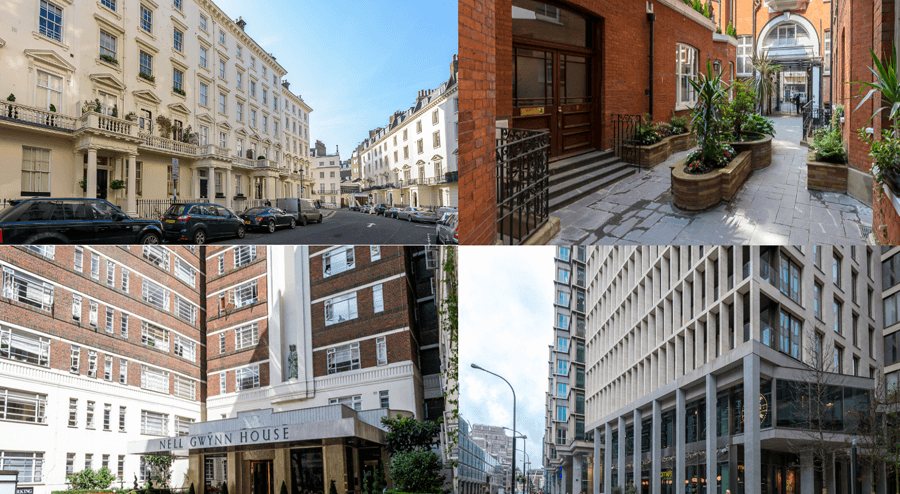 Ten years ago, these two Prime Central London locations would be mutually exclusive. Knightsbridge was (and still is to some extent) regarded as a millionaires’ playground while Victoria, although by no means a poor relation, was more of a transitional area, dominated by MP’s and an important transport hub.

From high-performance car showrooms, to glitzy shops and Michelin-starred restaurants, the streets of Knightsbridge speak the international language of unbridled architectural beauty and luxury. Victoria, which in London distances is almost next door, is still finding its feet as a residential neighbourhood, having predominantly been known as a commercial destination for the last few decades. Today, because of the redevelopment of vast quantities of office space around the station, Victoria has started to take on a look that is most definitely in keeping with its glamorous neighbour.

Incorporating the London postcodes of SW7, SW3 and SW1, Knightsbridge is an area that trades in superlatives and has been a blue-chip destination for as long as such things have been of interest. As a neighbourhood, it has never really experienced recession or neglect, and contains numerous lovingly-preserved, exquisite examples of Georgian and Victorian architecture. The district rivals the West End as London’s premier centre of high-end retail activity. In fact, as far as luxury brands for high-net-worth individuals go, it may very well outrank it. The globally recognisable Harrods department store is considered by many to be a London landmark in its own right. Standing near the junction of Knightsbridge and Brompton Road, it is flanked by an ultra-chic rival, Harvey Nichols, as well as major branches of couture houses such as Armani, Prada and Louis Vuitton.

Stucco-fronted Georgian terraces adorn the side streets that lead off the main Knightsbridge shopping thoroughfare, but the Victorians were also enthusiastic builders. Their signature red-brick mansion blocks dominate the property landscape, not only here, but also in Sloane Street and neighbouring Chelsea. The Marlborough is a perfect example of the genre. Situated on Walton Street and arranged around a secluded courtyard, its spacious one bedroom apartments make an ideal pied-a-terre,  rentals start from £450 per week. The 1930s Art Deco movement is well-represented in the shape of Nell Gwynn House, Sloane Avenue, a popular rental choice with corporate professionals. Apartments here are typically achieving rents of £350 – £450 per week for studios and £550 -600 per week for a one bedroom. New developments with upscale on-site amenities definitely occupy the luxury end of the rental property scale. The Knightsbridge falls into this category with its five-star concierge service among many resident benefits. Rentals start from £1,000 per week for smaller units.

Much of the period housing stock in Victoria was concentrated in the streets nearest to Westminster, with elegant mansion blocks popular with politicians and civil servants working in Whitehall. The streets nearer the Westminster side of Victoria Station are presently undergoing a mini property boom as developers take advantage of large quantities of unused commercial space. The Courthouse is a notable Edwardian-style property development which occupies a prime position along Horseferry Road opposite St John’s Park and the elegant Head Office of the Burberry Fashion Group. One, two and three bedroom apartments here open onto balconies or terraces. Residents can enjoy a private courtyard complete with ‘Zen-like’ water features, while amenities include a 24 hour concierge, fitness suite and underground car parking. Rentals for a studio apartment start at around £450 per week. King’s Gate Walk on Victoria Street consists of 100 apartments ranging from studios to four–bedroom penthouses and is perfect for City professionals. Most apartments benefit from secure underground parking as well as private terrace space. Prices for a one bedroom apartment start at £625 per week. Adding a swimming pool/sauna facility to their already impressive complement of amenities, Abell & Cleland on John Islip Street offers two and three bedroom apartments and penthouses set within a mature landscaped garden. A Manhattan-style studio will start at around £550 per week.

Knightsbridge may be an exclusive enclave but it hasn’t been immune to the recent explosion of street food and farmer’s markets. Typically though, its own take on the concept kicks the quality up a few notches. On Saturdays, the Duke of York Square Management hosts the Chelsea Farmer’s Market which offers exquisite fish, olives and artisan bakery items. The venue at Duke of York Square on the King’s Road has the usual ethnic hot and cold food stalls and live music, but how many street markets feature a fully functioning Oyster Bar? The Bluebird Cafe has also got into the act with their BBQ pop-up which is great for alfresco snacks and celebrity spotting. The Motcomb Street Summer Party is scheduled for June 22 and will feature an Abba tribute band and Michael Jackson tribute on the same bill. Surely, from now on, a Dancing Queen/Billie Jean mashup should be an absolute requirement for any London street party!

Quick and efficient getaways are important for most residents of Knightsbridge and Victoria and their Zone 1 locations are key assets in this regard. A Gatwick Airport shuttle from Victoria Station and a Piccadilly Line link to all the Heathrow terminals from Knightsbridge Underground make international travel a seamlessly straightforward affair.

If you are looking to rent a property in Knightsbridge or Victoria, contact us or take a look at our listings for SW3 or SW1 Lisa-Jane joined Benham and Reeves in 2009, initially as a senior lettings negotiator at the company’s City office, then moving on to help establish the company’s Canary Wharf office and now as manager of the Knightsbridge branch. Read more about Lisa-Jane here - Read full profile

View all posts by Lisa-Jane Stratton