The regeneration of Battersea Power Station

As an iconic and quintessentially British landmark, it is unsurprising that Battersea Power Station is attracting considerable attention from foreign investors. London has always been an international property hotspot however, it is good to see areas not historically known for their residential desirability being given an investment boost to attract residents.

The rise of Battersea 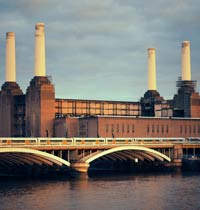 Once home to two coal-fired electricity stations with a unique four-chimney design and a mandate to supply most of London with power, Battersea Power Station moved into the national consciousness through its inclusion on album covers and films.

These days, Battersea Power Station is generating a different kind of buzz. It is about to become one of Zone 1’s premier residential and commercial location, playing host to luxury new homes, restaurants and retail centre known as Nine Elms. The surrounding community will also benefit from a £6.8m, 5,000 sq ft culture and arts venue boasting two performance spaces that will be known as the Village Hall. And in a nice nod to Battersea’s bygone industrial heritage, today’s technological leader Apple is set to spread 1,400 staff across six floors of the development with its new London HQ.

The development and associated businesses are giving the area a long overdue regeneration making it a newly desirable residential and leisure location.

With 76% of tenants saying location is their top priority when moving, it’s no wonder that investors from around the world are choosing London with more than half of all property transactions from buyers based in Russia, India, Africa and the Middle East. However, there is a great deal of interest in London property arising from another source: Malaysia. In fact, 50% of Phase 1 units were sold to Malaysian property investors.

Last year the European headquarters of Malaysia’s sovereign wealth fund was launched in the Shard with then-Business Secretary Sajid Javid describing Malaysia as: “A country that is really going places”. Big names from the country’s institutional investment scene, such as the Employees Provident Fund, SP Setia Berhad and the Sime Darby Property Fund are providing substantial financial backing for the Battersea Power Station development. So much so that the new Northern line London Underground station, to the south of the Battersea development, will be located on a piazza-style area named Malaysia Square.

If you are one of the 2,481 property buyers in the development (85% of the units have been sold so far) and your intentions are to rent out your apartment then there are a few things that will increase your returns.

Ensure your property is furnished before you start looking. A furnishing pack is a good investment and simple way to give your property an appealing modern aesthetic, (85% of our furnished properties finding themselves let within just seven days).

It’s a good idea to consider a corporate tenant (someone whose employer has agreed to cover their living costs) as it means non-payment of rent is unlikely. Professional tenants are a discerning group, especially those looking to live at Battersea Power Station development. so consider modern home integration systems which provide smart tools to make your tenants’ lives easier.

Other than these tips, the Nine Elms development will sell itself. As the landmark enters a new phase, the opportunity to own an iconic piece of London is something that foreign investors will relish, bringing long-term benefits to London’s property market.

If you own a property at Battersea Power Station and would like a personal consultation on what returns to expect on your buy-to-let investment.