Top 10 locations where homes earn more than the average worker

If you’re a UK property investor, then you will be interested to know that there is a 25% likelihood that your house earns more than the average salaried worker. If you own property in London, that figure rises to a staggering 90% probability compared to the average median salary.

This insightful data was released by a study published earlier this year by leading mortgage lender Halifax, combined with earnings data from the Office of National Statistics. According to the research gathered over the last two years, more than a quarter of homes in the UK earn more than the average employee’s net earnings.  The statistics speak for themselves; property prices outstrip earnings in 28% of local authority districts in the UK, including 90% of those in London, South East and East of England.

A separate study undertaken by Post Office Money indicated that the value of the average home in London increased by £46,276 last year, outpacing the average salary of a London worker, which stands at £36,109. These figures will certainly be altered in 2016 which has witnessed two periods of stark contrasts, the surge in prices prior to the stamp duty surcharge on second homes in April followed by the period of uncertainty pre- and post-Brexit. And of course, corporate renters will be earning more than average so landlords shouldn’t necessarily worry about their ability to pay.

The graphic below illustrates the top ten performing areas, of which seven are London boroughs. 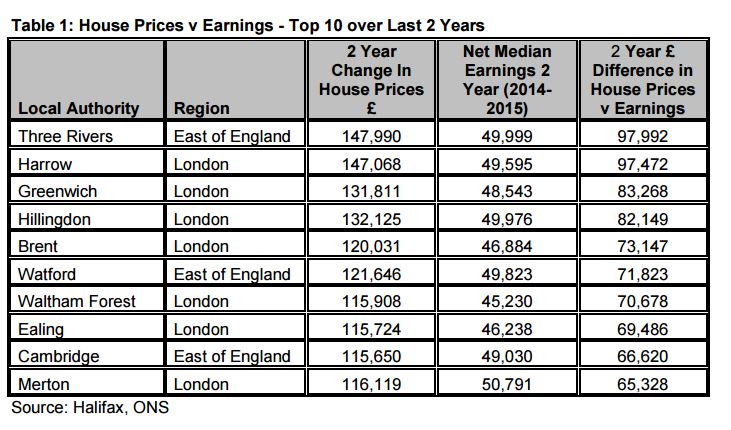 The average house price in the Three Rivers district in Hertfordshire has increased by an extraordinary £147,990 over the last two years. The median net earnings over the same period in the district was £49,999, which means that properties in the area have earned almost £100,000 more than families living there over the last two years, the biggest gap anywhere in the UK. A Metropolitan line Tube station has only increased its popularity amongst commuters.

With 16 branches across London, and with a presence in three of the top ten districts, we have been witness to the dramatic property growth figures in these areas.

The team at our Greenwich lettings branch believe that it is the traditional ‘village’ feel  of the area, with its shops, parks, river views and easy commute to central London and Canary Wharf on the DLR and Jubilee lines (with an upcoming Crossrail link) that has driven demand for properties in the Royal Borough. New Capital Quay in the heart of Greenwich is the newest and most popular development in this regeneration hotspot. Since its completion in 2013, demand has increased year-on-year primarily from professionals working in Canary Wharf. Surprisingly, Brexit has had no effect on demand for apartments in this sought-after development, and with satisfied tenants choosing to extend their rental agreements, demand continues to outstrip supply.

The team at our Ealing branch located on-site at the hugely popular Dickens Yard development report that demand for apartments at this development continues to be high. In fact, we have let properties within a day of being listed.  Void periods, if any, are minimal. Investors are achieving rental yields of between 4-5%, owing to consistent demand.

Data gathered over the last five years by Halifax presents a different ( some would argue more consistent) picture of the top performing areas. According to the study, over the last five years the average home in Hammersmith & Fulham  has earned over £100,000 more than the net median earnings over the same period in the borough. Each of the top ten performers within this data set are London districts. 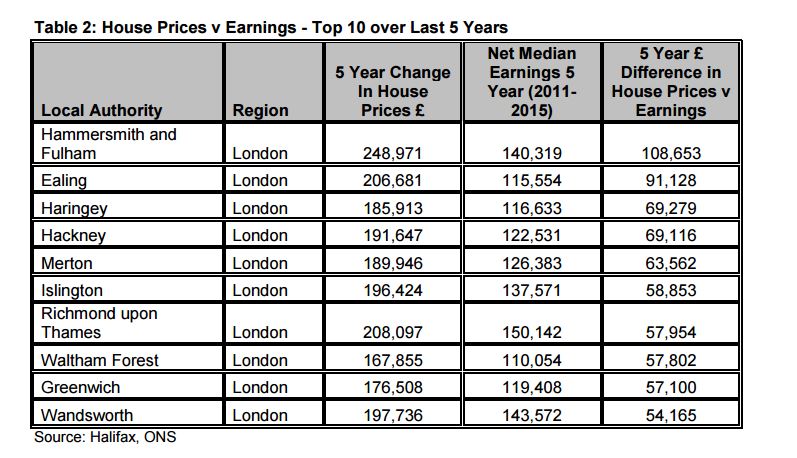 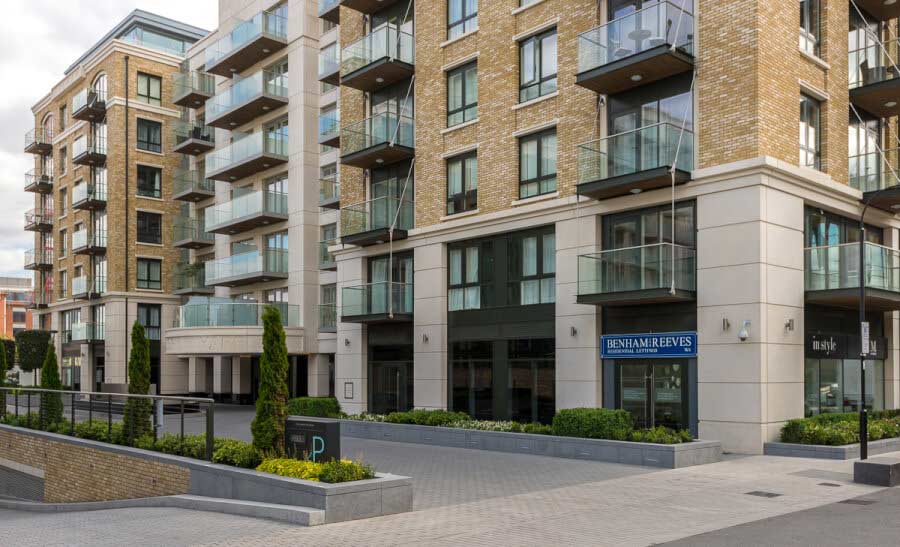 Staff at our Hammersmith branch which opened in June last year say the last two months have been very busy. Demand for apartments at Fulham Reach has exceeded supply with  investors achieving rental yields of around 4%. Some properties are rented within a day of being on the market. Demand is mainly from young professionals, corporate tenants and expats from Europe. We already have prospective tenants for two new blocks, Goldhurst and Faulkner House, which are expected to be completed later this year.

While these figures certainly look promising for homeowners however, a whole new generation is expected to be priced out of home ownership. New research reveals that 60% of Londoners will be renting by 2025. This will be the subject of our landlord-focused blog next month. You can receive a free copy of this report by signing up , in addition to the latest insights into the London rental property market.