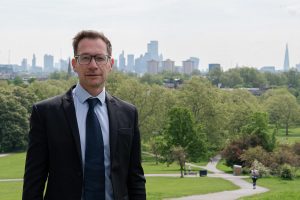 The last two decades have seen London undergo a radical shift in infrastructural priorities as it continues to forge ahead as one of the world’s leading financial, educational and technological centres. As someone with extensive experience of managing property sales teams throughout South East Asia and the UK, I take pride in being part of this change as new neighbourhoods take shape and less known locations realise their potential. The industry term for this influx of investment, together with full government support and co-operation is regeneration, but that definition only goes so far in explaining the sheer amount of talent and imagination that UK property developers, investors and real estate agents have brought to London.

How Brexit affected the London market

However, there have been challenges. For every period of unbridled optimism that surrounded events like the 2012 Olympics, there have been times of marked uncertainty as in the period following the UK’s decision to leave the European Union.

In 2017, I was interviewed by a number of international newspapers and Brexit was very much the main topic as it seemed that the whole world was willing the UK to reach some kind of resolution. This was just before I joined Benham and Reeves, so I was well-placed to provide some calm analysis and balance. Going over the statistics, it seemed clear that the UK would avoid a property crash as demand continued to outstrip supply – especially in London. The weak pound was also a powerful draw for overseas investors and the Bank of England showed no inclination to raise interest rates, instead they continued to lower them. I explained that when you have ready buyers and a limited amount of housing stock, you will always have a resilient market and the subsequent four years seems to have vindicated this view, even in the face of a worldwide health crisis.

Why overseas investors stay with London

Helping investors grow their portfolios and maximise their returns has been a passion of mine for the past twenty-five years and I find it immensely fulfilling that so many still turn to me for advice and guidance. This is especially true where overseas investors are concerned as many have close social and educational ties to the UK and fully appreciate the unique political stability that makes London in particular, such a safe haven for investments. Property values here almost always recover from cyclical downturns and the market tends to come back stronger. This, together with a wealth of elite-level education opportunities for their children, makes London ideal for their long-term plans and continued prosperity.

The rise of the ‘other’ London zones

There is one factor, however, that is leading overseas investors to take a more flexible approach to buying property in the London. A substantial amount of money and planning has gone into the regeneration of outer-London suburbs, resulting in a wealth of eye-catching new property developments with interior specifications and facilities that compare favourably with those found in Tube zones 1 and 2. It’s in these areas where London’s connectivity really makes a difference with an efficient Underground (Tube) network that makes commuting to schools, offices and shops both relatively quick and straightforward. There is yet more progress in the pipeline as the new Elizabeth Line will allow anyone renting in Tube zone 4 to travel to Central London in just thirty minutes.

Thanks to so many infrastructure improvements, new developments such as London Square Greenwich (Tube zone 2/3) will offer the perfect combination of sophisticated urban living and ultra-short commuting times. Greenwich’s historical heritage, respectable rental yields of 4% and a relatively congestion-free environment with green open spaces and good schools make this boutique scheme a rare gem for investors. Its’ convenient High Street location and commuter options including the Thames Clipper river taxi service, offers young families and professional individuals the ideal lifestyle.

The UK’s economic recovery is on course

The uncertainty that pervaded the UK, five year ago has been replaced with a marked determination to not only see Brexit through, but to reap its benefits through new and independent trade deals. The nation has rallied around a government which has, by and large, handled the Covid crisis with reason and calm: markets are cautiously optimistic. Overseas buyers who didn’t feel bold enough to take advantage of the weak pound back in 2016 are seeing that there is still value in London and this pent-up demand is helping to sustain the post-pandemic recovery. Property investors can now see a clear path forward as the successful implementation of the vaccine continues to further boost confidence. Other positive factors are the stamp duty relief measures which will extend to the end of June before tapering off to the normal rate by October. Also, the recent BNO visa policy that the UK Government set up has persuaded more Hong Kongers to buy property in the UK.

Working alongside the overseas investor

Now based in London but having lived, worked and travelled regularly around Asia since 1998, I can confidently state that Benham and Reeves has the one of the most experienced sales teams currently operating in the region. Our “one stop” model provides investors with a fast, friendly and flexible service that is equally adept at buying off-plan, resales, letting and property management all from under one roof and dealing with locally employed staff in several international regions. I have solid contacts and relationships with many leading developers, allowing me to bring clear insight and reliable analysis to the various challenges and opportunities that overseas investors face in the London property market.

Having dispensed plenty of advice over these years, I have had ample time to look back on things that I, personally, would have done differently with the luxury of hindsight. I would definitely have invested in more new build schemes. It was hard to believe 10 years ago that Nine Elms would be the success that it is now. You could say that I was a little too safe in my early years, preferring to avoid loss rather than diversify my exposure to it, but experience has taught me that the only way to make money in property is to get sound advice and make that leap when you are able. 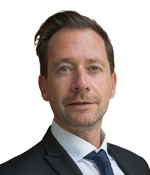 Working closely with our international sales teams, Richard has more than two decades of experience providing specialist insight and business development expertise which are essential for success in the competitive London property investment market. Richard is responsible for bringing new projects to market to facilitate the demands of our growing worldwide client base. - Read full profile

View all posts by Richard Levene