Fifty Not Out: London’s Mayor Celebrates 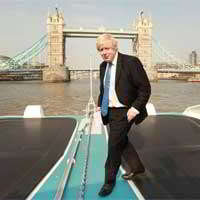 Political maverick. Celebrity cyclist. Cheerleader for the Square Mile. The Mayor of London throws himself into a myriad of roles with good-humoured gusto, yet as he approaches his half-century, he can also be proud of some solid achievements. In cricket, a batsman may prefer to reach fifty with carefully placed singles while more extrovert players go for spectacular shots over extra cover. Flamboyant as he may be, Boris Johnson seems to be opting for a mixture of attack and defence as he consolidates his reputation as the man who delivered both jobs and growth to the capital. Transport has undoubtedly been a main component of his game (Old-Etonian Boris is partial to a sporting metaphor or two) and here are three main areas where the boss of City Hall has scored heavily.

The Olympic Games loomed large in the mayor’s calendar almost as soon as he took over and being the big-picture sort of guy that he is, Johnson tackled the vital Jubilee line extension head on; placating the public over weekend engineering schedules and making sure that London Underground staff were enumerated for the extra workload. As a result, visitors enjoyed  seamless journeys to all game destinations and commuters were able to keep London running instead of sinking under a cloud of diesel and despair. Fast forward to 2014 and the Jubilee line extension, along with Crossrail and the Orbital Overground, is responsible for the rise in popularity of fringe districts such as Greenwich, Vauxhall and Acton. Boris, knowing that the private sector tends to do better than government at this sort of thing, has duly championed the building of modern developments in these areas. London’s global ascendancy will be heavily reliant on talent-magnets like these and the GLA knows it. 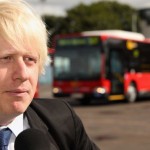 Before Boris took over, London’s buses were in danger of losing their global icon status, the much-loved Routemaster having all but been replaced by articulated fire hazards, more commonly known as “Bendy Buses”. Sweeping this expensive mistake away and replacing it with a fleet of modernised open-backed “Boris Buses” (complete with conductor), was an early example of the mayor’s now familiar instinct for retro futurism. The new buses are concentrated around the West End and are an invaluable resource during shopping trips and nights on the town. Now when a must-have item beckons from a shop window, there’s no need to wait until the next stop because – with the conductor’s permission – you can hop off the open platform at the rear of the number 11 in order to claim your prize. Retail nirvana brought to you by the “Year of the Bus”!

When the Zone 1 cycle hire scheme took off, there were reservations in some quarters about the reliability of the online payment methods, the availability of two wheelers and even the styling of the bikes themselves. Keen cyclist that he is, Boris had no such qualms. As well as silencing the critics (haters gonna hate), the mayor succeeded in reducing London’s carbon footprint, getting its citizens fit and stealing Paris’s thunder in one fell swoop. In Britain, playfully winding up the EU is part popular pastime, part civic duty and Boris, with his classical education and journalistic training, is certainly no slouch. There’s a method to his madness, though, as recent years have seen a wave of French tax exiles settle in the Kensington/Chelsea area, no doubt appreciative of BoJo’s axing of the ridiculous congestion charge extension. Quelle horreur! 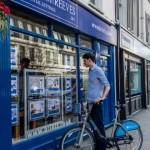 Another welcome by product of the “Boris Bike” initiative is the way in which previously unfashionable areas that lacked Tube links have now become desirably accessible. A brisk 5 minute bike ride to a distant station beats a half hour forced march any day of the week. Landlords have seen rental returns respond accordingly with an impressive 25% and 16% rise in Sands End and Haggerston respectively.

The mayor has referred to his 50th birthday as “climacteric” and it’s this kind of verbal swagger that will be missed when he eventually moves on. Jovially evasive about future plans, he remains a total infrastructure junkie whose one regret might be the lukewarm support afforded to his estuary airport vision. However, two terms in the mayoral hot seat have given Alexander Boris de Pfeffel Johnson (posh, moi?) plenty of survival skills to go along with his other qualities.

The media will, of course, enjoy speculating about the early part of Johnson’s next half century. Will he run for Prime Minister? When will his definitive autobiography come out? How about hosting Strictly Come Dancing? The man who possesses the most recognisable face in British politics can afford to keep them guessing.