2,000 years of history are embedded in the streets of London, making it a living architectural feast that continues to fascinate and inspire. With 60 years’ experience in the lettings business, we’re not that long in the tooth, but we’ve witnessed how the more prosperous areas of the capital have added value by scrupulously taking care of their period buildings. Starting in Hampstead, we’ve always sought to reflect this trend by establishing offices in neighbourhoods like Knightsbridge, Kensington and the City of London; places that are sure to feature in Open House London an event that celebrates the three prominent phases of house building in the capital on the 19th and 20th September. 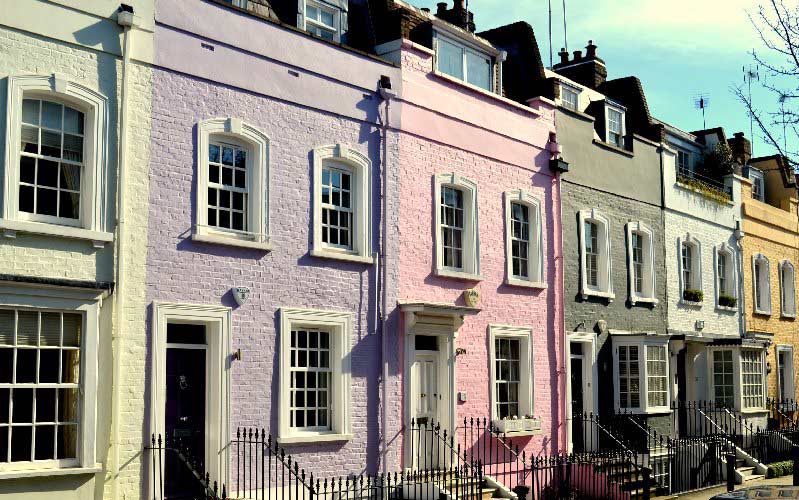 The Great Fire of the late 17th century meant that London had to start from scratch, but as it also coincided with the start of a global empire, its population was galvanised by hope, ambition and determination. This energy culminated in the first great architectural age of modern times: The Georgian period. Under the reign of King George III, the nation saw itself as natural successors to the ancient empires of Greece and Rome and 18th century building styles reflect this philosophy. Gracefully uncomplicated and imposingly direct, Georgian homes, such as those found in Canonbury, Richmond and Primrose Hill are usually arranged in long terraces. Features also include classical door columns, large linear windows and parapets in front of the roofs. The windows were impressive enough to indicate a certain level of wealth, thus attracting “window tax”. Homeowners responded by bricking up these windows and the evidence of this activity can still be seen in many houses in the West End today. 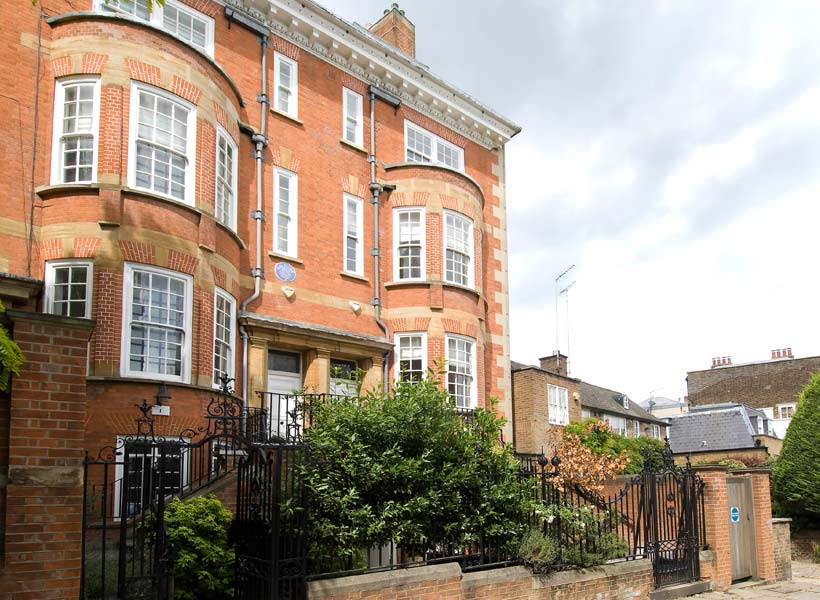 When Queen Victoria ascended to the throne in 1837, the British Empire was about to go into industrial powered overdrive. Resources were pouring into London and new technology was making large scale building a quicker and less costly enterprise. Advances in manufacturing allowed for the construction of multiple panes of glass, leading to features like bay windows (the hated window tax having been scrapped). Bricks were now mass produced and shipped in from the provinces, as was slate which was used for roofs. Stylistically, Victorian buildings are all over the map with influences coming from Italy, India and curiously, the old English churches that had survived the Great Fire. These churches inspired the Neo Gothic style that makes Hampstead residences such a joy to view from the outside. Ornate brickwork, pointed turrets, exaggerated arches and startlingly realistic gargoyles recall a time when the usually staid Victorians seemed to lose all architectural inhibitions. There are more modest examples of Victorian red-brick beauty dotted all over London with Kensington, in particular, having some of the finest. 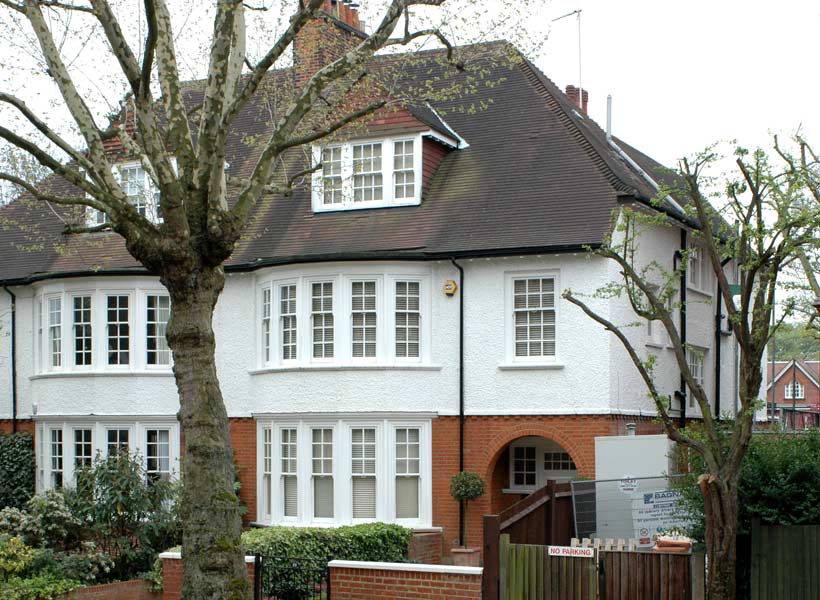 Named after King Edward VII, this is the last of the three great property types in London. The dawn of the 20th century saw a return to simple lines, human proportions and less ornamentation. Lighter coloured stone was in favour and large white sculpted brick was often used at the base of the outside walls. This gives Edwardian houses a substantial look, even though they are often smaller than their Victorian counterparts. House building did not stop with the Edwardians and many architectural movements have come and gone since that time. However, these three periods span a time when London was the centre of the largest empire in history and give us an insight as to how its builders related to that fact – not always with a sense of outright superiority, but with an awareness of the opportunities that existed for progress and advancement.

We’d like to think that London has struck the right balance between heritage and progress. Sight lines around St Paul’s Cathedral are protected in such a way as to prevent it from being swamped by the latest skyscrapers. Developers have had to be imaginative in both design and execution and this has actually improved the skyline. Open House London is a like-minded architectural festival that seeks to educate the public by making this heritage accessible and valued. Taking place on September 19th and 20th, it’s an event not to be missed.

For more information regarding our available properties please contact one of our friendly letting negotiators here.