Predictably, this summer will see people casting their eye towards destinations with sun, sea and sangrias. However, by choosing to leave London, you risk missing out on some of the most exciting summer festivals to hit the Capital this year. Join us as we reveal some of the hottest festivals making their way to London in the coming months. We’ll even tell you about some sought-after rental properties nearby the events, so you can be as close to the action as possible. 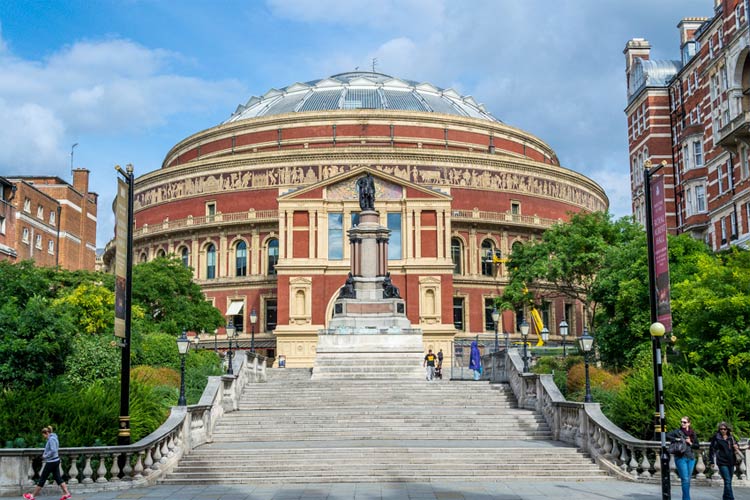 This one’s a real fixture in the annual calendar. In fact, the Proms have been a London regular since 1895. Despite being viewed as an event for the elite, impresario Robert Newman created the Proms as a way to encourage audiences not usually attracted to concert halls. He did this by offering cheap tickets and the chance to eat, drink and smoke while the music played. How times have changed!

This year the event kicks off on July 17th at the The Royal Albert Hall and will be conducted by Sakari Oramo, a Finnish conductor from Helsinki, culminating with The Last Night of the Proms on 12th September.

Royal Albert Hall is a short journey from Kensington, an area close to central London that is known for its quaint period buildings and boutique shops. This two bedroom period conversion on Edwards Square offers a good example of the type of properties available to rent in the area. Contact our Kensington office for more information.

If you’re looking for something with a bit more bass than the classical arrangements of the Proms, Lovebox Festival might just be the event for you. The 17th and 18th of July will see thousands head to Victoria Park in East London to see some of the world’s most popular artists. Performers include Snoop Dogg, Rudimental, Jessie Ware, and Shy FX.

If you can’t get a ticket, you can always catch the highlights on TV a few days later. In the meantime, why not check out this modern two bedroom apartment at the Aqua Vista development, which is a short journey from Victoria Park. For more information on Bow properties, contact our Wapping office.

Visit the Ealing Comedy Festival but be prepared to laugh so much, you won’t be able to control yourself. Tickets cost £20 and comedy maestros such as Julian Clary and Russell Kane will be taking the stage to perform.

The properties in Ealing will also bring a smile to your face. With stylish new development, Dickens Yard, living in Ealing lets you experience the quintessential London lifestyle. Modern apartments combined with local open spaces and travel services that arrive in Central London in less than 30 minutes, means Ealing is proving very popular with young professionals and families.

Contact our Ealing office for more information regarding properties at Dickens Yard and around Ealing.

Bringing countryside delights to the city; Lambeth Country Fair takes place this year in Brockwell Park, set on the fringes of Brixton. Now in its 41st year, you can expect to see horticultural shows, sheep dog and owl displays, mixed in with live music and a party atmosphere.

Just a short journey from Brixton, you will find Clapham – a vibrant area with plenty of shops, cafes, restaurants, bars and excellent travel connections. The Library Building development benefits from a futuristic design with curves and clustered towers. One and two bedroom apartments are on offer and start from £395 per week. Contact our City office for more information. 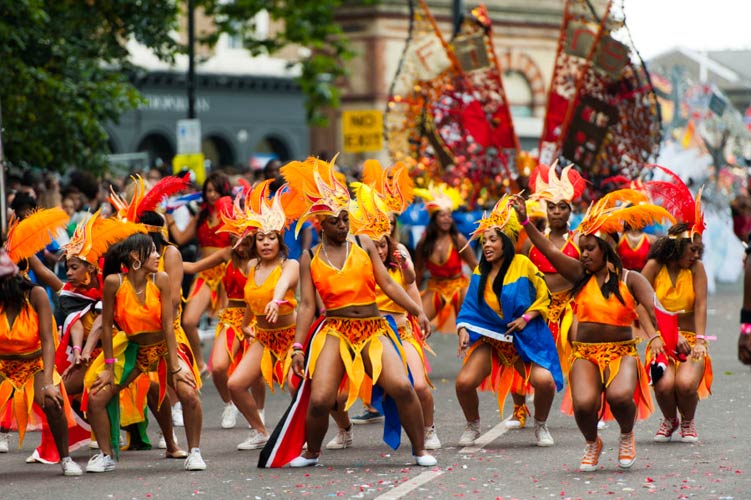 The Notting Hill Carnival brings the London community together like no other. Thousands hit the streets on the August Bank Holiday weekend to dance, eat and generally be happy. The first carnival took place in London in 1964 as an offshoot of the Trinidad carnival. Since then, it has remained true to its roots, bringing diversity to London.

Just down the road from the carnival, you will find the Portobello Square development, which provides a selection of one and two bedroom apartments, as well as three bed mews houses. Rentals start from £450 per week; contact our Hyde Park branch for more information.

September brings the Ceremony Festival to Finsbury Park; a popular destination when it comes to events in London. Kicking off at 11am, the festival is a celebration of dance music and will feature over 50 artists performing on stage.

Finsbury Park is a popular North London area, attracting many young professionals who want to live in diverse and vibrant surroundings. This two bedroom flat set in City View Apartments is an ideal base if you want to start a Finsbury Park adventure.

When it comes to events and festivals, London is one of the most exciting places to live in the world. If you’re interested in finding a rental property to enjoy all the Capital has to offer, visit our property listing pages, or get in touch with us via email, and we’ll be happy to assist you.