October is a vital month in the London arts calendar as it’s the time when indoor pursuits start to take the place of outdoor activities. As a result, there are a fair amount of important exhibitions and festivals taking place at the same time which is great for both culture vultures and the curious. Typifying London life, the genres cover a wide range, from the melting clocks of Dali to the urban stylings showing at the Moniker event. It’s definitely time for prospective art patrons to start building up their collections.

Every October, the Southbank Centre hosts a prestigious gathering of internationally acclaimed authors, poets and speakers. Now in its eleventh year, the festival continues on a mission to educate, inform and entertain with the result that even the casual reader will find something inspirational to take away.

A packed 20-day schedule will include writing workshops, motivational talks and live prose and poetry performances. Writer Phillip Pullman and photographer Annie Leibovitz are among the guest speakers and the event will also be attended by the Man Booker shortlist. The global impact of poetry over the last half century is one of the main themes of this year’s gathering. www.southbankcentre.co.uk

An intriguing exhibition in so many ways, this collection of works by two of the 20th Century’s most unique artists casts light on an unlikely friendship that led to an acute meeting of minds. By the 1930s Marcel Duchamp had rejected painting as he forged ahead with the installation work that was to launch the conceptualist movement.

Salvadore Dali, however, wasn’t ready to quit his lucrative gig with the surrealist, but after making some overtly religious statements, he got kicked out anyway. The exhibition tracks the duo’s maverick tendencies in the form of letters, photos and parallel works as they both took delight in each other’s ability to disrupt the status quo. www.royalacademy.org.uk 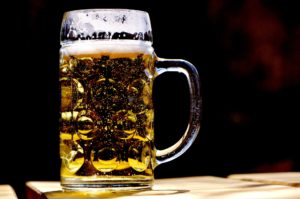 The idea behind this traditional Bavarian festival is stunningly simple. Drink beer. Eat sausage. Sing songs. Repeat. With typical Teutonic efficiency, this is all done in a large tent full of trestle tables, so there’s no chance of people splitting into cliquey groups. A live band will be pumping out updated versions of German drinking songs to get everyone in the mood.

Lederhosen and Dirndl dresses are optional and you might see some funky variations of both walking around. Don’t worry if you don’t know the words to the songs as there are only three main ones and they all end with “Hey, hey, hey!”. Anyway, after a few giant beers you’ll neither know or care. www.london-oktoberfest.co.uk 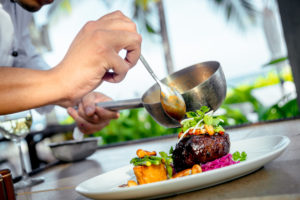 Expanded and improved, this is a month-long event that turns October in London into a gastronomic nirvana. Bespoke dining experiences, food themed film nights and special tasting events are all included as the capital goes into massive epicurean overdrive.

No matter how you like to enjoy your meals, the London Restaurant Festival has you covered. Free flowing prosecco on a riverboat? Sorted. Restaurant hopping in Mayfair? They’ll plan a route. Even if you can’t make the custom events there will be special festival menus at many of your favourite hangouts. From Aquavit to Yauatcha, you can be part of the foodie action that is currently making London a top international culinary destination.

If you wondered how your favourite interior design team get their inspiration, check out Mayfair’s PAD fair. Spotlighting the best art, design and decorative techniques from the 20th Century, PAD fuses modern visuals, photography and tribal pieces into bespoke and original interiors.

Leading international galleries come together to collaborate at this boutique venue and will be displaying some of the most collectible pieces on the market today. Open to design professionals, collectors and also the public, the PAD is renowned for both its eclecticism and quality control. www.pad-fairs.com

Always innovative, always challenging, the 2017 incarnation of the capital’s premier gathering of film creativity throws up fresh new ideas as well as paying homage to past glories. The festival is structured around the idea that the film going public regard movies as an immersive experience that is also worthy of in depth analysis and investigation.

To this end, the organisers have expanded the series of talks, interviews and workshops that can be attended. Giving their valuable insight into the movie creation process will be director David Fincher, composer Nitin Sawhney and actors Jake Gyllenhaal and Annette Benning. There will also be several gala launches for new works that span nearly every movie genre from kids cartoons to political documentaries. www.bfi.org.uk

Moniker is the punk rocker of art fairs, bringing a disruptive and iconoclastic spirit into the polite world of October viewings. Sited at the cutting edge Old Truman venue, Moniker is, as usual, taking zero prisoners this year and visitors can expect a full on immersive experience from the moment that they walk through the door.

Since the advent of Banksy, street art and its many offshoots has become a focus of intense interest for collectors. Moniker is the place to go if you want to sort the genuine examples of the movement from the also fans and copyists. This year’s theme is “Transient Tales” – a look back at how displaced people created art on the move which in turn led to the graffiti which so codifies subsequent urban cultures.

Influential and high profile, the Frieze Art Fair is dedicated to promoting the arts at a time when economic forces are looking to demote its importance. The October event in the Capital is a key part of this strategy as it attracts gallery owners and culture ministers as well as artists and buyers.

In addition to a full programme of paintings, films and sculptures, there are some interesting discussions on how the present culture of “alternative facts” is affecting the arts world. Another inspiring theme is the collection of African-American art which combines a psychedelic view of black identity with some eye-catching propaganda pieces. www.frieze.com 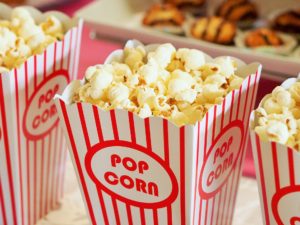 When Ridley Scott realised his dystopian masterpiece back in 1982, he had two main things going in his favour: his experience in set design and the minimalist acting of Harrison Ford. He doesn’t direct this sequel but his influences are apparent and Ford also puts in an appearance. Ryan Gosling stars as a successor to the original Bladerunner stranded in a weird cityscape full of creepy replicants out to destroy society.

The dark atmosphere of the original film is recaptured in full effect and the replicants are a bit edgier. Gosling has to leave the city in order to find his predecessor who holds the key to mankind’s survival somewhere out in a post nuclear wilderness. Jared Leto gives a threatening performance as an malevolent presence determined to maintain control at all costs. www.bladerunnermovie.com

A much loved part of a popular local market in the trendy Marylebone area, Dog Day Afternoon is a witty, downbeat take on the Crufts brand that showcases talent from all parts of the canine spectrum. Sure, you’ll see pedigree dogs showing off their looks, but you’ll also get a mixed bag in the category entitled “A Bit of Ruff” where loveable mutts get their chance to shine.

There’ll be a host of dog accessories on display and plenty of pooch related bargains to snap up. Main attractions will be a doggy dance session and an obedience workshop for hard pressed owners and stressed animals alike. The event is part of a wider market that, as its name suggests, features stalls selling both organic produce and designer dresses: Dolce & Banana anyone? www.cabbagesandfrocks.co.uk