From the innovative shapes of its office towers to the future/retro look of its shiny red buses, London is more design focused than ever. A sense of history and places like the Design Museum, have thankfully prevented the Capital from turning into a sea of glass and neon. Long may it continue to nurture and inspire. Here’s our top picks for things to do in London during April:

The role that design plays in almost everything we use cannot be overstated. The Design Museum plays an important part in highlighting these ongoing innovations and its awards show is a chance to take an overall view of the astoundingly clever things that people come up with. Presented in six categories – architecture, digital, fashion, graphics, product and transport – the entries will be judged by a panel of visionary experts.The two exhibits that are guaranteed to excite broad interest are the Google self-drive car (the stuff of countless science fiction dreams) and a computer chip that hosts living cells. The latter is designed so as to enable drug testing without the use of laboratory animals and is sure to be a big hit with animal welfare groups.www.designmuseum.org

If stressed elephants and unfunny clowns are part of your childhood memories, you can banish them with a trip to CircusFest – an event that continues to innovate and excite. For some time, circus acts have been pushing the boundaries of their craft with new concepts, music and techniques and this event brings the best of the best under the circular roof of Camden’s Roundhouse.The themes this year point to a fusing of various disciplines. Trapeze acts are using dance choreography and acrobats are simulating wild animals. The Race Horse Company will be popular headliners, representing the future of circus with their non-stop frenzy of bike stunts, trampolining and black comedy.www.roundhouse.org.uk 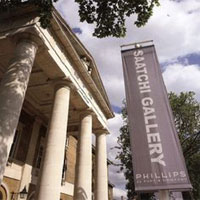 Their artfully constructed image portrays them as a swaggering group of rock renegades but the dual control-freak tendencies of Mick Jagger and Keith Richards are never far from the surface. Part of the fun of Exhibitionism is seeing how these complimentary forces are played out and how on earth did drummer Charlie Watts survive them.There’s plenty of memorabilia from the Stones half century career on show in the form of paintings, photos, guitars and letters and even though they tell us what we already know, they’re still a source of endless fascination. They show Jagger to be still super organised, Richards still a world class raconteur and Ronnie Wood still a star struck new boy. Meanwhile Charlie is still (unsuccessfully) doing everything he can to avoid touring.www.saatchigallery.com

Where else to stage this hippest of events than the uber-cool surroundings of Brick Lane’s premier events venue. The London Coffee Festival brings together the most ground-breaking artisan coffee producers in the capital and throws workshops, demonstrations and live music into the mix. Ever wondered how your favourite barista draws those funky designs on the top of your coffee? There’ll be demonstrations of “Latte Art” where you can find out and join in.Artisan coffee is fast becoming big news as Londoners are seeking out different tastes away from the multinational outlets. Here you can find out how independent operators are listening to their customers. Hotel Chocolat will be holding taste and pairing sessions that match the right kinds of chocolate with your favourite macchiato. Never again commit the dreaded faux pas of resorting to a packet of digestives when sipping your ethically sourced brew – unless you’re being “ironic”.www.londoncoffeefestival.com

With typical self-depreciation, Londoners are set to celebrate the patron saint of England with a series of jolly events. The fact that St George was a Syrian-born Roman soldier who never set foot in this country and was martyred for his faith, doesn’t stop us being inspired by his courage and example.The works of William Shakespeare have been taken as this year’s theme and snippets of his plays will be performed on stage in Trafalgar Square. Classical music will be performed together with the inevitable Morris dancing which is bound to confuse and amuse tourists and natives alike.www.london.gov.uk/events

Ranking as one of Shakespeare’s most accessible works, this tale of love and how the supernatural affects our emotions is a comedy roller coaster which resonates with audiences of all ages. New artistic director, Emma Rice, has vowed to redress the gender imbalance that she sees as a stumbling block for many wanting to get into Shakespeare.To this end, A Midsummer Night’s Dream is the ideal vehicle as it contains a seemingly inexhaustible supply of fairies, elves and sprites that involve four star crossed lovers in their unseen struggle of love and jealousy.www.shakespearesglobe.com

This production is one of the mainstays of the classical ballet repertoire and it has all the hallmarks of the art form. Lavish costumes, full orchestra and virtuoso dance performances are all par for course in Giselle as it charts the heartbreakingly tragic life and death of the eponymous heroine. Carelessly treated by a noble suitor, the peasant girl Giselle commits suicide and joins a squadron of jilted female ghosts whose revenge mission is to lure men to their deaths.When her former fiancé stumbles into this trap, Giselle has a change of heart and intercedes for her loved one and thus finds peace in the afterlife. Beautifully danced in two halves, the ballet has been a tremendous vehicle for all the great ballerinas and Natalie Osipova is the latest star to shine in the role.www.roh.org.uk

The big purple upside down cow is back on the banks of the Thames and it’s set to provide plenty of Spring/Summer fun for Londoners of all ages. There’s a friendly pop-up type of vibe to this venue and most of the daytime acts are family appropriate with circus acts, music, comedy and improv.The running order is yet to be finalised but it will definitely focus on the quirky and magical. Acrobatic group Circa will be using the intimate space of the Udderbelly tent to get right up close to their audience and Gobsmacked is a show which takes acapella performance to a whole new level.www.udderbelly.co.uk

An event that has grown from a minor diversion on the professional running calendar, to a global social phenomenon, just keeps getting bigger and better. Athletes from around the world will converge on Blackheath to compete over 26 miles of London streets and bridges and numerous records will be in their sights.Swinging out to Woolwich before following the Thames to Tower Bridge and over to Canary Wharf the runners will then be cheered all the way to Buckingham Palace and an epic sprint (or stagger!) down
he Mall. Apart from the usual crack squad of Olympic distance runners, there will be thousands of charity fun runners from all walks of life taking part. Even astronaut Tim Peak will get into the act via his space station treadmill. www.virginmoneylondonmarathon.com

Directed by Zack Snyder and starring Ben Affleck and Henry Cavill as the two eponymous superheroes, this is a film that aims to set up the whole DC comic environment in a way that rivals Marvel have only hinted at. Snyder doesn’t want to risk upsetting his core audience of geeks by giving Batman unreasonable extra powers so he focuses on plot.Frustrated and envious of Superman’s god like powers and distance, Batman starts taking his vigilante operations a little too far, thus putting himself on a collision course with the Man of Steel. On paper this is a no contest because despite his cool car and gadgets, Batman is just a guy in a suit whereas Superman is a genuine space alien. The scene is therefore set for some very exciting twists.www.viewlondon.com
Share