The New Year brings in fresh resolutions and opportunities that may or may not be acted upon but already enterprising folk are making sure that Londoners start planning ahead. Adventure holidays and boating may look like a distant concept in winter but with leisure time being more and more diverse, the choices pile up quick. Fortunately, there’s a big enough talent pool in the Capital to keep everyone up to speed on equipment, destinations and travel arrangements. Taking half a day out to browse through an exhibition in January could save both time and money in July.

Skating in front of one of the country’s truly magnificent stately homes has got to be the ultimate selfie opportunity – provided you can keep your balance! Set in the expansive grounds of Henry VIII favourite hangout, the thousand square feet ice rink immediately recalls Elizabethan winters with traditional music and mulled wine on tap.Ideally visitors should combine their skating with a trip to the palace itself which is specially decorated over the Christmas season. Learn about England’s turbulent past before grabbing a mince pie and attempting your best figure skating moves. www.hrp.org.uk

Looking ahead to the warmer months may mean some of us booking a couple of weeks of sun bathing time in the Mediterranean or maybe planning a garden project. The London Boat Show, however is for people with slightly more ambitious summer projects in mind.From luxury ocean-going vessels to jet skis, this exhibition tells you all you need to know about life afloat and not just in terms of what kit to buy. Expert panels, talks by Olympic sailing champions and even a fashion show are aimed at those who want to buy into the complete nautical lifestyle and mindset. It’s not all serious sailing though: Thursday is late night party night with cocktails and club DJs. www.londonboatshow.com

Casual browsers beware! This year’s London Art Fair is exhibiting contemporary and modern works that are unashamedly political and confrontational. Photo collages, large installations and works from some of last century’s pioneers are all on show.In the photography section “Gravitas’ is particularly interesting as it attempts to tackle the transformation of adolescents into adulthood without being exploitative. Artists from as far away as Zimbabwe and South Korea will be showing their work. The Lightbox Museum will be lending some of its 20th century works to the exhibition including such notables as Barbara Hepworth and Henry Moore. www.londonartfair.co.uk

The Magical Lantern Festival London is a visual feast of imagination, history and culture and consists of various glowing sculptures that take the form of the mythical and the natural. Now in its second year in the capital, the festival is a fitting prologue to the Chinese New Year as it takes inspiration from the Silk Road, an ancient trade route that connected Europe to the Far East.All the nations, past and present, that were influenced by this route are represented by a collection of massive lanterns that have been installed in the grounds of this magnificent stately home. In addition to the illuminations there will be a vintage funfair, virtual reality games, street food and an ice rink.

Celebrating its 21st year, the Adventure Travel Show continues to fire the imagination of London’s many intrepid travellers. Visitors to this exhibition are not afraid of going off the beaten track when it comes to holidays; however, they are the first to admit that planning is key. Trips range from small groups to major expeditions and the advice on offer here is top drawer.Travel journalists, professional explorers and tour organisers will each be giving talks about how to take the holiday of a lifetime while still remaining in control of your schedule and budget. Specialist operators see this exhibition as a chance to introduce people to new sectors of the travel experience industry with volunteer projects being a particular growth area. www.olympia.london

As the world stutters towards apocalypse, four post-menopausal women sit in their back gardens and reveal dark secrets to one another. This dystopian near-future drama envisages society crumbling as the public sit glued to their screens while starving. The government launch one crackpot scheme after another and get away with it because the citizens are busy trying to buy the right to breathe air online.The four women dispense wisdom in a series of riveting monologues. The hugely underrated Linda Bassett is undoubtedly the star of the show but she is ably supported by the other three. The sense that the male dominated political consensus in the West is crumbling has never been so vividly portrayed. www.royalcourttheatre.com

Love, tragedy and sacrifice are themes that are boldly written in this haunting masterpiece of dance. Giselle is an innocent farm girl who falls in love without knowing that the object of her desire, Albrecht, is a nobleman in disguise. Already engaged to be married, his deceit is played out behind their romantic set pieces but it’s not long before Giselle finds out the truth.Driven crazy by the grief of betrayal, she dies and goes to be where the spirits of all jilted brides go – a beautiful army of ghostly ballerinas whose mission it is to lure unfaithful men to their death. It is only when Giselle realises that Albrecht is their target that she decides to act with truly breathtaking consequences. www.eno.org

It is no surprise that the Australian version of that most popular of art movements should be somewhat different from the European school. Impressionism is above all influenced by light and the different way it interacts with nature and man. Natural light in Australia is not only more plentiful but is also less diffuse and the sheer drama of the colours involved inevitably took Australian painters down a different route.Featuring four innovative antipodean artists, Tom Roberts, Arthur Streeton, Charles Conder, and John Russell, this exhibition allows glimpses of life in the growing cities around the coast before taking us inland for a series of heart-stopping outback landscapes. These landscapes in particular helped to forge a sense of identity amongst Australians in the early 20th century. www.nationalgallery.org.uk 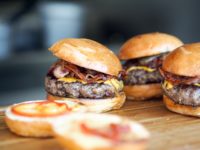 Want cutting-edge street food without pigeons and plummeting temperatures? Head to Dinerama in Shoreditch where the martinis are dirty and the beards are bushy. Nine top purveyors of authentic street food experiences are gathered under one roof and the result is gastro-heaven.Start at the Slider Bar for appetising bites before moving on to the Smokestak where the brisket sandwiches are as high as they are mighty. For afters, check out the bespoke mini-donuts at You Donut! Before heading to one of four funky cocktail bars. www.streetfeast.com