Home NewsEPC a decade on

EPC a decade on

In October 2008, the government introduced the Energy Performance Certificate (EPC). It assessed a property’s energy performance, rated it A-G (A being the most efficient, and G the least); suggested improvements and rated what its energy efficiency would be, based on these improvements. Every seller or landlord has to have an up-to-date EPC by law (unless they are resident in the property themselves, in a listed building or a place of worship).

The EPC was in response to the fact that domestic properties are the source of a quarter of the UK’s total CO2 emissions. There was (and still is) a drive to improve the population’s understanding of energy efficiency, whether that’s changing the light bulbs or improving the loft insulation.

Ten years on however, and change is coming. In April 2018, the government plans to introduce a new Minimum Energy Efficient Standard (MEES) of rating E. This means any property in England and Wales must achieve an E rating before it can be rented or sold.

For landlords this could prove problematic. Any major works such as replacing the windows or cavity wall insulation may have to be carried out between tenancies and the additional costs could be significant (the RLA’s research on Energy Efficiency showed that one in four landlords have already spent an average of £6,780 making energy efficiency improvements). The MEES is only eight months away which means contractors are going to receive a deluge of bookings and be unable to commit to them all. There are additional factors too: In the event of a tenant’s death, the EPC rules are unclear because it is a new tenant (a spouse, partner or child of the agreed tenant that takes over the property) but not a new tenancy agreement; the current rating system isn’t infallible – according to the Building Research Establishment (BRE) 100,000 properties with solid walls and uninsulated cavity walls have been incorrectly given F and G ratings – and the age of the property might make EPC improvements impossible.

So what can be done? If it is only new tenancies and renewals that require an up-to-date EPC and a minimum rating of E then landlords with long-term tenancies need not be too concerned (it won’t be extended to cover all private tenancies until April 2020). This is true for regulated or assured tenancies too if they were set up before October 2008 as this RLA case study shows. After that date however, any new lettings or sales will have to conform to the EPC changes. If in doubt, it’s a good idea to speak to one of our property management experts who will be able to advise.

On the issue of unreliable EPCs for properties with solid walls or uninsulated cavities, the Residential Landlords Association is waiting for the government’s solution before advising its members. The RLA estimates that 34% of private rented sector properties were built before 1919 when cavity walls were introduced – that’s 330,000 Victorian and Edwardian properties that are especially hard to insulate and likely to have an EPC of F or G.  The government is expected to release guidelines in October this year for landlords and sellers that take into account the age of the housing stock and what energy efficiency measures are possible.

Finally, the issue of cost; while the government has projected that landlords will spend no more than £1,800 on improvements, figures show the real cost to be more than three times that. There are finance options available to UK-based landlords mainly in the form of ‘Green Deal’ loans which will need to be repaid with interest, but the idea is that the amount saved on the energy bills covers the cost of the improvements. It’s worth mentioning that Council Tax might end up linked to the energy efficiency of a property too.

One final but important point; landlords who don’t improve the energy efficiency of their properties will not only not be legally allowed to rent them but will also face penalty charges of up to £4,000. So don’t bury your head in the sand, come and talk to our experts and ensure your EPC is up to date and meets a rating of E or above for efficiency. Our professional property management team can help ensure your property complies with all legislation. For more information, call 0207 319 9740 or email info@benhams.com. 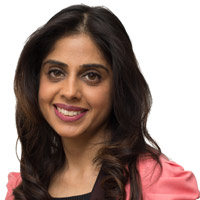 A qualified lawyer (she studied Law with French Law) at UCL, Simran began her career working for a city firm specialising in commercial real estate, before joining Benham and Reeves in 2006. During this time, Simran has put systems in place to streamline administration, enabling the company to compete effectively with much larger organisations. As a result, the company’s property management department has grown substantially – in 2006 it managed 885 rental homes whereas today the department manages nearly 2000 properties for clients, including a growing number of overseas clients. Read more about Simran Prasad here - Read full profile

View all posts by Simran Prasad