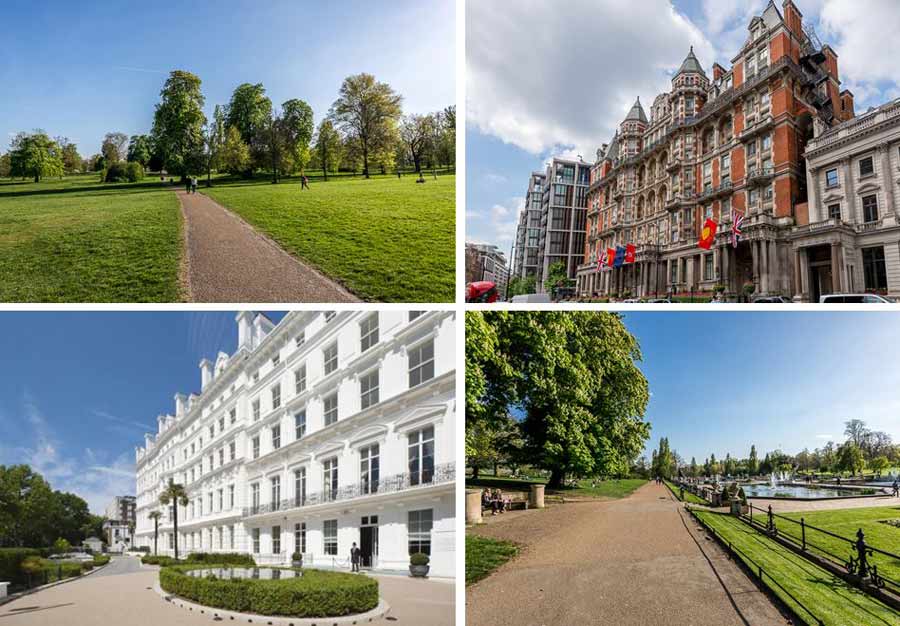 In terms of breathtaking views, apartments overlooking Hyde Park rival anything found by the River Thames. With vistas such as these, investing in property around this famous part of London brings landlords benefits of rock solid rents and minimum void periods. Hyde Park demarcates and defines the centre of the UK’s thriving Capital.

Hyde Park’s borders touch both Paddington and the West End, so tenants have quick access to world-class shopping and efficient transport links. City professionals, in particular, will be attracted to the direct link that Marble Arch station has to the Square Mile via the Central line Underground. Wealthy students are also likely to favour an area with close proximity to the university district of Bloomsbury which is near Tottenham Court Road station, also on the Central line. Anywhere that has Mayfair and Kensington as immediate neighbours is going to be classed as prime location territory, but the streets of Bayswater and Paddington on the northern border are relatively less pricey and therefore the natural target for investors looking to obtain a reasonable rental yield. This doesn’t mean that properties in the W2 are cheap – far from it, but when you consider that apartments in nearby Park Lane, Kensington Palace Gardens and One Hyde Park are comfortably in the eight figure bracket, then Bayswater represents good value.

Our lettings branch in Sussex Place have recently witnessed a growth in demand for properties north of Hyde Park and are well placed to provide local guidance and rental projections. St Stephens Gardens contains several Victorian Grade II listed buildings that have been tastefully converted into studio and one bedroom apartments. This type of accommodation is ideal for a property investor who is considering sending their children to any one of London’s best universities as their central location will guarantee a steady flow of good tenants long after the kids have graduated. Capital growth and typical rents averaging £300 per week make this a solid long term rental investment.

Any quest for finding value in West End/Hyde Park will inevitably focus on the new residential quarter that has built up around Paddington. Named Paddington Basin, it contains brand-new property developments and commercial spaces with a canal-side strip that provides places to eat, shop and relax in. Merchant Square is a prime example of how far this area has come. One, two and three bedroom apartments with floor to ceilings windows, 24-hour concierge and underground parking are the epitome of urban luxury and are popular with corporate professionals. Rents start from £490 per week for a one bedroom apartment rising to £2,000 per week for penthouse apartments. At the time of writing, there are two bedroom apartments in Merchant Square available for £900,000.

Other developments nearby include Paddington Central (now called Sheldon Square), Paddington Walk (now re-named Munkenbeck) and West End Quay, the first major development to go up in the area, where rents start from £425 per week. A major branch of the Grand Union Canal has transformed the views and with Paddington being a major stop on the new Elizabeth line (Crossrail) high-speed link, these apartments will always be in demand. A one bedroom apartment in Balmoral Court which is in the heart of West End Quay has recently been snapped up for £675,000. A guide rental price for this property would be £450 per week.

The neighbourhoods of Bayswater and Queensway are a vibrant mix of fine housing and eclectic night-life which revolves around a buzzing restaurant scene. Ethnic cuisine from almost all corners of the globe are represented here. The Crossrail initiative is set to transform the area as high speed trains make travel through the West End and the City a simple matter of five lightning quick stops between Paddington and Liverpool Street. Heathrow Airport and Canary Wharf will only be half an hour apart with Paddington being at the halfway point of the journey;fast times indeed!

Even so, the glittering shopping thoroughfares of Bond Street and Regent’s Street will still be a major attraction, as will be the ever-glamorous Theatreland district around Covent Garden. These are the institutions that created the West End and their attraction will remain. Because of Hyde Park’s proximity to the glitzy atmosphere that surrounds the W1, WC1 and WC2 postcodes, it has some pretty jaw-dropping examples of super luxe rentals of its own. “The Lancasters”, an ultra-modern property development with a perfectly preserved 18th century facade directly opposite the park, has two bedroom apartments that are priced at over £3 million. With a fitness and spa complex taking up the whole basement and select interiors designed by the Queen’s nephew, Lord Linley, you get some idea of the kind of tenants that this property is aimed at. Rental prices range from £750 per week for a studio rental apartment to 3 bedroom mansion flats at £5,500 per week.

Another incredibly popular new build is Fitzroy Place in Fitzrovia W1. Comprising 230 luxury homes, the development was built on the former Middlesex Hosptial site, situated close to two of London’s top universities. Deluxe interiors and great on-site facilities including a 24 hr concierge service, private gym, spa facilities, a recreation room and a 20 seat cinema make this a big hit with professional tenants and wealthy students. Rents here are higher, starting from £600 per week rising to £10,000 for a duplex penthouse but demand remains high and we are letting smaller units within a few days.

Looking to the future, the big story has got to be the proposed redevelopment of St Mary’s Hospital which will convert a mix of old buildings into a single modern structure next to Paddington Crossrail. As the excess land starts to become available, potential investors would be wise to consider the rental opportunities on what promises to be the next great property success story in Central London.

If you have a property to let in the W2 postcode and would like to know how much rental you could achieve, contact our Hyde Park branch or click here for an instant valuation. 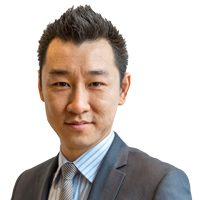 Di joined the Hyde Park branch of Benham and Reeves in 2014, bringing eight years of experience in sales and lettings. Initially a negotiator, Di was swiftly promoted to the position of manager and handles property lettings throughout the Hyde Park area, from Bayswater and Notting Hill to Mayfair and Paddington. Di is ARLA qualified and has the NAEA (NFOPP) qualification. Read more about Di Gong here - Read full profile

View all posts by Di Gong