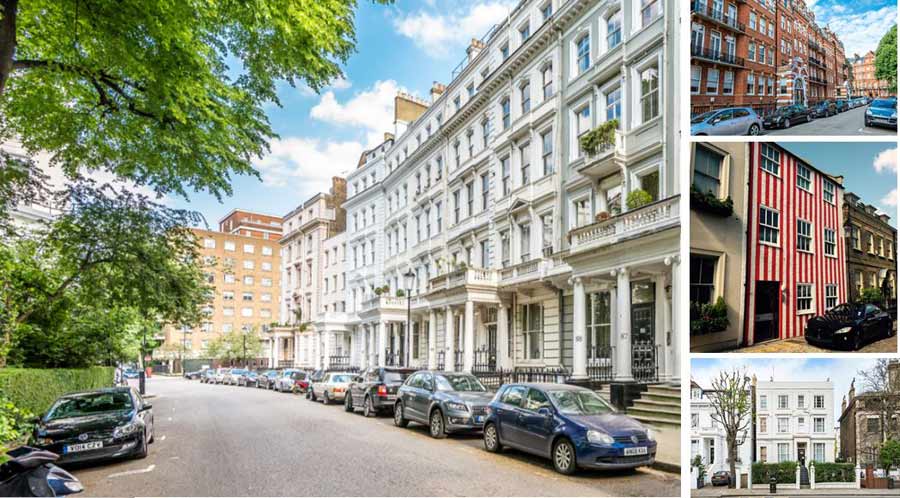 Robustly resistant to extreme economic cycles, Kensington remains a solid choice for investors and landlords looking for long-term stability and growth. While it may be true that the markets in London’s prime areas are in the process of cooling, the long-term trend is encouraging. Over the last few years, Kensington has enjoyed the kind of double-digit growth in house prices that makes diversification and new-build developments, not only possible, but desirable. By combining Kensington’s enviable heritage with its new-found appetite for expansion, property developers have found ways of providing unique living spaces for corporate professionals, wealthy students and EU tax exiles alike.

The old Kensington that they know and love is as prosperous as ever. The museum quarter around South Kensington station is still a marvellous mix of mews cottages and grand Victorian mansion blocks. Georgian townhouses, with stuccoed front porches overlooking immaculate garden squares continue to dominate the side streets off Kensington’s main thoroughfare. Pockets of luxurious London such as these and Phillimore Gardens are totally resistant to regeneration and have no need for it, but there are areas on the fringes that are ready for change and present interesting investment opportunities.

Let us view four examples of properties that have remained competitive:

375 Kensington High Street is a modern new property development that is more than just a desirable address. When it was built in 2014, it was seen as a pioneer property development in an area that contained so many historic buildings. Since then, 375 Kensington High Street has gone from strength to strength with other select new property developments following suit. Prices start at £1.3 million for a one bedroom apartment because the kind of high quality facilities provided here do not come cheap. A private gym, swimming pool and, most interestingly, a Harrods concierge service ensure that these apartments provide the sort of luxury living that a corporate professional renting in West London would expect.

At the other end of the historical spectrum is Kensington Court which is tucked away off the High Street near the southern border of Hyde Park. Having managed and let properties here for many years, we can testify to its enduring popularity with those who like period features. With prices starting at just over £1 million for a two bedroom apartment, this strikingly handsome red brick building with tall sash windows is well positioned just a few minutes from the main thoroughfare and Tube station

One bedroom apartments £496 per week

Kensington Square is the kind of place Hollywood directors once thought typified London living. Immaculate Grade II listed terraces overlook a private garden square surrounded by wrought iron railings. Many of the  houses have been converted into one bedroom apartments that have enjoyed a steady rental increase over the last three years as demand here is always high.

Kensington’s large size means that it contains both Zone 1 and 2 neighbourhoods with both having good access to Underground stations. Warren House, Kensington Westside was the first new development scheme to arrive in West Kensington, at the bottom of Kensington High Street. Buying a two bedroom apartment here just before the recession might have proved costly in some other areas, but a client who uses our management services did exactly that in 2006 and has seen 20% growth in rental values. The flat started out being rented for £485 per week and is now achieving £585 per week, having got through a decade of economic uncertainty with just two refurbishments.

Another exciting project is taking shape at the site of the old Commonwealth Institute, just outside Holland Park. A new property development containing 62 apartments will provide expansive views of the park and will be called Holland Green. Over the road, the much-loved facade of the historic Odeon Cinema is to form the centrepiece of a collection of 40 apartments. There are also plans to convert the post office at 257 Kensington High Street into 72 high-spec dwellings.

The factors that contribute towards all these success stories are far from mysterious. Landlords who anticipate the expectations that high-net worth tenants bring with them will always be ahead of the game. State-of-the-art kitchens, tasteful refurbishments and access to five star amenities are base-level requirements that need to be met, if not exceeded. The rewards for this diligence are premium rentals, low void periods and trustworthy tenants that pay promptly (as much as six months in advance sometimes).

For further advice about renting or letting a property, contact our Kensington lettings branch who will be happy to give you an up to date valuation.