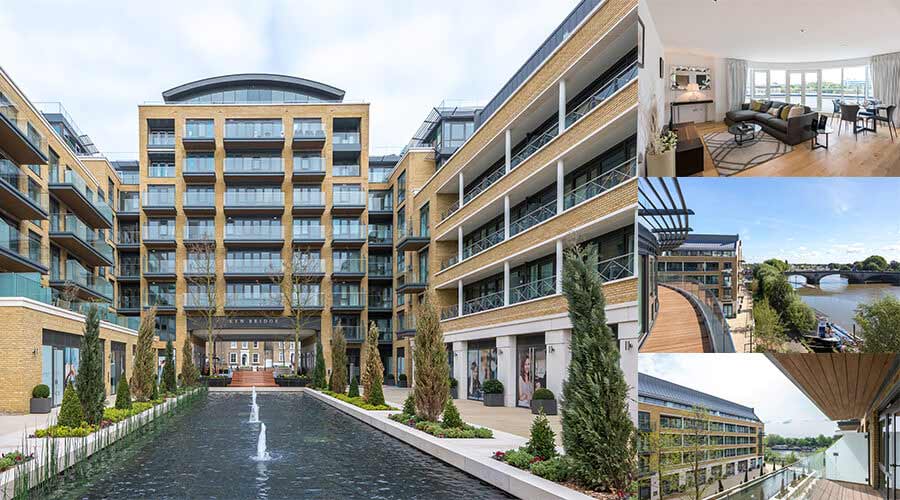 Part of a tranquil stretch of the Thames that borders with nearby Richmond, Kew Bridge is a modern property development that combines unique architecture with a stunningly attractive riverside location.

Residents at Kew Bridge are also situated close to Europe’s largest urban park, a world famous botanical centre and a cluster of stately homes. Families can view wild deer in Richmond Park, walk among the treetops in Kew Gardens and catch up with history in historical Syon House: all within 10/15 minutes by public tansport.

All apartments feature spacious balconies, wood flooring and fully integrated kitchens. Top quality materials and workmanship are in evidence throughout the development with a priority given to making the best use of all available natural light. From the lobby area to the stylish water features and from landscaped gardens to the full height windows, Kew Bridge offers a comfortable and affordable choice for both corporate professionals, couples and also young families. Rents are competitive when compared to apartment conversions in Richmond or similar new property developments in central London:

The picturesque Kew Village is directly across the river from the apartments and can be accessed by walking across the Grade II listed Kew Bridge. Here, a comprehensive selection of independent shops, pubs and restaurants can be found arranged in a rough semi-circle around the village green and right next to the Royal Botanical Gardens. This is the place where anyone renting an apartment at Kew Bridge will spend most of their unplanned leisure time, although the cafes and shops of Chiswick and Richmond will also be a draw. The Northern (Brentford) side of the bridge is where developers are focusing their energies and an attractively modern neighbourhood is taking shape with new apartments, shops and cafes springing up on a seemingly weekly basis.

As expected, this semi-rural location leans towards a more relaxed lifestyle but Kew is surprisingly well connected too. Kew Gardens Station is on the newly revamped London Orbital rail system which links previously disconnected key London suburbs such as Hampstead, Clapham and Shoreditch. All five terminals of Heathrow Airport are within a 15 minute car or taxi ride away as is the M4 motorway which forms the gateway to the Cotswolds and the West Country. Kew Bridge Station is 30 minutes from London Waterloo and is therefore the main commuter route to the City and West End.

As an area, Kew is located on both sides of the river with the north bank forming a natural link to other Thames path neighbourhoods like Chiswick, Hammersmith, Fulham and Chelsea. These adjacent districts can be reached via the District Line from Gunnersbury Station (Zone 4). Transport options will be further expanded when the Elizabeth Line starts to operate an express service into Zone 1 from Ealing Broadway, which can also be reached from Gunnersbury. This will place both Canary Wharf and Heathrow Airport within half an hour from the front door of Kew Bridge.

So, infrastructural and transport changes are set to further transform an area of West London that is already thriving and it’s therefore safe to say that Kew and Brentford can no longer be regarded as fringe districts. Kew Bridge, in particular, presents viable options to commuters who wish to combine tranquil surroundings and fast access to Central London. If you are interested in Kew properties, contact our Kew branch for more information. 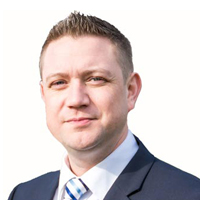