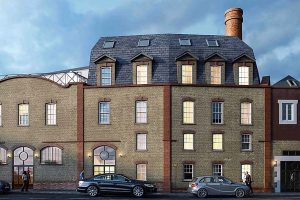 A History of Commerce

High specification renovation projects like Warple Lofts are part of the reason why Acton is ready to step out of the shadow of its more well-known neighbours. Another crucial factor is the advent of a super-fast rail connection that will revolutionise travel and put the population of this smart West London suburb right in the centre of things.

An abundance of soft spring water and unhindered routes eastwards made Acton the early 19th Century laundry capital of London and this prosperity continued to grow along with industrialisation. The area then became a base for engineering workshops and light industry, giving rise to spacious brick buildings and direct rail connections. Fast forward to the present day and it is residential property developers, rather than factory owners, who are raising the profile of the W3 postcode. 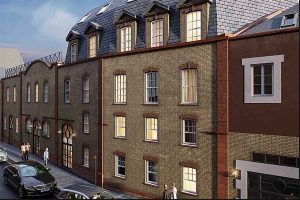 A great example of this fulfilled regeneration potential is Warple Lofts, a former commercial space that is now home to a converted building comprising ten immaculately designed luxury apartments. The UK developer has imaginatively retained the original quirky Victorian façade while utilising the high ceilings and ample floor space in order to create an address that fits the contemporary urban aesthetic that London is so famous for. The competitive pricing of Warple Lofts, in comparison to surrounding areas, is bound to excite demand and investors looking for good value in Zone 3 are advised to give the development their full attention particularly those looking for portfolio diversification. Here, one-bedroom apartments can be purchased under the stamp duty threshold. Rentals apartments in Acton are always in high demand as the area is in good proximity to both Central London and Heathrow Airport. Void periods are expected to be negligible for an increasing professional local workforce. 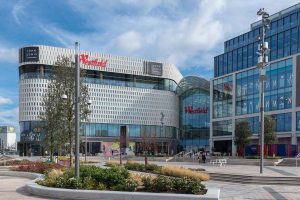 Great for shopping and commuting

All kinds of professionals including media executives and tech personnel have all made Acton their home and appreciate the short commuter journey into the West End and the City. The M4 Tech Corridor is also within easy reach. Young families are attracted to the peaceful tree-lined streets and abundance of green open spaces. Post-graduate students will be able to easily travel to the new Imperial College campus in nearby White City.

Warple Lofts is close to the main road through Acton which connects it to Shepherds Bush, Ealing and Chiswick. There are plenty of shops and amenities to choose from in a revitalised High street that includes a new shopping centre, several new eateries and great gastropubs. Residents here are also just a five-minute car ride from the Westfield London in Shepherd’s Bush. As Europe’s largest indoor retail space, this mega-mall houses almost every conceivable high street brand as well as a parade of super-luxe shops, a multiplex cinema and a massive selection of restaurants. Close to the attractive open spaces of Ealing Common, Acton Park and Ravenscourt Park, Acton is also within easy reach of the glamourous café culture of Chiswick and the riverside views of Hammersmith. 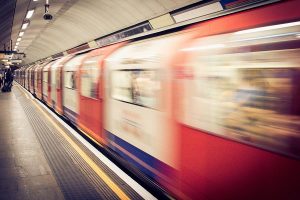 The streets of Acton cover quite a large area of West London, yet they remain superbly well-connected, thanks to the presence of no less than seven rail options!The nearest station to Warple Lofts is Acton Central which together with South Acton station is on the London Overground orbital system that links several Zone 2 and 3 districts together. Acton Town Underground station runs services on the District and Piccadilly lines, connecting the area to the City and the West End in one direction (east) and all five terminals of Heathrow Airport (Piccadilly Line) in the other (west). Other Central London-bound services run from North, East and West Acton stations which are all on the Central Line. A Paddington – Heathrow shuttle service stops at Acton Main line station every 20 minutes, providing an alternative link to the West End.

Central London in 15 minutes when the Crossrail opens

The ultra-fast Elizabeth Line (Crossrail) route is due to transport Londoners from Heathrow and the Thames valley, right through London and on to Essex. Along the way it will zoom through the West End, City and Canary Wharf, slashing journey times and changing the way London does business. Acton main-line is the last Crossrail stop before the West End: a reality that will certainly excite interest among those wishing to take advantage of halved commuter times. Arriving at your front door in just 15 minutes after leaving Oxford Circus, has to be a lifestyle change worth investigating!

If you would like to get more information, get in touch with one of our Sales team now.