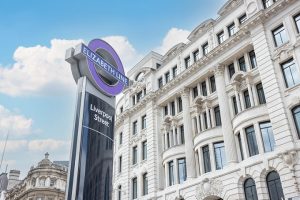 The much-heralded Elizabeth line (also known as Crossrail), positions an already world-class transportation system firmly at the centre of a growth template that stretches into the 21st Century and beyond.

In terms of sheer impact and reach, the Crossrail project vastly outstrips anything that has come before it on the London Tube network. Covering a 100km route from Reading and Heathrow in the west, to Shenfield and Abbey Wood in the east, it forms the basis of a major push for economic growth in the Southeast of England. The increased speed and efficiency that the Elizabeth line brings to the region automatically puts an extra 1.5 million people within three-quarters of an hour from Central London.

The benefits to international travel are similarly impactful, with business flyers being able to catch a plane to Singapore or Dubai within 30 minutes of leaving a meeting in Canary Wharf. Making this exciting new reality available to all is what the Elizabeth Line represents with a regular fast service (every five minutes) from Canary Wharf to Heathrow Airport’s Terminal Five.

Previously overlooked areas of the London are now finding that their proximity to a new, ultra-convenient transport offering puts them squarely in the sights of those looking for the next big London property boom area. Southall and Hayes – two suburbs that, historically, were nowhere near anybody’s prosperity radar, are now regarded as serious contenders. These are neighbourhoods that today have the same journey times into Central London as somewhere like Chiswick or Finchley. The Elizabeth Line has, therefore, become the ultimate game changer as reduction of travel times brings more and more suburbs into its influence and orbit.

London property values have long been synonymous with the success and future prosperity of any infrastructural change in the Capital and a look at some of the trends gives us a clear idea of the impact of Crossrail, particularly along its route.

Impact of the Elizabeth line on the London housing market 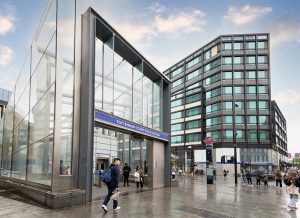 There is definite evidence of a “Crossrail Bounce” – a series of property mini-booms in the streets that surround the various stations along the route. From the announcement of the rail initiative, right through to its completion, property prices have risen in these areas: some more sharply than others. However, it’s not just the creation of new commuter belts that is stimulating the London economy as over 300,000 new jobs and 90,599 new homes have also been generated. A highly skilled and aspirational workforce is now on the lookout for good schools, open green spaces and good amenities and the outer fringes of London are just where they’ll find them.

The areas that witnessed the most dramatic changes are those located just on the edge of the main underground networks. Crossrail has transformed them into major transport hubs and developers have not been slow to realise their potential. A number of exciting new builds have taken shape which is massively encouraging for shrewd investors and tenants who want the best of both worlds.

Where to buy property on the Elizabeth line, London

On the Capital’s western fringes, the profiles of neighbourhoods like Hayes and Southall are rising as people take advantage of their positions on the Elizabeth Line. Comparatively cheap housing stock continues to attract investment and proximity to Heathrow Airport will attract corporate frequent flyers. Located near the banks of the Grand Union Canal, Southall is well known for its bustling multi-cultural high street and pan global selection of restaurants.

Ealing is closer to Central London and has traditionally been the stamping ground of media professionals and other creatives. More capital is needed if you want to invest here, but the scenic parks and top-performing schools around Hammersmith, continue to attract the best and brightest. Paddington is where the West End starts in earnest and the area around the Overground station has been smartened up in keeping with its pivotal role in the Elizabeth Line network. It’s also another West London area that is bordered by historic canals and towpaths.

Other primed areas to invest that came with Crossrail

Thanks to a series of massive regeneration pushes, East and Southeast London were already primed for the changes that came with Crossrail. Great views of the Docklands skyline and the River Thames, living history on every street and plenty of open spaces are all part of the attraction. Areas close to the Elizabeth Line are flourishing the most:

With almost £20 billion spent, can the Elizabeth Line be deemed a success? All great city expansions start with a comprehensive overhaul of transportation infrastructure. Canary Wharf did it with the DLR network and the 2012 Olympics followed suit with the Jubilee Line extension. A large chunk of Northwest London was built on the back of the Metropolitan Line, which opened up vast areas of countryside for the Capital’s expanding populace. Any plan that can half journey times to offices/theatres/venues is bound to capture the imagination of today’s modern renter. Wise investors have seen the effect that the Elizabeth Line is having and are ready to capitalise on its success.

If you are looking to buy a property near the Elizabeth line, get in touch with our Sales team who will be happy to assist.