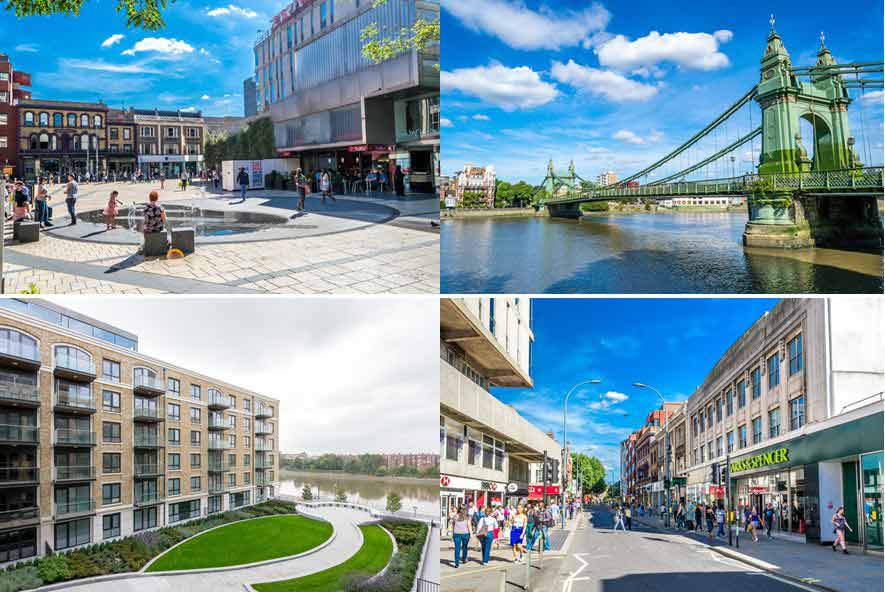 Riverside locations in London have never been more popular and Hammersmith is certainly riding high, thanks to the kind of vantage points that are bound to suit corporate professionals who still need to be near the West End and the City. Due to its elongated shape, almost any place in Hammersmith is near the riverbank, a fact that gives the area a relaxed, yet confident outlook. Plans to improve the area’s infrastructure and traffic flow can only be good news for prospective residents of W6. Hammersmith is in London Underground Zone 2 and yet the view across the river to the Barnes wetland conservation area is pure English countryside. Apart from corporate professionals working in the City or the M4 corridor (Hammersmith has excellent links to both), young families are attracted to a part of the Thames that offers plenty of green spaces, good schools and extensive shopping facilities. Hammersmith is similar to most areas in London in that the nearer you are to the Thames, the more you can expect to pay in rent but developers of new-build properties have been careful to provide the kind of amenities that will make them competitive.

In this respect, Sovereign Court, Queens Place and Fulham Reach are almost tailor-made. Fulham Reach overlooks the river and provides the complete modern urban living experience. Apart from a fitness suite, residents have access to both a private screening cinema and a temperature-controlled wine cellar. One and two bedroom flats are available for £525 and £750 per week respectively. The view from Queens Wharf, also near the river, is enhanced by the presence of the Grade II-listed Hammersmith Bridge. Its 165 apartments form part of an expanded cultural centre that includes the Riverside theatre venue, with their curved balconies and large windows designed to make the best use of all available natural light. Sovereign Court is positioned slightly more inland than the other two developments, but matches them in terms of on-site amenities and proximity to the Underground station.

Although Hammersmith has certainly welcomed these new property developments, it has also carefully protected certain areas of historical importance. The central part of the neighbourhood comprises a conservation area called the Mall. It consists of beautiful Georgian houses that open their front gates right onto the Thames Path and picturesque pubs that have served such notables as Dr Johnson and Ernest Hemingway. Renting a two bedroom apartment near here in Rutland Grove will cost £500 per week. North from here is where Hammersmith starts to merge into Shepherd’s Bush, an area where developers have been particularly active. Brackenbury Village and Ravenscourt Park are two fringe areas seeing lots of regeneration. Ashlar Court is a converted hospital that comprises 68 new apartments behind an original Art Deco façade, with two bedroom flats available for £550 per week. Hamlet Gardens is a more traditional Victorian red-brick building with two bedroom conversions available for £680 per week.

Hammersmith’s main shopping thoroughfare is King Street which starts at the tube station and runs westward towards Ravenscourt Park. Most of the main high street chains are clustered around here and large parts of the area has been pedestrianised to make it more family-friendly. For more luxurious brands, residents can head north to the vast Westfield Shopping City, only a couple of miles away in Shepherds Bush. The W6 restaurant scene is lively and diverse with a culinary range that goes from Mediterranean to pan-Asian. The much fêted River Cafe, which was the training ground for celebrity chefs Jamie Oliver and Hugh Fearnley-Whittingstall has pride of place on the Hammersmith waterfront near Fulham.

Hammersmith has gained something of a reputation regarding the quality of its arts venues. The venerable Eventim Apollo has always stood out due to its Art Deco interiors and long history of landmark gigs. It was here that David Bowie famously “retired” his Ziggy Stardust persona before embarking on the most creative phase of his career. Today, it specialises more in high-profile comedy shows with the nearby O2 Shepherd’s Bush taking on the mantle of West London’s premier rock venue. The Lyric Theatre in Kings Street is a more experimental space that tends to profile contemporary drama and dance. Riverside Studios is due to reopen as part of the Queens Wharf new property development and will focus on cutting-edge digital productions and music theatre. All this creative energy in such a relatively small space lends a sort of ‘Theatreland’ feel to the neighbourhood.

Because of its location between the centre of London and Heathrow Airport, Hammersmith will always be a popular spot for corporate offices. Coca Cola, Disney and L’Oreal are three big brands that operate from just next to Hammersmith Underground Station. Like the people who live here, they are attracted by the fact that three separate Tube lines run from two stations. The Piccadilly Line runs due east into the West End and west to Heathrow, terminals 1 – 5. The District Line passes through Kensington and Victoria Station where it connects with the Gatwick Express link, before going through to the City. The Hammersmith and City Line is important in that it provides separate access to Westfield Shopping City, the new Crossrail super shuttle and the St Pancras Eurostar terminus.

Anybody looking to rent in an area possessing the same views as Chelsea and Fulham, but without the hefty price tag, will find plenty of positives in Hammersmith W6. Please do get in touch with our Hammersmith branch located on-site at Fulham Reach for more information. 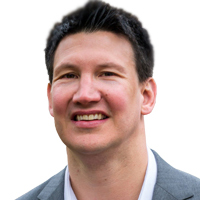 Glen joined Benham and Reeves initially becoming the top negotiator in the company, then swifty moving on to become Area Manager for West London before becoming a board Director. Read more about Glen Neligan here - Read full profile

View all posts by Glen Neligan