When does a brand become a legend? Many heritage products were conceived in the aftermath of the industrial revolution, with British goods having access to ready-made markets throughout a vast empire. Grandiose London headquarters became almost as iconic as the brands they sold, but in the mid-20th Century many were demolished or fell into neglect.

Property developers now recognise that London’s industrial history is a valid unique selling point and that the Victorian spoured as much energy, craft and skill into a condiments factory as they did into a war memorial. This has given rise to a phenomenon known as the “landmark conversion”, where a famous building that is associated with a household name, is carefully repurposed into contemporary accommodation where the developers have taken great care to preserve as many of the period features as they can and usually name the scheme after the original brand. 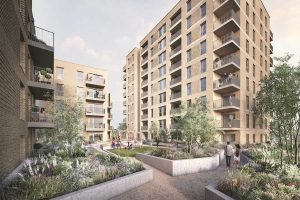 For over a century, the Kodak Factory provided a commercial and social focus to Harrow. The low-rise brick buildings were built in 1891 by American entrepreneur, George Eastman and up to 6,000 people were employed in the making of cameras, photographic film and paper. Today, this same site is home to a collection of superbly designed homes and is named after Kodak’s founder.

Fun fact: One hundred chickens were kept on the premises. They provided the egg whites needed to coat special photographic paper. 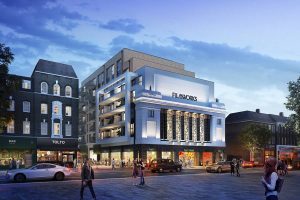 Built on the site of a 1930s Art Deco masterpiece, Filmworks is a St George property development that has kept the beautiful façade of the original structure and incorporated into it a collection of luxury apartments and facilities. When the Forum Cinema opened in Ealing, movies were about to enter a golden age, but other attractions would have been dance bands, famous orators and classical orchestras. The entertainment legacy lives on in the shape of an eight-screen multiplex.

Fun fact: The first ever film to be shown was Love, Life and Laughter, starring Gracie Fields, which was actually made down the road in Ealing Studios. 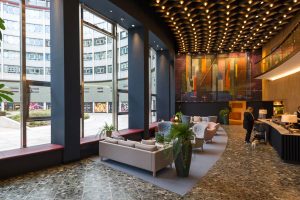 For over half a century, a large part of the nation’s media consumption was controlled and influenced from the “Doughnut” – a circle of offices and studios in the West London suburb of White City.From here, the British Broadcasting Corporation produced some of Britain’s most iconic TV programmes, such as Dr Who, Sherlock and Match of the Day.

Although the studios have relocated, the official name of Television Centre has been retained and the brutalist architecture remains as compelling as ever, but is now the site of a £1 billion apartment complex. The Doughnut now contains 400 flats plus a cinema, Soho House, restaurants and offices.

Fun fact: In 1960, politicians were initially reluctant give interviews at TV Centre as they regarded White City as “too far” from Westminster. 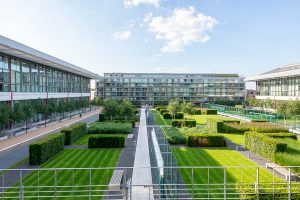 Arsenal FC were initially a South London outfit, based in Woolwich. In 1913, they rented church land in Highbury and along with Tottenham Hotspur became the focus of North London footballing rivalry. The Highbury ground was famous for its Art Deco stylings which were added in 1935 and coincided with the clubs rise to dominance. After Arsenal moved to a new home in 2006, developers wasted no time in converting the old stadium into luxury apartments. The historic façade was retained as it was regarded as part of the unique character of what has always been a largely residential district. Some of the most sought-after apartments overlook what used to be the pitch where Arsenal won so many trophies.

Fun fact: Arsenal are the only team to have a Tube station changed for them. Nearby Gillespie Road Underground station was renamed Arsenal in 1932. 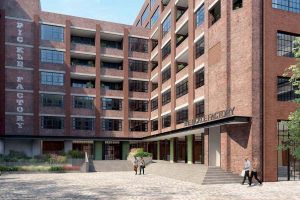 Food manufacture has been an important part of South London’s economy for many years. The Crosse & Blackwell riverside factory in Bermondsey was just one of their many operations that rose to prominence in the late-19th century. They particularly interested in acquiring smaller brands and when rights to the world-famous Branston Pickle condiment were purchased, the Bermondsey site was the place selected for production.

Inspired by this legacy, property developers London Square have built on the site of the old factory as well as an old Tannery site, where fine leather goods were produced. Superbly designed one, two and three bedroom apartments now look out onto one of the world’s most iconic skylines. The property development is named The Crosse and The Tannery in recognition of its proud heritage. These, together with the Pickle Factory are also the names of the different phases that make up the scheme.

Fun fact: Crosse & Blackwell was one of the first companies to secure a Royal Warrant from Queen Victoria in 1837. 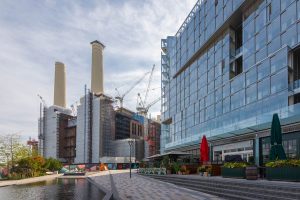 One of the world’s largest brick buildings the power station provided London with electricity and its quartet of chimneys famously dominated the West London skyline from the 1930s onwards. After its closure, a lack of clear vision hampered conservation efforts and the site lay neglected as various schemes came and went. Like most successful London initiatives, it took a private/public partnership to break the deadlock. With investors S P Petia taking the lead financially, Transport for London supplied the necessary Tube infrastructure and the new Battersea Power Station was born. Forming the western end of the Nine Elms regeneration scheme, BPS is now one of the most exciting and innovative mixed-use neighbourhoods in the world – a place for locals, tourists and residents to enjoy a unique blend of restaurants, shops, parks and cultural spaces. 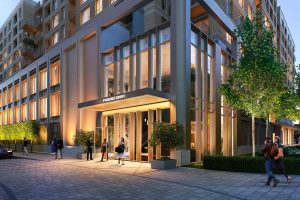 Contrary to popular opinion, Test cricket did not start at Lord’s, but rather south of the river at the Kennington Oval (now known as the KIA Oval). Looking at old photos of matches played here, there is one thing that is consistent. Whether it’s England scoring an unimaginable 903 for 7 in 1938, the great Don Bradman’s farewell in 1948 or Sunil Gavaskar’s magnificent double century for India in 1979, the iconic shape of the Kennington gasometer is always in shot. Incredibly, due to some innovative design moves from developers, Berkeley, they are now the home of some very well-positioned apartments. Grandstand views indeed!

Fun fact: The first match between England and Australia was played here in 1882 and when the home side lost, obituaries were published in the national newspapers. Subsequent matches between the two nations became known, collectively as The Ashes. 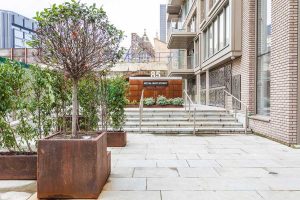 The view from Royal Mint Gardens takes in a millennium of progress. The new development is central to a large chunk of high-value real estate that overlooks some of London’s most venerated historical landmarks. Looming large in the foreground is the one-thousand-year-old Tower of London, where royal prisoners were locked up and where huge fortunes were locked away. There was so much wealth stashed within the castle’s walls that monarchs began to use it to issue gold coins. Named the Royal Mint, it was no surprise that most of the nation’s wealth was subsequently generated in the surrounding streets.

Fun fact: Apart from providing space for prisoners, storerooms and the mint, the walls of the building were also home to the King’s private zoo. 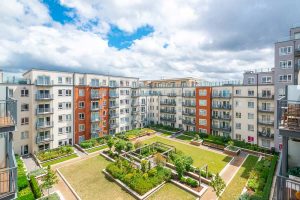 One thing that Colindale has in abundance is space. It’s a commodity that developers have exploited with a mix of ingenuity and energy which is a fitting tribute to the area’s heritage as one of the cradles of British aviation. The Hendon Aerodrome was established here in 1908 and was soon upgraded to a Royal Air Force base. Its closure in 1987 freed up a massive tract of land that eventually led to the construction of the pioneering new property development, Beaufort Park. Named after an aircraft that saw action during World War II, Beaufort Park’s collection of high-quality apartments have reshaped the future of a neighbourhood that, through the continued presence of an RAF Museum, has lasting ties to its intrepid past.

Fun fact: Before powered flight became common, the nearby Welsh Harp reservoir served as a launchpad for hot air balloons. 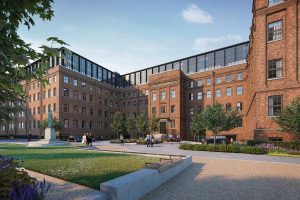 Of course, the reinvention of historical sites isn’t just a London trend. Twenty miles west of the Capital is Slough, which was once home to the famous malt beverage brand, Horlicks. Based in a striking collection of Edwardian brick buildings, the factory closed in 2008, but the listed buildings have been immaculately preserved and are now the centrepiece of brand-new property development that is set to revitalise the town centre. Horlicks Quarter is certainly a development to watch as the high-speed Elizabeth Line brings Slough much closer to Central London.

Fun fact: Manufacturer, James Horlick purchased the land for his factory from Eton College which is only three miles away.

London has a long track record of combining good quality design with architectural conservation and it is the sheer variety of businesses involved that have uniquely shaped it. From cameras to coins and from Spitfires to soup: communities are built on living history.

If you would like to be part of this new form of place making – to buy or rent, why not tell us what your requirements are, and we will get back to you with all the options.