Thanks to a combination of quiet residential streets, varied open spaces and a good selection of shops and restaurants, Ealing has become a rental property hotspot with families and professionals alike. It’s an ideal area to enjoy suburban charm, yet just 12 miles from City’s financial district. These factors, combined with the cutting edge Dickens Yard property development located moments from Ealing town centre, indicates that this popular W5 postcode should be given some serious thought when it comes to looking for a home to rent in West London.

Ealing is made up of several areas, including Ealing Broadway – the main commercial area – and South Ealing which is both residential and commercial. Ealing Common offers plenty of nearby open spaces and has direct access to a Tube station. Pitshanger and Hanger Hill are mainly residential, while West Ealing, with its W13 postcode, is also nearby.

Many individuals and families who move to Ealing tend to stay there long term, building community links and creating a real sense of somewhere to call home, rather than just a place to live.

Ealing’s charm owes itself to the many detached and semi-detached Edwardian and Victorian buildings that are dotted around the area. In fact, it was given the nickname, Queen of Suburbs, thanks to the pretty period houses that line the leafy streets.

There is also a cluster of 1930’s mock Tudor houses and flats, mainly found in Hanger Hill, which tend to rent at slightly lower prices than central Ealing Broadway. Brentham Garden Suburb, near Pitshanger, has a selection of Arts and Craft cottages built between 1901 and 1915; which are bound to appeal. These period buildings, combined with the few modern developments that have been built in Ealing, offer a range of living accommodation options that cater for families wanting to live in larger homes and young professionals who want to embrace the contemporary, high spec living that central London has become known for. 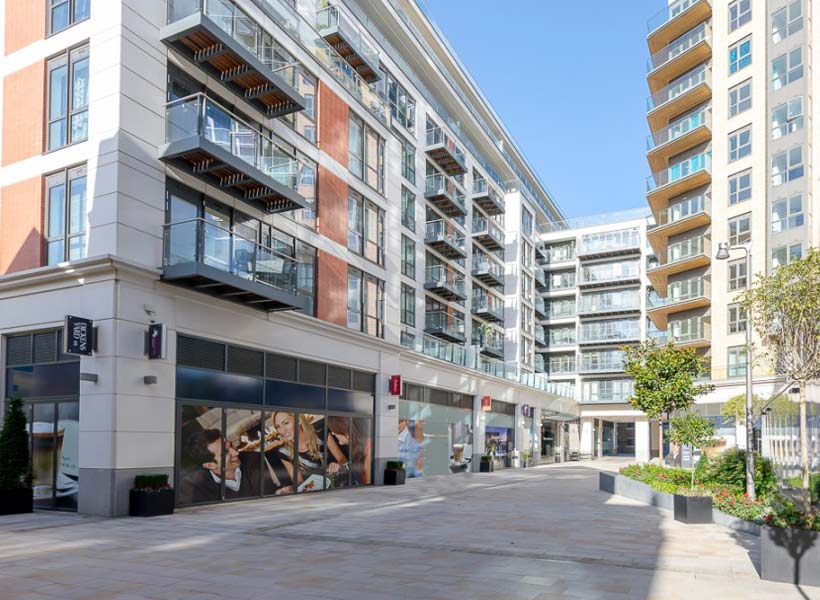 Due to increasing popularity and the overwhelming demand for homes, 2011 saw the launch of the Dickens Yard property development. Its arrival on the property scene in Ealing marks it as a major showpiece for high-end living. The mostly residential development from St. George offers a selection of studio, one, two and three bedroom apartments, the majority of which have a private terrace or balcony.

As well as a location that’s within walking distance of Ealing Broadway Tube and Overground station, the development benefits from on-site amenities which include concierge services, secure underground parking and a fitness suite with a gym, spa and swimming pool. The scenic communal garden takes its inspiration from many of Ealing’s open spaces. Rentals start from £325 per week for a studio apartment.

If you’re interested in renting a property at the Dickens Yard development, contact our Ealing branch, which is situated on-site next to the concierge at the development.

Ealing offers a range of excellent transport facilities that not only take you into the heart of London, but also provides convenient links in and out of the capital. Ealing Broadway Tube station (Zone 3) is served by the Central Line, offering direct services to Marble Arch in 20 minutes and Liverpool Street in less than 30 minutes. This means you can be in the shopping haven of the West End, or one of the busiest professional districts – the City – in hardly any time at all. Ealing Broadway is also served by the District Line.

Crossrail, which will arrive in December 2019 offering services to Bond Street in just 11 minutes, will further boost Ealing’s transport options, making the area even more appealing for those who want to get around London conveniently and quickly.

There’s a train station at Ealing Broadway, giving local residents direct travel services to Paddington in just 10 minutes, while Heathrow Airport is 25 minutes away. That weekend break in Europe has never looked so appealing.

South Ealing, North Ealing and Northfields are on the Piccadilly Line, while Ealing Common is on both the Piccadilly and District lines. Hanger Lane and West Acton are served by the Central Line, and West Ealing benefits from access to a National Rail station.

Another reason so many families move to Ealing is due to the quality of schools in the area. North Ealing and Montpellier are top performing primary schools, while the Japanese School is popular with Ealing’s large Japanese community. Ecole Andre Malraux  is a popular French junior school in Hanwell and West London University is a major university situated opposite Ealing Green.

What to do in Ealing 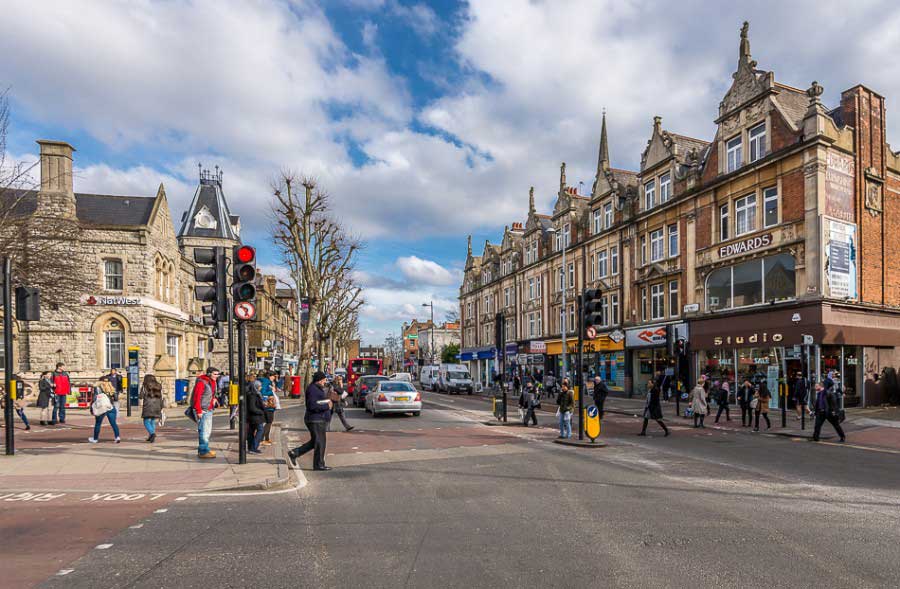 While the open spaces and leafy residential streets are a major draw, the local shopping amenities, combined with restaurants and bistros, provide popular options for residents. Ealing Broadway Shopping Centre is right in the heart of Ealing and offers an selection of shops, which include electronic, clothes, computer games, fragrances, jewellery, food shops and much more.
All that shopping is bound to work up an appetite, so it’s handy to know there are a number of eateries ranging from chain restaurants to independent delights. Those looking for a quick fix can enjoy Nandos and Franco Manca, while independent restaurants such as Charlotte’s Place offers top British cuisine. Maggie’s, an American-inspired diner restaurant, has some of the best milkshakes in town, as well as a selection of popular dishes from across the pond.

Ealing is also home to well-known attractions such as Ealing Studios, which is the oldest continuously working studio facility for film production in the world. Set up in 1902 and located on Ealing Green, it’s famous for films such as The Lavender Hill Mob, The Ladykillers and, more recently, Shaun of the Dead.

Walpole Park is one of Ealing’s main open spaces and features a rose garden, water garden and ornamental pond. As well as being ideal for a scenic stroll or summertime picnic, it hosts jazz and comedy festivals during the summer months.

With all those open spaces, it’s not surprising that Ealing is a popular place to be during the summer. Every year there are many activities, which include carnivals, beer festivals, and numerous comedy and jazz festivals.

Of course, saying Ealing is just a summertime town would do it a huge injustice. A weekly farmers’ market, which takes place every Saturday in West Ealing, has people visiting all year round, enjoying top-quality beef and lamb, to farm-shot rook and squirrel. For more information about famers’ markets, check out our recent blog on the best ones in London.

The completion of Dickens Yard in 2018 and the introduction of Crossrail, means Ealing has a very bright future. Now is the best time to move into the area, before prices rise and popularity hits peak levels. You’ll find great properties, excellent transport connections, a lively High Street and a variety of open spaces. If you are tempted, take a look at properties to rent in Ealing or contact us with your requirements.