Two major London events this month use the River Thames as a backdrop but in totally different contexts. Runners and crowds at the London Marathon are surrounded by buildings and bridges that will be recognised all over the world – great for TV. For the rowers in the boat race, the river is up close and personal with spectators looking down from bridges that aren’t household names. The fact that the Thamescan directly affect the way the boats handle probably makes the event the less predictable and more quintessentially British of the two. 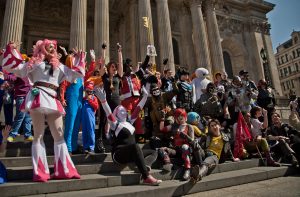 It’s strange that they are still called “video” games as the VHS format has long since kicked the bucket. Anyway, gaming is huge business, easily dwarfing both the music and film industries and unlike those two, it has taken to the online environment like a digital duck to water.

At Somerset House and Tobacco Dock, industry leaders and experts will be discussing future tech, answering questions about investment opportunities and demonstrating new products. There’s plenty of hands-on fun to be had playing new titles and experimenting with characters and plot.

Cocktails in the City – The Vaults, Waterloo 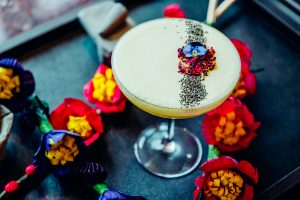 A sophisticated city like London needs elegant watering holes that are classy, yet slightly disreputable and not too fastidious about door policy. The right cocktail bar is an ideal place for meeting people from all walks of life and – as there is no such thing as a rushed highball – you can strike up fruitful conversations with judges, actors and builders alike.

The Vaults are a set of moody and mysterious spaces that are tailor-made for clandestine drinking and dirty dancing. The venue as a whole plays host to a cocktail festival that is eclectic, educational and fun. Uber-trendy mixologists will each recreate their above-ground ambience while serving the most kick-ass drinks in the Capital. Mayfair supper club or Shoreditch hipster hangout? The choice is entirely yours.

The United Kingdom is an undisputed rowing superpower which means that this event will be of considerable interest to those looking to compete at the next Olympics. However, priority will go to an age old struggle over varsity bragging rights with both men’s and women’s almost neck and neck in terms of historical results.

A quick start is vital on the Thames as your opponents will struggle if they have to row through your choppy wake. Zooming up to Fulham Reach, the boats then bear left and head to Hammersmith Bridge before gritting it out past Kew Bridge and on to the finish. There are plenty of pubs along the Thames Path which serve as great vantage points for watching the action. 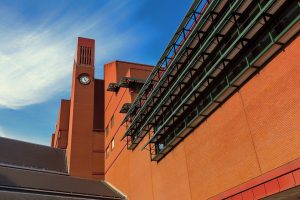 A brand new series of installations push the boundaries of our imagination by combining traditional materials with digital technology. The results take the form of “living maps” that allow us a glimpse into how our city might have grown if exposed to a different set of environmental and social pressures.

Michael Takeo Magruder is the British Library’s artist in residence and has taken full advantage of its digital collection of historic urban maps and transformed them into fictional cityscapes that intrigue and inform in equal measure. Made up of four technology-based art installations, each piece fuses digital and analogue methods. Real-time digital models are enhanced by traditional craftsmanship. With Imaginary Cities, the British Library shows that it’s not just in the business of storing information, but is concerned with constantly generating new opportunities for cultural expression. 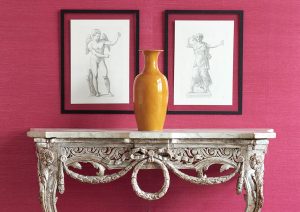 Founded as a family-run business over 30 years ago, this event cottoned on to the fact that antique dealers were the ideal knowledge source for interior designers who were looking for something different. Vintage pieces can add a certain individuality to a space, especially when they are put into a slightly unusual context and this event specialises in sourcing such items.

So go along for the pottery and you might stumble upon something that will make you look at your living space in an entirely new light. Paintings, ironwork, weird musical instruments and exquisite tapestry all take a new lease of life when they are freed from the confines of a period home and may be just the finishing touch your contemporary apartment needs. 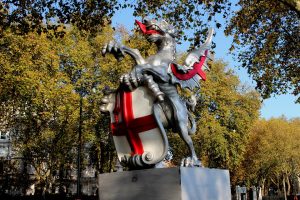 There’s little place for mindless jingoism at this celebration of England’s patron saint. We’ve all learnt by now that St George was a middle eastern knight who probably never set foot in Europe, let alone crossed the channel in order to slay a dragon. He was, however, a brave and honest soul who stood up for the oppressed and has thus been held up as a template and inspiration for our monarchs and rulers to follow. So with that in mind, a new generation seems ready to wave the red and white banner without embarrassment or irony which can only be a good thing.

Enjoying great entertainment, music, tea and cake in Trafalgar Square has become a simple delight in recent years and a wide range of activities are planned in other venues around London. This year’s celebration will focus on the traditional English pastimes of feasting and revelry. Springtime was a time for celebration way before we adopted St George and there will be food stalls, live music and children’s games as Trafalgar Square transforms itself into a village green, complete with bunting and deck chairs. 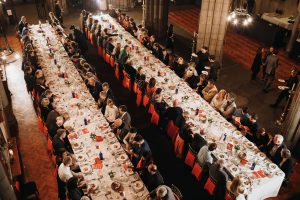 If there was only one London district allowed to host a gastronomic gathering then it would have to be Marylebone. Home to some of the most inventive and skilled practitioners on London’s vibrant restaurant scene, the area is blessed with such culinary temples as Trishna, The Providores and The Chiltern Firehouse.

All these restaurants and many more will be cooking up a storm at the festival. Expert advice will range from shopping for oysters to introducing gin cocktails to your guests. The venue will also host a mini music festival which is to expected in a neighbourhood that is home to so many creative entrepreneurs for whom eating out and trying new things is a way of life. 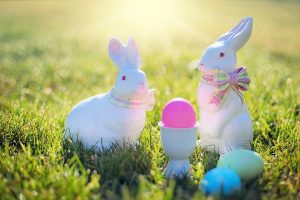 Hampton extends the theme of its annual Easter egg hunt to include history lessons, cooking demonstrations and theme park activities. While kids of all ages will enjoy finding clusters of chocolate treasure, they will also be able to educate themselves about how a commodity from the New World became valued by kings and queens.

The kitchens of Hampton Court Palace played host to the emerging chocolatiers of Europe and visitors can explore the equipment and techniques that inspired what has become a worldwide industry. Many of the eggs will be located in the former jousting grounds created by Henry VIII which now contains a Magic Garden complete with a robot dragon and mystery maze. 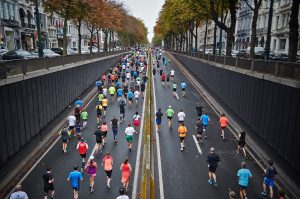 A huge field of runners and a healthy smattering of world-beaters will be vying for top honours in one of the most celebrated road races on the face of the planet. The London Marathon course will include a good proportion of the Capital’s most photographed landmarks with runners also circumnavigating the E14 neighbourhood around Canary Wharf before finishing near the gates of Buckingham Palace.

The starting point at Blackheath will include an army of fun runners, charity favourites and the usual sprinkling of oddballs and madcaps. In the elite race, several international athletes will be attempting to break the world record and as this is one of the fastest fields ever assembled, they may very well succeed. 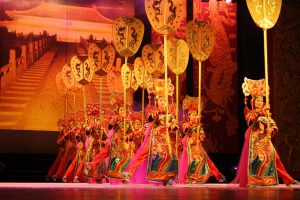 Half dance troupe, half drama company, Shen Yu performers are all entertainment as they execute gravity-defying stunts, delicate ballet and exquisite choreography. The production has as its central driving force, a retelling of myths and a promotion of Chinese culture that focuses on community, harmony and hope.

Backed by a full classical orchestra, the brightly costumed ensemble are also keen to portray spirituality as a way of engaging life’s challenges. This doesn’t detract from the overall excitement though, as the action keeps being moved along by a series of short sketches and dances.