Stately homes in and around London always put their best foot forward during the summer season. Although most of them have some kind of year round appeal, places like Buckingham Palace, Hampton Court and Chiswick House are best viewed when natural light and temperate climate both play their part: after all, queuing outside is more pleasurable when done with a deliciously cold ice cream in hand.

After deposing Cardinal Wolsey for not being able to get him a divorce, Henry VIII spied his former lieutenant’s house and thought he would take possession of it! With his erstwhile lieutenant gone, he embarked on the mother of all refurbishments and ended up with a sumptuous palace, fit for the alpha-monarch of his day.Pride of place went to the gardens which is where this year’s Royal Horticultural Show is based. A special focus will be on female designers (not sure what serial bridegroom Henry would have made of that) and the Butterfly Dome is a perennial hit with kids. Show gardens and vegetable planting advice from Raymond Blanc are other main attractions. 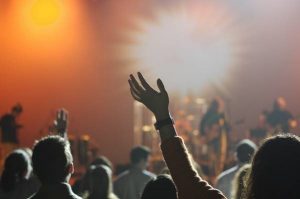 This is an event that has finally come of age and has settled into what seems to be its natural North London habitat. Unlike other genres, urban music relies less on established hit makers and more breaking acts that create maximum buzz, so it’s best to catch some of the talent that appears further down the bill.That said, this year’s line-up sees some genuine star power arriving in London. Cardi B, Migos and man-of-the-moment, Travis Scott will be delivering big beats and raucous rhymes to rapturous crowds. Stefflon Don and Tyga are also guaranteed to create some sonic mayhem of their own.

Like the Notting Hill Carnival, Pride has, for some time now, been as much about celebration as agitation. The event attempts to provide an inclusive platform for all, without losing sight of its outrageous sense of LGBT+ fuelled mischief and in this, it has largely been successful.Attractions include marches, floats, talent shows and even exhibition boxing matches! Main venues will be set up in Trafalgar Square and Leicester Square meaning that the West End will be awash with rainbow colours and flamboyant costumes all weekend.

Forget your snobbish epicureans and artisan hipsters because this is an outdoor cooking extravaganza aimed at the whole family. The scenic grounds of Chiswick House are ideal for a variety of food based activities that are designed to educate and inspire.Apart from chef demos and a focus on locally sourced produce there are plenty of intriguing matchups that invite visitors to compare and contrast. Bake-offs, Cake-offs, Cheese-offs, even Gin-Offs: valuable knowledge and techniques are shared in an enthusiastic and fun-filled setting.

More than a mere fashion designer, Gaultier wove dance, pop and drama into his creative process and the result was a riot of innovation and sass. With this in mind, don’t expect a run-of-the-mill catwalk show because his influence has spread far beyond fashion.Madonna, Kylie Minogue and Luc Besson have all called upon Gaultier’s genius through the years and their contributions have filtered through to this show. Circus routines, special effects and hard dance tracks are all used to tell the story of his rise to prominence and how his hopes for the future.

Whenever the subject of the BBC and its position in the national consciousness arises, supporters point to this 125 year old festival and with good reason. Entertaining, informative and educational, the Proms showcases classical, jazz and folk music from all over the globe.The foundations are from the classical and baroque traditions, but there will also be left-field shows that focus on film music and urban beats. There will be commemorative concerts that remember the moon landings, together with various sci-fi soundtracks that spotlight major film composers. 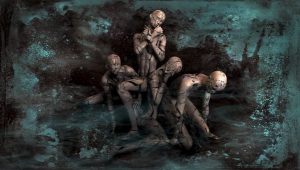 In the early twentieth century, avant-garde painters had so thoroughly disrupted the art world that a reactionary movement became inevitable. That response was known as “Magic Realism”, a sort of “return to order” from the chaotic and the experimental.This exhibition, which focuses on the German origins of the movement, details all the components that these artists were drawing from. Realistic figures and objects that are placed against fantasy backdrops and slightly surreal settings. Pioneer of the movement, Otto Dix features among the seventy pieces on show. 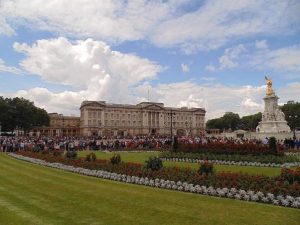 It’s a well known fact that The Queen has a preference for outdoor pursuits and likes to spend as much of her time as possible on her country estates. Buckingham Palace is therefore regarded as her ‘London office’, but that doesn’t mean that it is without its own special charm.Summer visitors will be privileged to view one of Britain’s most treasured art collections, featuring works from Rembrandt and Reubens (our politically correct Protestant monarchs had a liking for the Dutch masters). There will be special exhibitions that commemorate the birth of Queen Victoria and the death of Leonardo Da Vinci, 200 and 500 years ago, respectively.

My tenants have left my rental property suddenly, leaving a car in the garage.  Can I keep the car?

What happens if my landlord’s property is repossessed? Can the mortgage lender evict me?