Two patron saints are celebrated this month and they serve as fitting reminders of the disparate and turbulent forces that forged our nation. Whether you believe the legends of St David and St Patrick or not, it cannot be denied that their legacy of selflessness and sacrifice points towards people from different backgrounds getting along. It seems that Londoners will need to demonstrate the same resolve as the country braces for the Brexit endgame, but if things get sticky, we can at least call on yet another saint – George who is remembered in April. 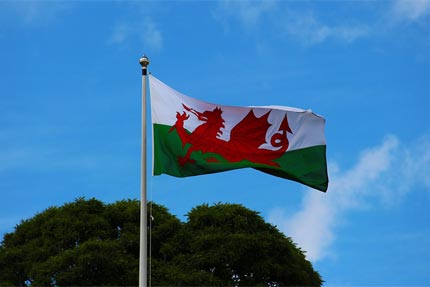 St David’s Day sees the London Welsh Male Voice Choir celebrate the patron saint of their homeland at Methodist Central Hall, Westminster. Aside from the stirring ensemble pieces, there will be solo performances by soprano, Fflur Wyn and tenor, Alun Wyn Davis.

A proud history of singing in Wales means that anywhere there are more than half a dozen Welshmen in the neighbourhood, you’ll inevitably find a male voice choir. There’s nothing that quite sounds like a Welsh choir. Like black gospel, the tradition springs from the working class and has a distinct repertoire that is grounded in songs of faith and hope. 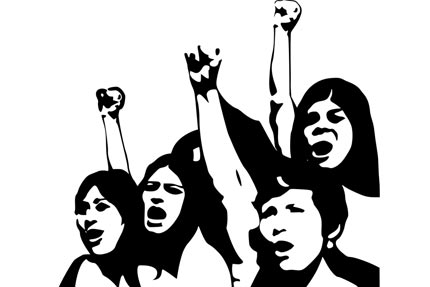 This year’s focus on women’s history is bound to have an extra acuteness zing as institutions the world over continue to feel the power of the #metoo movement. Although we may all feel that the tide is turning against discrimination and ignorance, it doesn’t hurt to look back to see how far women have had to come.

All through March, there will be a sequence of thought-provoking events that are designed to encourage, explore and explain. Witness powerful women talking race, gender and politics at the WOW (Women of the World) event at the Southbank. For women in science, check out the National Maritime Museum. An insightful exhibition charting the history of the suffragette movement can be viewed at the National Museum. 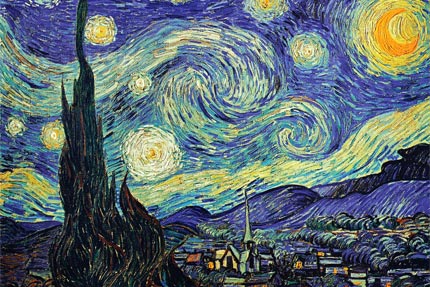 Like many Dutch and French masters, Vincent Van Gogh appreciated the relative stability that Britain offered in contrast to the almost permanent state of revolution that pervaded the continent in the 19th Century. Van Gogh was particularly drawn to the rich literary tradition that thrived here and explored how it affected the work of people like Constable and Turner.

This exhibition puts some of Van Gogh’s most famous masterpieces up against paintings that either inspired him or were influenced by him. The immortal Sunflowers is being loaned from the National Gallery and will be joined by the equally famous Starry Night on the Rhone. Some modern pieces by Francis Bacon will also be exhibited as curators attempt to show the link between Van Gogh’s maverick genius and the modern art movement that followed. 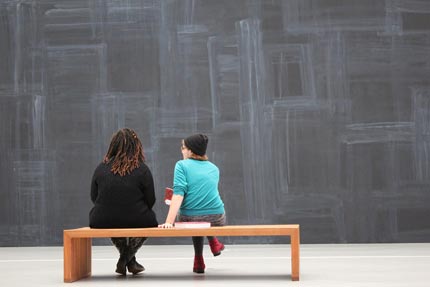 In a London which is bursting with sleek new developments, contemporary art has really come into its own. As a genre, it avoids being pigeonholed into a certain period and is therefore able to enhance a wide range of rooms and spaces. The Affordable Art Fair is an ideal stepping stone for anyone wanting to find that certain finishing touch to their home or even starting a serious collection.

The Spring edition of the event is, as usual, choc full of intriguing items. Paintings, sculptures, photography and prints are all laid out in logical categories and there’s plenty of advice on hand, so don’t be afraid to ask. It’s best to explore gallery by gallery before going deeper by attending some of the featured talks. 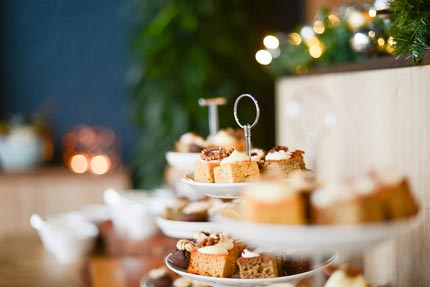 Although modern mums are no strangers to dining out in trendy eateries, a traditional calorie-laden high tea might still lure her out on Mother’s Day. So, hire a cleaner and park Dad in the pub before whisking her off to somewhere nearly as special as her. Restraurants, hotels and even gastropubs are all offering imaginative versions of the traditional afternoon blowout. Scones, sandwiches and fine teas are the basic template, but some venues go further.

The Dorchester, Brown’s and The Ledbury all excel at wheeling out impressive courses of meticulously arranged goodies and are usually clued up about most dietary requirements. In London, there’s a high tea for every kind of Mum. Trendsetters will love the minature cakes at The Berkeley, while literary types will appreciate the slightly decedent setting of Café Royal. Savoury teas are ideal if you’re not going to eat later on and there are vegan and gluten-free versions too. 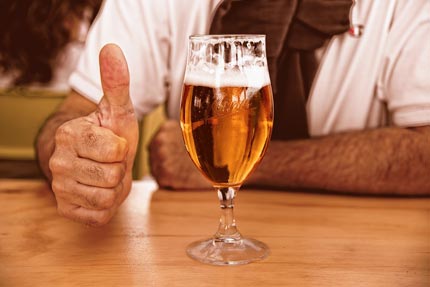 Many Londoners aren’t diehard beer fanatics as such, yet readily enjoy a glass or two with their curry or barbeque. The Wandsworth Beer Festival is the ideal gathering for such a demographic as it differs from the boutique festivals that are springing up across London in that it has a more inclusive attitude to the industry and its customers.

900 real ales, craft beers and ciders will be on show and available from over 30 bars with guided tasting sessions for those who want to explore the techniques and ingredients that go into their pint. Pub quizzes and live music make this a great day out and street food stalls will be serving just the right kind of snacks to keep you going. 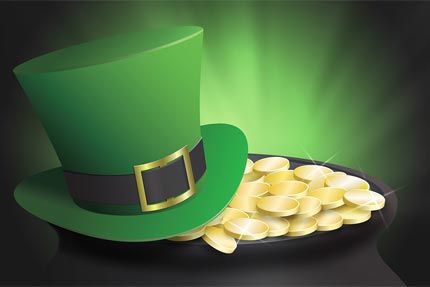 History states that Patrick was an English monk who preached the Christian message to the pagan tribes of Ireland, whereas legend tells us that in driving all the poisonous snakes from the land, he demonstrated the triumph of God over the devil. Whichever story you believe (and why not go for both?), the London version of St Patrick’s Day goes deeper than just a pre-spring blowout in green and orange wigs.

In an event that emphatically demonstrates the ability of the Irish to get on with just about everybody, a parade of themed floats and marching bands will thread through the multicultural streets of the West End before meeting up in Trafalgar Square. After that, it won’t be so much about Irish culture as about the Irish joining in with every culture they bump into along the way. Cheers! 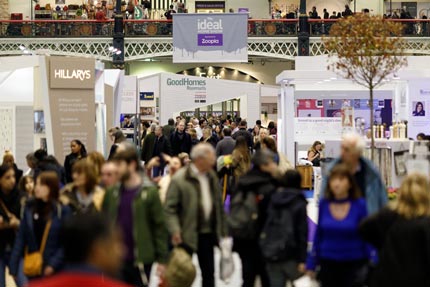 As exhibitions go, this is the big one. Thousands of visitors, hundreds of exhibitors and a host of experts, influencers and media personalities – all under one roof. Whether you want to build an eco-home from scratch or you want to source the perfect gravy boat, the aim of this event, which will include talks by Nick Knowles and Phil Spencer, is to help you realise your dreams.

The Ideal Home Show has been in existence for over a century and although it has been staged in many locations, Kensington Olympia feels like its spiritual home. Style, Interiors, Home Accessories, Homewares, Home Renovation, Gardens, Gadgets and Health & Fitness: these categories tell you just how comprehensive this show is and to make it easier, there will be live music and expert panels on hand to help and guide. 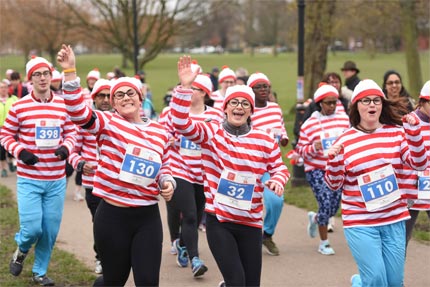 Bobbly hat? Check. Striped jumper? Check. Round glasses? Check. Now all you need are some good trainers and you’re ready to take part in a South London fun run that raises money for disadvantaged kids and gets you fit in the process. You can enter the event and choose between a 5K or 10K workout and there are shorter courses for children.

The run is just one component of the day’s activity that takes its inspiration from a cartoon which involves looking for a bespectacled, striped jumper-clad character named (you guessed it), Wally. Cake stalls, kids’ games and live music ensure that the day goes off with a bang.

Pancake Day – Where the Pancakes Are, Borough 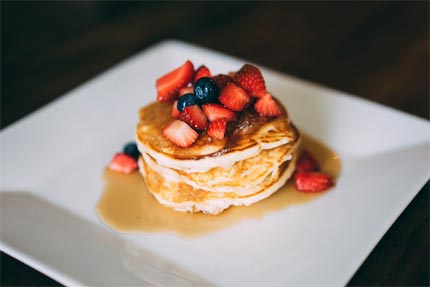 If you’re going to load up on calories on Pancake Day, where better to do it than at a specialist outlet? The pancakes at this restaurant are pure perfection. Fluffy enough to make consuming a stack a joy and not a chore, yet sturdy enough for the most delicious fillings imaginable. It’s a smallish venue and there may be queues, but the wait is definitely worthwhile.

Let’s face it: Pancake Day is a blowout. On the ancient Christian calendar, Shrove Tuesday is the day before the commencement of the forty day fast of Lent which leads up to Easter. Churches, therefore, allowed the peasantry to have a one-off feast; ironic since the average serf was probably on an involuntary lifelong fast anyway. In London, the peasants and their masters are long gone but old habits (especially ones this delicious) die hard.