Biking, open air gigs and the arrival of the Indian cricket team for the World Cup are all signs that the time has come to get out and about in London. The flowering blooms in our backyards, parks and various garden shows are all set to welcome a new addition to the Royal Family and with certain European matters postponed until Autumn, we can all shelve our worries for a while and get on with planning our Summer schedules. 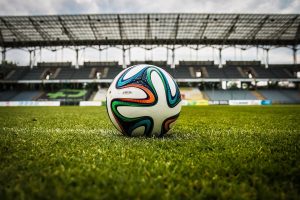 Although the grand slam of three English titles plus the Champions League remains an elusive dream, Manchester City are still in the hunt for the domestic treble and because of that, the FA Cup could be the climax of their season. It won’t be easy as Watford are tough opponents who can surprise any team on their day and in Deulofeu and Deeney, they have a strike force that is enjoying a hot streak.

Nevertheless, City will start favourites because of the sheer amount of international star power that they can call on. Aguero and Sterling will be a constant threat and wide players from both sides will enjoy the expansive Wembley pitch. Neutrals will be hoping for a high-scoring shootout with plenty of incident. Keep an eye out for City youngster Phil Foden who many are tipping for future greatness. He may not start, but should the game be tight, he may provide the vital key for the Manchester superstars.
http://www.wembleystadium.com/events/2019/the-emirates-fa-cup-final

Dedicated to bringing out the most innovative work currently circulating around the London visual arts scene, Photo London has also attracted a
steady stream of international talent since it began five years ago. Gallery collaborations, solo shows and retrospectives are all designed to help visitors navigate the many styles, techniques and topics that make up the current contemporary photography scene in the Capital.

Besides the many exhibitions, there are informative talks and workshops aimed at showing how the art and science of photography coexist, both in the mind of the artist and also in the processes that produce the finished work. Emerging artists have found Photo London to be the ideal launch pad for their ideas and aspirations as it continues to champion new talent and cutting-edge trends.
https://www.somersethouse.org.uk/whats-on/photo-london-2019 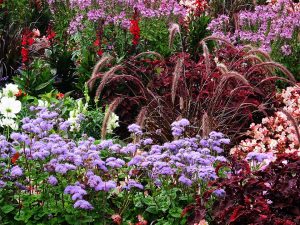 She might marginally prefer to be attending a horseracing event, but apart from equine pursuits, HM The Queen is seldom happier than when she’s surrounded by the blooms and fragrances of the Chelsea Flower Show. Spotlighting the cream of our nation’s carefully tended gardens is a hazily pleasant experience that can be enjoyed by expert and novice alike and when the weather plays its part, it’s almost like visiting a walk-through paradise.

This year sees the Chelsea Flower Show continuing to focus on how gardens can promote health and well-being. Both artisan and show gardens will be demonstrating how sustainability and recycling are become the default template for most innovative garden designs. Beneficial plants, herbs and seeds are also shown to be among this year’s must-grow items.
https://www.rhs.org.uk/shows-events/rhs-chelsea-flower-show 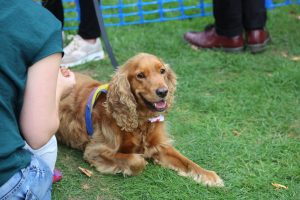 A dog show that is as egalitarian as it is vibrant, the Bark Off doesn’t stand on ceremony. Show dogs are used to a polite, temperature-controlled atmosphere that allows them to show off their sleek coats and fancy moves. Consisting of the polar opposite, Hampstead Heath provides a delightful setting for pooches of all shapes and breeds to cavort around London’s iconic parkland.

Competitions include “cutest pup, “golden oldie” and “best rescue” which gives some clue as to the anti-elitist ethos that the organisation operates by. There is a doggie-themed bake sale that, along with the odd squirrel or rabbit, is bound to test the discipline of even the most steadfast canine competitor.
https://thelondog.com/london-dog-events/great-hampstead-bark-off-2019/ 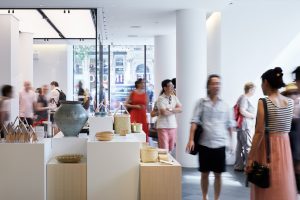 Events like London Craft Week are a large part of the reason why so many skilled artisans are attracted to the Capital. Exhibitors are unashamed in their admiration for the timeless methods that have produced beautiful examples of jewellery, watches and textiles amongst other things.

This, in turn, has provided plenty of inspiration for future generations of craftspeople who believe in getting the message out via showcases like these. Demonstrations, workshops and talks focus on the many young engravers, weavers, watchmakers and jewellers that are breaking through to challenge the big luxury names. There will be plenty of opportunities to get up close and personal with the numerous methods and techniques that are foundational to many of these ancient trades.
https://www.londoncraftweek.com/ 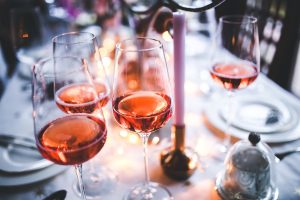 A week long early summer indulgence that both educates and titillates, the London Wine Week takes place at various venues around the Capital. Wine buffs can choose from a variety of pop-up wine bars, alfresco buffets and select fine dining. Guided tastings are an ideal way in which to familiarise yourself with the massive range of wines on offer and are accompanied by delicious canapés and snacks.

Organisers of London Wine Week are of the opinion that messing around with tickets and wristbands takes up valuable drinking time, so an online registration process has been seamlessly put in place. Especially popular are the food and wine pairing masterclasses which are ideal for party planners – both professional and amateur.
https://drinkup.london/wineweek/ 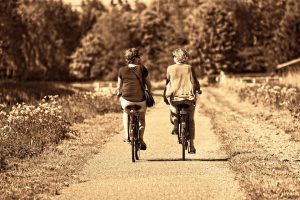 Bike-riding events are becoming a standard feature of life in London, but even the most blasé observer would find it difficult not to smile at the site of the Tweed Run competitors. As the name suggests, all the riders are dressed in the time-honoured uniform of the English landed gentry and seeing them stream through the streets is like being on the set of a Mary Poppins remake.

Speed or performance is not really the point of this event as riders are encouraged to stop off for picnics, high tea and jolly singsongs. The Tweed Run is a celebration of British eccentricity and enthusiasm in the face of relentless modernity and we should cherish and celebrate its presence in the Capital.
http://www.tweedrun.com/ 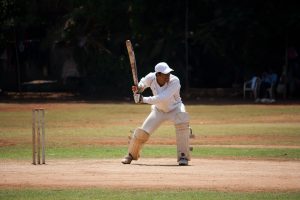 The premiere event of limited overs cricket commences at the famous Oval ground in South London, a venue which has witnessed many glorious moments in the history of the international game. A total of ten teams will compete around the country with hosts England among the favourites, along with the star-packed Indian squad and the always dangerous Australians.

The inaugural match will feature an England side that boasts some of most explosive batting in the modern game, pitting their wits against a South African side full of fielding expertise and big hitters. Watch out for the power plays – a period in the game where fielding restrictions allow batsmen the freedom to launch massive sixes into the excited crowd.
https://www.kiaoval.com/2019-icc-cricket-world-cup/ 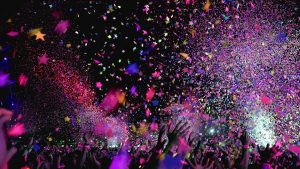 Taking a cue from the stateside phenomenon that is Coachella, All Points East is an open-air festival that is split up between two weekends with arguably the best lineups coming first. The last weekend in May will see The Chemical Brothers, The Strokes and Christine & The Queens headline London’s first major music gathering of the summer.
The bill is packed with an eclectic mix of indie cool and urban smarts. Veteran dance rockers, Primal Scream will rub shoulders with underground hip hop maestro Ge-ology, contributing to an atmosphere that promises to be a giddily creative kick off to London’s festival season.
https://www.allpointseastfestival.com/
Share