In times past, parts of the Capitalsuch as Hyde Park or Kensington were regularly marked off as exhibition spaces and the Victorians loved to spend the whole day there as it freed them from the city’s dust and smoke. Today, London’s clean air and extensive transit networkhas transformed the whole metropolis into an outdoor venue and in many cases, there’s no need for a centralised location. With the help of social media, many events can be spread over multiple sites which, in turn, makes them more accessible and democratic. 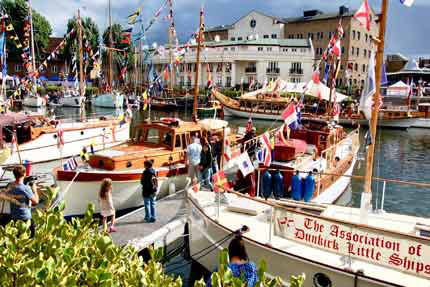 There’s no better way than seeing out the summer by messing about on (and by) the river. Since its inception five years ago, the Totally Thames Festival has found new and innovative ways to celebrate and explore London’s iconic waterway.Nowadays, any celebration of the River has to be more than just identifying the views and the historic houses and this event is fully committed to going beyond mere statistics.

The Thames is a physical component of London that – through good times and bad – has helped its inhabitants work, rest and play. This year will see the launch of many light-themed installations that are guaranteed to boost your instagram page. They’ll be dotted along both banks of the River and will provide focal points for boat displays, special food stalls and live music performances. 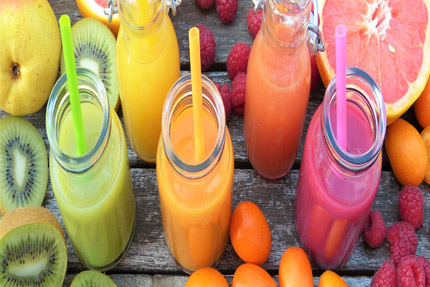 For many foodies, the vegan diet became interesting the moment that it started making use of credible dairy alternatives. This proved to be the key to a host of great menu options, such as pizzas, toasties, cupcakes and other fun stuff that had been previously been off limits for dedicated vegans.

This event will showcase just how far this culinary movement has come from its worthy, but fairly dull beginnings. Apart from snacks and treats for the kids, there are healthy Prosecco and beer options for Mum and Dad to try. (The GM stands for Greenwich Market – not genetically modified!). 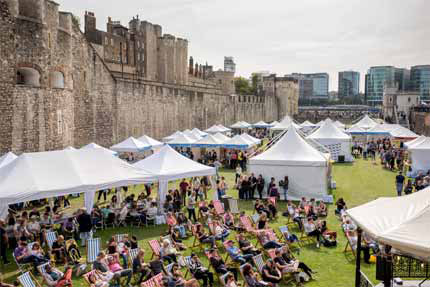 The ravens at the tower have been scavenging for a thousand years, but they won’t be allowed near the fabulous food that is on offer during this lip-smacking event! Artisan food stalls will be selling their delicious wares against the medieval backdrop of London’s great castle and there’s plenty of room for kids to stretch their legs and play traditional outdoor games.

Chef demonstrations come courtesy of Emily Roux, Chris Bavinand Dr RupyAujla. Live music will be supplied by The Deps Duo, SOS Party and (intriguingly) the ABBA Sisters. Drop in to stock up on hard-to-get condiments, grab a dirty burger and bop along to live pop hits while sampling an artisan G’n’T. Being sent to The Tower has never been so much fun! 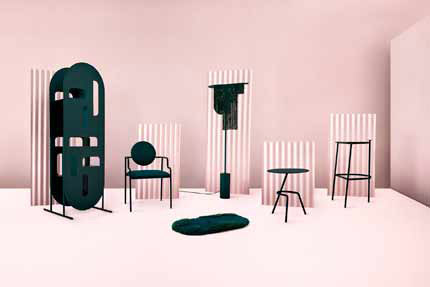 Forget about design venues, this event trades in design “districts” and design “routes”. Artistically speaking, the whole of London can be considered a palette upon which talented teams can construct, enhance and reimagine and to this end, Paul Cocksedge and Sam Jacobs have been commissioned to create innovative installations in the City and Kensington, respectively.

From Bankside to Brompton: there will be countless examples of street art and functional sculptures as the festival seeks to get everyone involved.Of course, if you want to view creativity in the context of four walls, you have the option of going to the V&A museum or many other centres of excellence that are involved. 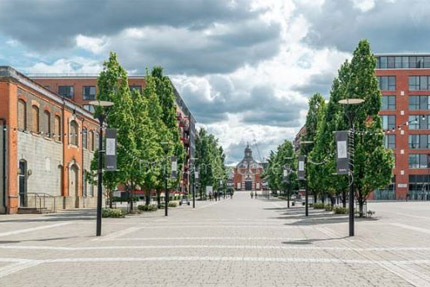 Because of its maritime and military past, Woolwich has often been viewed as aneighbourhood devoid of the cultural weight and profile of more celebrated areas. This is far from an accurate representation because international traffic and trade was a fact of life here as far back as the 15th Century. Artists and musicians trod the cobblestones of this riverside community before anyone had even thought of Hampstead.

Created at the same time as Totally Thames, the Woolwich Carnivalshares the same vibrancy and desire to educate as well as to entertain. Through music, dance and food, the inhabitants of this up-and-coming borough tell a story of resilience and openness which will stand them in good stead as the neighbourhood forges stronger links with the rest of London via the new Elizabeth Line. 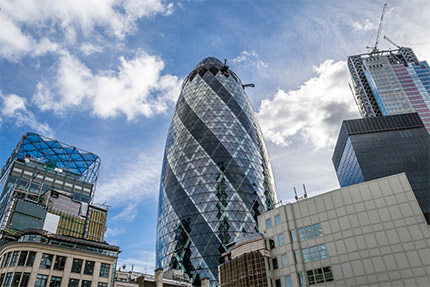 Givingpeople the chance to visit theplacesthat they normally only get to see from the outside helps bridge many social and cultural gaps. Open House is a vital part of this thinking and dedicates whole weekends towards theunveiling of many prominent landmarks. Large corporate and state structures can sometimes intimidate so opening them up after hours is definitely healthy.

The sheer variety of buildings taking part is mind-boggling. Stately homes, commercial units and even disusedtransport hubs are just some of the unlikely venues that can be explored and therefore bemade accessible. Planning your visit so as to cover as many sites as possible is definitely a good idea and the organisers behind the initiative have helpfully provided online guides to help you maximise your journeys.

Join London’s Japanese expatriates and lovers of all things “Kawaii” as they extend a big “Konichiwa!” fromthe heart of the West End. Japanese culture continues to intrigue, fascinate and baffle in equal measures in the West, but with a little investigation its vibrancy and energy can prove inspirational.

The Matsuri (Japanese for festival)taking place in Trafalgar Square will be a disarming mix of ancient rituals and the typically zany appropriations of pop culture that Japan tends to throw up and excel in. There will be authentic food and drink available and a string of live performances. Get ready to do the “Ibuki” dance which is a series of moves designed to make you look cuter than a peach coloured Pokemon. 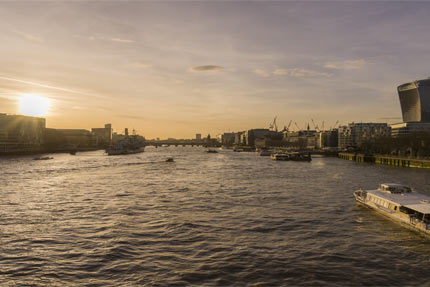 An aquatic version of the London Marathon anybody? In fact that description is near enough accurate, except participants get to choose whether they navigate the course using a kayak or a paddle board. The course in question is along the strip of the Thames that runs from Hammersmith to Greenwich and unlike its land-based running event, it can be watched from the comfort of your favourite riverside pub.

Culture vultures can station themselves at the finish line on the steps of the National Maritime Museumwhich has just reopened it’s Painted Hall after restoring the wall and ceiling frescoes to their stunning original glory. In fact, the weekend before the regatta will see the hall host a choral evening to mark the refurb so it wouldn’t be a bad idea to make the trip to Greenwich twice.